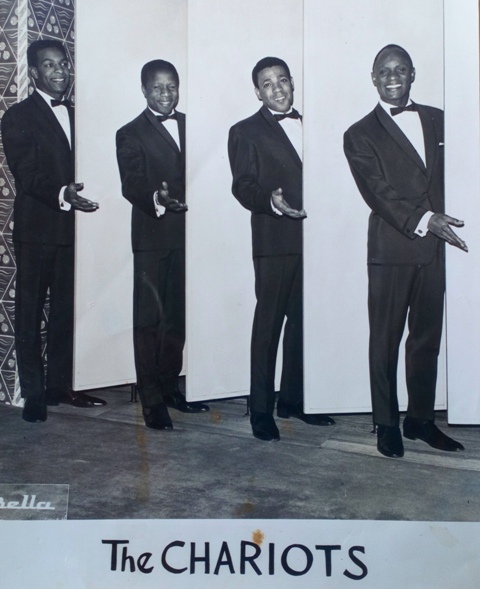 As the autumn leaves started to fall and the promise of a challenging 2022 winter in the UK drew closer, a musical collection landed in my life that not only brought back the sunshine and optimism of the 1960s, but also personal memories for me, as the daughter of one of the artists.

The CD set Gotta Get A Good Thing Goin': Black Music in Britain in the Sixties, issued by Cherry Red Records, is a wide-ranging trawl of black singers and performers who were then finding their feet in the UK music scene – some more commercially successful than others.

The wide-ranging four-disc collection takes in the top names of the period and those who found fame later: Jimmy Cliff, Millie, Shirley Bassey and other luminaries of the era are all present and correct. It features many tunes that still echo in the 21st Century landscape (CD 2 includes covers of I Can’t Get No Satisfaction and Can’t We Be Friends) and shines a light on songs that would today fall into the “one-hit wonder” bracket.

But it was the fourth and final CD which drew my attention and my loyalty. For there, about two-thirds of the way through, I found my father’s old group, The Chariots. What? No internet references for this group? I’m going to have to do something about this.

Who were The Chariots? I hear you ask.

Their name doesn’t stir much recognition these days. But after notching up many stage and even TV appearances in the early 1960s, they earned the short-lived reputation of being “Britain’s answer to The Drifters”. In those days, everybody was the “answer” to an American musician or actor.

It was my father Ken Ransome’s last band before he turned back to his training and instinct (he’d worked in the labs in South Trinidad’s oilfields) to earn a more reliable income to bring up three children.

But he never gave up his love of music. Growing up, I would hear him singing in the bathroom every morning before going to work. He loved the TV entertainment programmes of the 1970s. He could relate anecdotes of working with half of the people on screen and tell you which of these superstars had been nice to the young black singers who jostled for space in the crowded 1960s music scene.

Back to the CD. The Chariots’ track is Problem Girl. It was released in 1962 on the Piccadilly label.

The group were formed of lead singer Liverpudlian Jimmy Hinds; Keith Lardner; my Trinidad-born father; and Nigerian-born Frank Manner, who had been a member of another group featured on the box set, The Southlanders.

Sadly, Problem Girl was their sole release. The breakthrough that my father and his bandmates had worked so hard for never came. Only his wife, children and friends would know the passion that sat behind that smooth Nat King Cole-style voice which often boomed out on Sundays at home and, later on when my parents retired to Trinidad, captivated church congregations of people eager to tell me what a wonderful voice my father had.

My family have the tune from other compilations (we made sure we sent copies to everybody when Here Come The Boys, a CD of 1960s boy bands, was issued). I still have some of the group’s 1960s publicity material and can remember singing (badly) from the Problem Girl song sheet that he kept in the piano stool at home.

Listening to this tune 60 years since its issue, in among other tunes of the time, it is amazingly harmonious and sunny. I realise that The Chariots’ lack of progress said more about the fickleness of the music industry at the time, where you did as you were told by music executives or you simply didn’t cut another record.

Its lyrics (“You’ve got a thousand guys, just dangling on a string...”) pay homage to a “heartbreaker” of a girl who clearly has the hearts of all the boys.

It is a boppy, but short tune with all the harmonies of the time. Keith Lardner is the baritone, my father Ken is the honey-voiced singer. He also did the Nat King Cole covers on stage when they toured with big stars of the day, such as Little Eva and Brian Hyland, and toured across the UK, Europe and Turkey.

Disc four is a snapshot of the musical aspirations of a generation following the post-war Windrush arrivals. Those featured in this box set would have arrived in late 50s and early 60s Britain, going into the music business to showcase their take on American-styled blues music, doo-wop, gospel, pop, ballads and, of course, their own creativity.

Also on this CD is the Trinidad-born musician Winifred Atwell who became a boogie-woogie piano queen selling more than 20 million records. My father’s mention of her in the 1970s as a distant cousin did nothing for my practice skills for a sequence of Royal School of Music piano exams –  way too much to live up to!

Jamaican-born free jazz musician Joe Harriott and his quintet are there too with the track Liggin’. His music is seeing something of a revival in this century, with critics belatedly hailing him as a major British Caribbean innovator.

Change on the horizon

Even though many of the sounds are clearly American-influenced, it is distinctly of 1960s Britain, even to the final tune on CD 4 – Geoff Love’s Orchestra and their rendition of the theme from long-running British soap opera Coronation Street.

It was a musical scene which was soon to be relegated to cabaret and Saturday night TV light entertainment. In October 1962, the Beatles’ first single Love Me Do was released, setting off sweeping changes in the music industry: suddenly the UK was leading the way, with US artists scrambling in the wake of what became known as the British Invasion.

The whole CD set feels like a dive into a 60-year-old wave of musical optimism in Britain, with many of the earlier tracks still steeped in a 1950s cosy vibe.

I wonder what my late father would have made of this box set. He would probably have given me chapter and verse on who recorded what, at which studio and a list of the backing musicians. He had a musical encyclopaedic mind which lasted well into his later years.

Problem Girl still appears sporadically on CDs and music streaming, reflecting the rise of black British music in the 1960s. I take my hat off to the people who do this level of research to dig out these treasures from another era.

Musically, I didn’t live up to my father’s musical ambitions. My voice was never that tuneful, but good enough for radio, helping me to shine as a radio correspondent in the Caribbean in the 80s and then as a broadcaster with BBC’s World Service radio and TV for 18 years. However, my brother’s keyboards skills growing up indicated that some of that spontaneous musical talent had spilt over to one of us.

This CD set is a snapshot of a streak of optimism that ran through the black community in Britain, even in the face of extreme racism in a society with very little concept of the equal opportunity that people demand today.

Today’s aspirations might not have been so possible if this long line of optimistic musicians, artists and actors had not laid down an alternative narrative for black people, much needed at the same time as the much-publicised activists and pioneers that we celebrate today.

Debbie Ransome is the former Head of the BBC's Caribbean Service and is the Managing Director of Caribbean Intelligence.

·         Gotta Get A Good Thing Goin': Black Music in Britain in the Sixties is available on the Strawberry label, part of Cherry Red Records.

Ts&Cs: Use promo code BEACHES100 to apply an additional £100 saving off new bookings to Beaches Ocho Rios made between 14-31 Oct ‘22. Minimum stay: 7 nights.