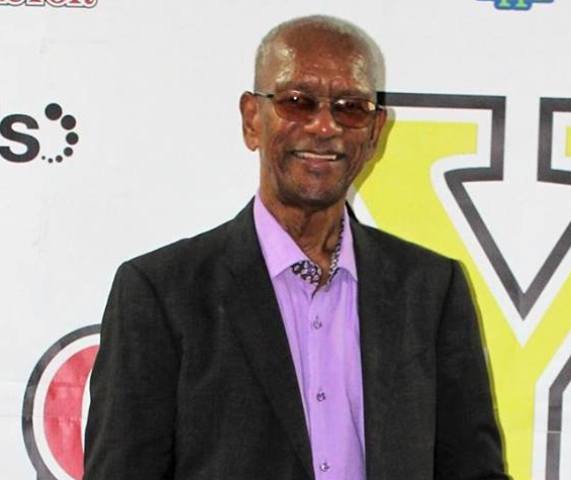 Last month a report appeared indicating just how important one of the Caribbean’s overseas territories has become in facilitating global trade.

The study ‘Creating Value: the BVI’s Global Contribution’, commissioned by BVI Finance from the international research consultancy, Capital Economics, showed that the despite the country’s size, it has managed to create a sustainable balanced economy based on tourism and financial services; and that the islands have become a significant and recognised international facilitator for cross-border trade.

The report, which provides an evaluation of the economic, financial and fiscal impact of the territory and its investment vehicles on the world economy, indicates that around two fifths of the 417,000 active BVI registered companies originate in Asia, holding assets with an estimated worldwide value of US$1.5 trillion, or roughly two per cent of global gross domestic product. It also demonstrates the role the BVI plays for major companies listed on the London, New York and Hong Kong stock exchanges.

Capitalising on the BVI’s role

The study’s findings were cited by the Islands’ Premier, Orlando Smith (pictured above), at a recent Joint Ministerial Council meeting with British ministers on exiting the European Union. There, Dr Smith used the information it contains to indicate how, if the UK wanted to develop a larger global trade footprint, it might, upon Brexit, capitalise on the global role the BVI, and by extension some other British Overseas Territories now play.

“Given our strong relations with many countries with which the UK aims to make trade deals, we are hopeful that our strong partnership with the UK will only be further enhanced as the UK exits the EU”, the BVI Premier was reported as having said.

His remarks, point to the unusual situation that some of Britain’s overseas territories now find themselves in, as Britain starts to negotiate its departure from the European Union (EU); suggesting that the relationship may require reconceptualising.

Although little publicly emerged from the joint meeting in London with the British Government, the Caribbean overseas territories participating -  Anguilla, the British Virgin Islands, the Cayman Islands, Montserrat, and Turks and Caicos -  have now all made clear their Brexit priorities and the unique problems they now face.

They want to find ways to retain the benefits they presently enjoy as a result of the UK’s membership of the EU; to participate fully in the new trade opportunities the UK hopes eventually to negotiate globally; and to ensure their voice and concerns continue to be heard in Europe so that they remain able to influence EU27 decision making on matters of concern.

More specifically, all Caribbean overseas territories say they wish to retain for their people, free movement within the EU27 after Brexit.  Under existing arrangements most are full EU citizens, so can at present travel freely within Europe enabling them to work, study, reside and do business. This has particular additional significance in a regional context as it enables those in the English speaking overseas territories to travel freely into the neighbouring French département d'outre-mer (the DOM) and the Dutch speaking islands.

Unfortunately for the overseas territories, there is no clarity on how any British citizen wanting to travel in, work, study or reside in the EU will be treated after the UK formally leaves the EU.  As the UK has made clear, ending free movement is a red line issue, making it hard to see how a waiver or opt out for its overseas territories might be possible.

All Caribbean overseas territories also say they wish to have a continuing dialogue and trade relationship with the EU 27.

They see practical value in having their voice heard in Brussels and in being able to influence European decisions on issues of significance. This particularly applies to financial services regulation by the EU, and in relation to trade access for those Caribbean overseas territories exporting not just to continental Europe, but also to Europe in the Caribbean in the form of the French DOM, and the islands within the Kingdom of the Netherlands. For example, in a recent exchange with a select committee of the House of Lords it became clear that Anguilla is concerned about the export of its fish to St Maarten, and the BVI is interested in developing an export oriented fisheries industry.

In addition, a probably less complicated issue to resolve is the wish of all overseas territories to see the EU’s financial commitment under the 11th European Development Fund (EDF) fully maintained up to 2020, while ensuring continuing eligibility for support from EDF regional programmes, the European Investment Bank, and the general EU budget. At present, the EU provides millions of Euros to support development programmes in all overseas territories in areas from the environment to trade development and education.

They feel that the UK should continue to fund such EU programmes up to 2020 – a possibility the UK has shown an interest in exploring – and after that, consider how either to continue such support, or alternatively create a new overseas territories development window through the Department for International Development.

While the UK continues to retain overall responsibility for its overseas territories, in recent years its role has become of significantly less economic relevance, as the recent BVI report shows.

Most territories have advanced constitutions, largely viable political systems and in some cases a much higher standard of living than exists in many developed nations - the BVI for example report a GDP per capita of US$32,500 and an annual trade surplus of US$45m - suggesting the need to reconsider the ways in which they are regarded by Britain.

At present, all of the UK’s Caribbean overseas territories wish to remain a part of the UK family. However, it is conceivable that if a new, more balanced or mutually dependent relationship with the UK of the kind suggested by the BVI and Cayman cannot be established, for some overseas territories, Brexit could become inextricably linked with constitutional advancement.