Only outcomes that improve lives will demonstrate the CSME matters 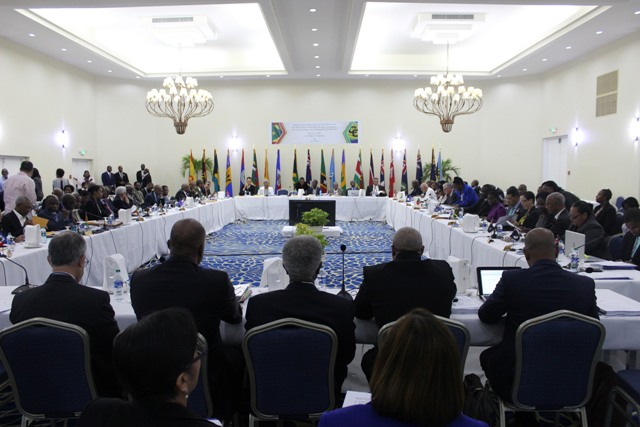 Most in the political class say that what drives them to seek high office is a desire for change in ways that will improve lives. However, in power too many become remote, caught in the web woven by bureaucrats, foreign powers or their colleagues, allow themselves to be corrupted, fail to deliver, and resort to empty rhetoric.

Having worked with multiple politicians in the Caribbean and Europe over more than four decades it has always seemed to me those most likely to succeed were the women and men able to mix intellectual agility, a sense of what touches the lives of others, an ability to speak well from the heart, a genuine social commitment, and the recognition that they were there for their citizens.

Above all the best politicians (and by extension their officials) recognise that the true measure of success - beyond the obvious requirements of guaranteeing security, ensuring public health, and providing good governance and economic management - is being able to make a positive difference to ordinary lives.

For this reason, the continuing emphasis that Barbados’s Prime Minister, Mia Mottley, Prime Minister Holness and others are now placing on implementing measures at a regional level that make a difference to daily life, is not just important but what some in the region belive may mark the last chance of maintaining CARICOM’s credibility with their voters.

Last week at the Ninth Prime Ministerial Sub-Committee Meeting of the Single Market and Economy (CSME) Ms Mottley’s opening words sought to remind fellow heads and regional officials that the CSME is nothing if it does not bring tangible benefits or, as she put it, “a definable difference”.

Speaking specifically about the long overdue implementation of measures relating to inter-regional free movement she said: “I refer specifically to the need for us to make life easier for those of our free citizens, and by citizens I don’t only mean individuals, but companies, who want to move between our countries, and who want to do so without having to re-register and pay significant sums of money in each territory in order to do business.”

At the closing press conference this more citizen-centric focus was apparent. The CSME sub-committee recommended an expansion in the categories of free movement, an insurance system for bank deposits, improved food security in relation to natural disasters, a single jurisdiction for companies to boost cross-regional investment, and the creation of a regional law reform centre to develop model laws applicable in all jurisdictions.

Despite the welcome “renewed vigour” the proof of the pudding in each case will only come when individual and corporate citizens experience the benefits.

Unfortunately, CARICOM and the region’s governments do not have a reassuring history in relation to CSME implementation. For decades, reports have been commissioned, meetings held, and decisions taken with no public indication of timelines, or who should be held accountable for non-delivery.

There are signs, however, that this may be changing along with a greater willingness to involve more closely social partners in whose name past decisions have been taken often without reference to their interests.

Speaking in Barbados, CARICOM’s Secretary General, Irwin La Roque, stressed the need to put in place a system of consultation at both the national and regional level that “more intimately” includes the private sector, labour, youth and other stakeholders. “This will make for more effective decision-making and implementation while creating the feeling that we are all in this together”, he said.

In a further hopeful indication that at least the nature of the implementation deficit is recognised, it became apparent a few days before Heads met in Barbados that CARICOM was moving to abandon its scatter gun approach to national delivery. Instead it is seeking to encourage member states to adopt a proactive focus on national execution through a new management system intended to guide the execution of its programmes through ‘constant monitoring, reporting, and accountability’.

According to CARICOM Deputy Secretary-General, Manorma Soeknandon, the Secretariat is to produce a first results-based management report from the CARICOM Secretariat in the first quarter of 2019.  This she suggested would show “where the bottlenecks are, who is falling short and what interventions we need to take.” It would then be a matter for the media and public to hold to account those responsible, including member states, for not doing what they are supposed to do, she said.

While this initiative has promise given CARICOM’s lack of executive authority, it fails to guarantee action as it requires the force of domestic political pressure to cause governments and bureaucracies to overcome their inertia and respond in an efficient manner.

Few would doubt the need for a more assertive and incisive media, but comment is no substitute for having a genuinely representative regional body able to ask difficult technical questions and hopefully receive answers. Particularly lacking in this respect is any well-funded regional vehicle with a formal voice that might enable all social partners to consider CARICOM’s management reporting and to hold publicly to account those responsible for delivery in governments and regional institutions.

Judging by what was said after CARICOM Heads met in Montego Bay in July, the content of the Golding Report, and now Ms Mottley’s desire to drive politically the regional agenda in her capacity as Chair of the CSME Sub-Committee, is having some effect.

Hopefully, the presence at the Barbados sub-committee meeting of Prime Ministers Holness, Gonsalves, Harris, Browne and President Grainger reflects an awareness that the time for ‘business as usual’ has passed.

It remains to be seen, however, whether later this year all Heads of Government agree not just to the practical proposals that have been made, but to sustain the momentum by undertaking the national technical and political work needed to ensure delivery.

If nothing observable happens in relation to the long overdue recommendations coming out of the Barbados meeting on the free movement of labour and capital, it will hardly be surprising if citizens begin to question more robustly why millions of taxpayer dollars are being spent on a regional process unable to demonstrate its worth.