World War One and the Caribbean 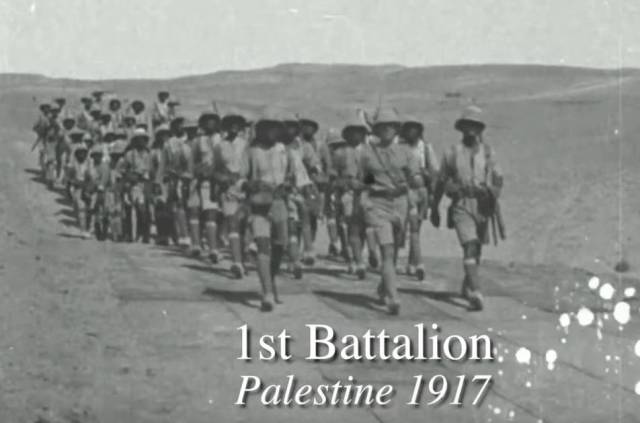 Amid the huge media focus on the 100th anniversary of World War One, not so much is said about the contribution of the smaller parts of what was then the British Empire, including the Caribbean.

The West Indies, as it was known at the time, certainly provided its fair share of troops: official records indicate that 16,000 volunteers joined the British West Indies Regiment. The region also became an important source of donations and food for the British forces and those on the home front. The Caribbean was an important source of “men, money and munitions”. With a little digging, Caribbean Intelligence© has pulled together these accounts of the Caribbean’s Great War.

In his book The Empire at War, Colonial Office civil servant and British historian Sir Charles Westwood Lucas first documented the war histories of the imperial “big five” – Australia, Canada, New Zealand and South Africa. In volume two of this work, he documented the contributions of the West Indies. The Caribbean’s rum, sugar, cocoa and lime juice were vital for the British forces and also needed in Britain. Other not so well-known products included mahogany from British Honduras (now Belize) to make propellers for planes, sea island cotton for balloons and Trinidad’s oil for the Royal Navy. Germany was fully aware of this supply and used extensive submarine action to try and cut off the supply of foodstuffs and other supplies from the Caribbean to Britain. The U-boat activity made it so difficult for supplies to get in and out of the region that the 1917 Vegetable Produce Act was introduced in Barbados, making it compulsory for landowners to plant a designated amount of land with vegetables. Some historians argue that World War One and the decline of the UK-West Indies connection led to the growth of American companies making gains in West Indian markets.

Sir Charles Lucas’s book outlines the use of Jamaica as a recruitment hub during the Great War. He wrote that, after New Zealand, Jamaica was the next country to introduce compulsory military service. The British West Indies Regiment (BWIR) sent its first conscripts for training in Sussex in 1915. Later on, training was also provided in Alexandria in Egypt. He said that the Regiment’s 11 battalions served in France, East Africa, Mesopotamia and “distinguished themselves” in the Jordan Valley.

But according to the Imperial War Museum, the initial formation of the BWIR “did not give soldiers from the West Indies the opportunity to fight as equals alongside white soldiers. Instead, the War Office largely limited their participation to 'labour' duties. The use of BWIR soldiers in supporting roles intensified during the Battle of the Somme as casualties among fighting troops meant that reinforcements were needed in the front line”.

The Imperial War Museum points out, however, that several of the BWIR battalions deployed to Egypt and Palestine were mostly used in support functions “such as guarding prisoners and holding reserve posts and outposts, although in 1916 the War Office relaxed its opposition to the BWIR being used in combat”.

The West Indies Committee’s records indicate a more active combat role for the BWIR’s first and second battalions (see video below). It also recorded the initial reception of BWIR troops in beleaguered Britain as “huge and mighty men of valour”.

The BWIR’s work, according to the Imperial War Museum, involved “digging trenches, building roads and gun emplacements, acting as stretcher bearers, loading ships and trains, and working in ammunition dumps. This was a difficult and little-remembered posting”.

It seems that as the war dragged on and Britain needed all the help it could get, it eased restrictions on the role BWIR men could play. The Imperial War Museum said: “In July 1916, 500 men of the BWIR were also sent to fight in German East Africa. There they were engaged in guarding the railway line captured from German forces, manning communications posts, and finding and capturing German ammunition dumps.”

In the spirit of #LestWeForget, it’s worth a browse through the Imperial Museum’s no-holds barred description of the discrimination faced by West India Regiment soldiers during the Great War. Here’s a case in point:

“In 1918, BWIR soldiers were denied a pay rise given to other British troops on the basis that they had been classified as 'natives'. The increase was eventually granted following protests by serving soldiers and the various island governments. Tensions brought about by this sort of treatment eventually came to a head in Taranto, Italy in December 1918. Frustrated by their continued use as labourers whilst waiting for demobilisation, men of the 9th Battalion attacked their officers in a mutiny that lasted four days before being quelled.”

The Museum concluded: “Many of the West Indian men who returned from fighting in the 'Great War' came home with a sense of grievance. They had answered Britain’s call. They had fought in a war that was not of their own making, yet played their part in the eventual defeat of Germany and its allies. But they had still faced discrimination for their colour.”

A group called the Film Hub has collected interviews with veterans to produce the film Mutiny, which it described as a story of World War One and the Black struggle for pride and freedom. It used eyewitness testimonies of veterans, official documents, and archive photos to tell the story of the BWIR.

Sir Charles’s book of the time outlines another aspect of the West Indian contribution - the massive fundraising effort. He stated that the West Indies contributed a total of around £2m in cash to war funds, the British government and British charities. West Indians even made hardwood walking sticks which were donated to Britain’s wounded.

The West India Committee’s lottery-funded website The Caribbean’s Great War provides an amazing insight into the region’s experiences. Its digitised records include rare photo archive snapshots of life in the West Indies at that time, contemporary newspaper cuttings, fundraising appeals, reports on soldiers’ successes and patriotic poetry. Its photo gallery is a no-commentary snapshot of start-of-the century life in the West Indies and life for the troops it sent to the Great War. To a viewer today, they are also a disturbing, unfiltered peek at a colonial Caribbean.

The website includes a video looking at the start of and the wartime role of the BWIR:

The records paint a picture reminiscent of this year’s Windrush revelations – of a people asked to help and extremely willing to step up to the plate, then sent back to their homes afterwards with expectations dashed.

Remembrance Sunday, however, recognises the contributions from the Caribbean in both World Wars which are observed across the Caribbean and by their official representatives in the UK and North America.

On the home front: World War One and the Caribbean – Caribbean Beat

Jamaica in the Great War

The Empire at War – Commonwealth Round Table