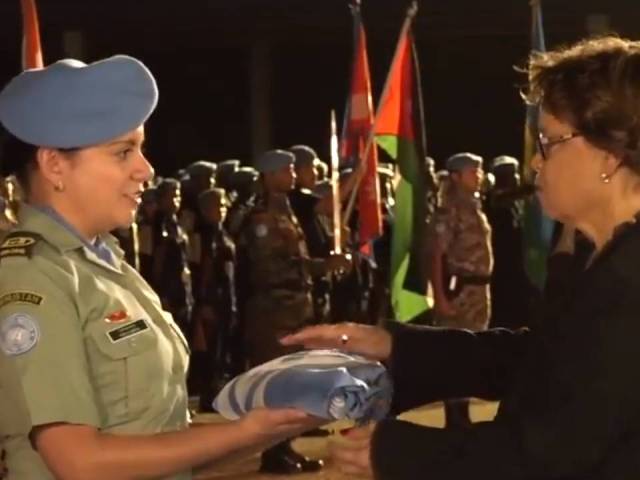 The full United Nations peacekeeping force pulled out of Haiti on 15 October after a 13-year mission, leaving behind a smaller mission, composed mostly of police and civilians, called the UN Mission for Justice Support in Haiti (MINUJUSTH).

The former mission left behind a mixed legacy of support for the 2010 earthquake recovery, building up a Haitian police capacity but also legal accusations of peacekeepers bringing cholera back to Haiti and of sexual assaults on local people.

Caribbean Intelligence© gathered some of the highlights of the UN peacekeeping departure:

Sandra Honoré speaks about the UN’s time in Haiti

Al-Jazeera: UN peacekeepers leave Haiti: What is their legacy?