“We ting” and the Oxford English Dictionary 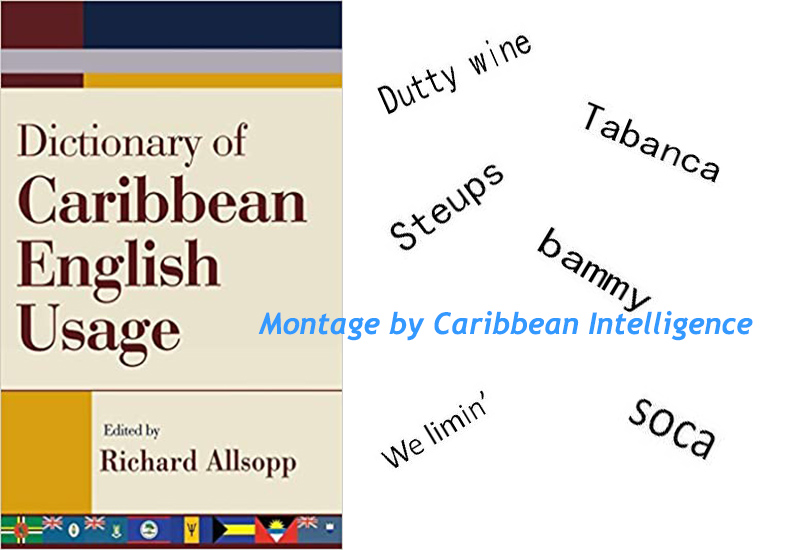 The English-speaking Caribbean’s way with words has already inspired a number of excellent home-grown phrasebooks and dictionaries. But now the font of global English references, the Oxford English Dictionary (OED), has been brushing up on its Caribbean-specific words and expressions.

A second edition was subsequently issued by UWI, but now it’s time for another update. Jeannette Allsopp and OED researchers spent a year gathering material for the new round-up of Caribbean-specific words and phrases, with sources ranging from colonial administrative documents to song lyrics and Twitter posts.

Dr Allsopp is based in Barbados, where she continues to gather developments in Caribbean English, French and Spanish. Her passion for the project led her to work with Richard and, when they married, they continued to log and record variants of Caribbean words in a number of languages. Jeannette continued the work when Richard died in 2009. Over nearly 40 years, their work has covered the entire Caribbean, with Jeannette publishing supplements on Caribbean Spanish usage and other languages.

“The OED is a world-class institution,” Jeannette Allsopp told Caribbean Intelligence. “It’s the most prestigious dictionary in the world and has a worldwide reach.”

In this latest edition, Dr Allsopp also used the internet for updating some of the terms and words. She did point out that she was careful in some areas, as we can’t “believe everything we read on social media”.

The forensic OED method of verifying every word and every citation has led to a lot of fact-checking because, as Dr Allsopp points out, Caribbean English is one of the oldest forms of English - older than American English.

She said that the first recorded versions of English were to be found in St Kitts in 1624 and Barbados in 1627. The spread of trade – for better and for worse – took Caribbean words and phrases across the globe. In turn, the influences of African languages and varieties of Irish, Welsh and Scottish English all left their mark on the Caribbean way of speaking and writing.

Dr Allsopp told Caribbean Intelligence: “It is an extremely important variety... [The OED] helps to export it across the world and show that it has value and is a viable form of English and a colourful variety of English.”

From calypso to dutty wine

If you’re of Caribbean origin or have friends or links there, turn away now as we outline some of the entries and updates in the latest OED.

In a similar vein, the phrases to wine, wuk up and dutty wine also feature. While most of us know what these words mean, how many of us knew that the word “dutty” was first used in 1853 and has become mostly used in the Caribbean only in more recent times.

If you’re annoyed at this article and you’re sucking your teeth, that’s an age-old tradition, first recorded in 1835! It seems we’ve been using this oral form of disdain for a long time. Of course, the less used word steups is also in the OED. Apparently, it was first written down in 1952.

The OED has always had a soft spot for food terms and this update is no different. The research spans the whole Caribbean – from bammy in Jamaican cookery to tum tum in Tobago and casari (an alcoholic drink of fermented cassava juice and sweet potato traditionally made by indigenous peoples) in Guyana and Suriname.

We at Caribbean Intelligence do not want to be accused of sucking this subject dry and earning the term of soucouyant (a person, typically an old woman, believed to shed his or her skin at night and travel in the form of a ball of fire, and to suck the blood of victims while they sleep). By the way, this term dates back to 1887.

So we’ll refer you back to the roots of this OED project, the Dictionary of Caribbean English Usage, the custodian of a rich linguistic tradition for a quarter of a century. May we continue to need updates...