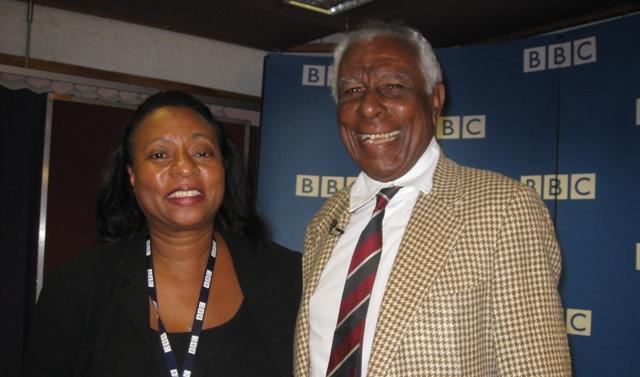 As the Royal Force (RAF) marks its 100th anniversary, tales of its brave veterans have come to the fore. Caribbean Intelligence this week features some of the World War Two memories of Trinidad-born Ulric Cross, who died in 2013.

During an exciting life, Ulric Cross travelled from Trinidad to serve in the RAF – he won the Distinguished Service Order (DSO) and the Distinguished Flying Cross (DFC). In his obituary, Britain’s Telegraph newspaper described him as “thought to have been the most decorated Caribbean airman of the Second World War” who went on to “enjoy a distinguished career in Trinidad as a judge and diplomat”.

After leaving the RAF, Cross went on to work with the BBC’s World Service and as a judge on the Trinidad Court of Appeal, as well as notching up 30 years’ legal service in Commonwealth countries in Africa and the Caribbean. He also served as the Chairman of the Commonwealth Foundation and later as Trinidad & Tobago’s High Commissioner to London.

The RAF veteran gave his last BBC interview in September 2010, when he spoke to the corporation’s Caribbean Service Head, Debbie Ransome. Debbie, now the Managing Editor of Caribbean Intelligence, shared some excerpts and highlights from the interview.

Find out more about the Black RAF

Ulric Cross as a serviceman taking part in the film Hello! West Indies – From The British Film Institute

Windrush and a deeper Caribbean legacy

Plans to make a film about the life of Ulric Cross