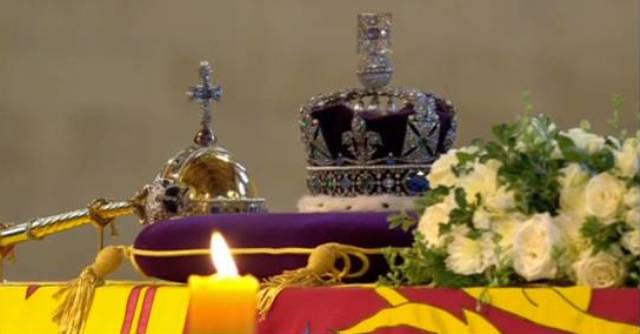 The late Queen Elizabeth was widely revered for her sense of duty, her wisdom, advice, and the continuity she provided. As Head of the Commonwealth and as Britain’s monarch she represented selflessness and dedication rather than self-interest. She believed in the higher authority to whom she is now accountable. This and her ability to respond with great subtlety at critical moments at home and abroad meant that her real-world influence was significantly greater than most understand, and in a much-changed world unlikely to ever be seen again.

In 2018, Commonwealth Heads of Government accepted that as King, the then Prince of Wales, Charles, would succeed his mother as the head of what is now an organisation of fifty-six nations, the majority of which are Republics. Whether this arrangement will continue with his heir, or as some Commonwealth governments privately believe, see the role and duties rotate between Commonwealth nations, will emerge over time.

However, it will now be for Queen Elizabeth’s successor Charles III and perhaps more importantly his heir, Prince William, the new Prince of Wales, to adapt the role and find new ways to promote their vital endeavours relating to the environment, climate change, minorities, history, and the value of all faiths, in ways that re-educate and encourage change at home and in the Commonwealth.

An important element of this will be the way they present themselves in relation to the failure of many in Britain to understand their colonial history, and the unwillingness of some now in high political office to address rationally and publicly the issues and consequences, let alone accept that the Commonwealth is an association of equals.

In a recent editorial, The Guardian newspaper noted that while the monarchy has been involved in what it described as skirmishes with the government in relation to the Windrush scandal, deportations of undocumented migrants to Rwanda, and has acknowledged the legacy of slavery, it has not been able to change its post-imperial political delusion that the Commonwealth is an alternative to the European Union.

What has been striking in Britain in recent days, particularly in some parts of the media, has been the failure to comprehend that any decision to become a Republic, whether in the Caribbean or elsewhere in the Commonwealth, is a matter of sovereignty, and does not denote an end to a state’s continuing commitment to the Commonwealth or its Head.

Worse, it suggests that some in Britain still believe the country has some authority over nations that went to independence in some cases more than half a century ago. It is a view reflected in opinions previously expressed by some now senior figures in the British government who criticised Barbados’ decision to become a Republic on the basis that the island was in some way responding to a siren call from China.

That same incomprehension could again be seen on display following the passing of Queen Elizabeth in the media reaction to a comment made by Antigua’s Prime Minister, Gaston Browne, to ITV News about why the island was considering becoming a Republic. Unsurprisingly, he said it was the final step in becoming “a truly sovereign nation," and was a matter for the people to decide and did not demonstrate any form of disrespect or hostility.

Subsequently, as my friend and fellow commentator Sir Ronald Sanders, Antigua’s Ambassador in Washington explained in a column, Caribbean nations wishing to become a Republic meant no disrespect to the Queen, or any diminution of their high regard for her worth, it “was simply a practicality.”

The two most senior members of Britain’s Royal Family understand this and have indicated that it is up to the governments and peoples of the Caribbean and elsewhere in the Commonwealth to decide who they want as head of state. There is also the sense that over time the ties that bind the Anglophone Caribbean to Britain and the monarchy may come to be shaped through a Commonwealth in which evolved relationships emerge.

Notably, when William, the now Prince of Wales, visited Belize, Jamaica, and The Bahamas earlier this year, he recognised that many in the Caribbean want a different relationship with Britain, and redress for past wrongs. During the visit he and his wife who are generationally different, worthy of respect, and live lives as near to normal as their status allows, made clear that their conversations in the Caribbean had “brought into even sharper focus questions about the past and the future.”

The “future is for the people to decide upon,” he said. “For us that's not telling people what to do. It is about serving and supporting them in whatever way they think best, by using the platform we are lucky to have.” “Relationships evolve. Friendship endures.” He also accepted that “the appalling atrocity of slavery forever stains our history” and appeared to accept that he may not be elected head of the Commonwealth. His remarks were ground-breaking in that they suggested that the old order will not prevail forever.

In the Anglophone Caribbean its institutional arrangements and values remain close to those of Britain. There remain important ties through the diaspora, the overseas territories, co-ordination on many international issues, and for example real-time support on matters ranging from security to climatic disasters, but much else including trade and investment is diminished.

Quite rightly the Caribbean’s young people think little about Britain, other perhaps than as the former Imperial power.

This suggests that what may really matter far into the future is the reimagining of the Commonwealth as a free and equal association of nations that include Britain, as an organisation with a clear role, common purpose, and shared programmes wherever a commonality of interests exist. The likely decision by Australia in the coming years to become a Republic within the Commonwealth may help shape this.

There are indications that the new King and his heir may want to initiate a dialogue about the future with Commonwealth Government leaders, some of whom are privately sceptical about the organisation.  In this they may be constrained by some in the new British government who are hostile to what they see as the liberal or ‘woke’ views held by the new monarch, fearing they might impede aspects of their political project, ‘Britannia Unchained.’

For these reasons, this should be the time when quietly, Caribbean Heads of Government, and where they remain, Governors General, should initiate with their counterparts across the Commonwealth a dialogue about what they hope for, and when it might be appropriate to launch such a conversation.

David Jessop is a consultant to the Caribbean Council

Earlier columns can be found at https://www.caribbean-council.org/research-analysis/

Sir Shridath "Sonny" Ramphal is the longest-serving Commonwealth Secretary-General - 1975-1990. This tribute is with the kind permission of the author.