Oil, the environment and the Caribbean 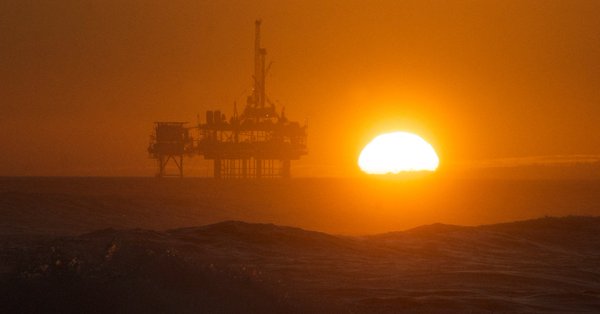 Earlier this month Exxon announced that that it had made a major new oil find off Guyana. It was, it said, the largest since it began exploration there in 2015. The company’s statement followed one last June advising of a ‘world-class discovery’ on another well, and before that, announcements about four other commercially exploitable finds.

What this and Exxon’s recent request to the Guyanese government for permission to drill up to 40 new wells after 2022 suggests, is that the country is about to become a major oil producer in the Western Hemisphere.

Although various groups within Guyana have expressed concern about aspects of the country’s first revenue-related petroleum agreement with Exxon, and there are uncertainties about the extent to which the Republic will see downstream investments, the finds are expected to have a transformational effect when oil begins to flow in 2020.

In concrete terms it means that the country in the medium term is likely to experience rapid economic growth and full employment, the upgrading of much of the country's infrastructure, the opening of the country’s hinterland and most likely Brazil’s landlocked Roraima province. This will not just change Guyana, but the way the world sees it and the Caribbean; turning South America’s North-East corner into a development hub, especially if as seems possible Suriname and French Guiana also become significant producers.

Despite this, concerns exist about the likely environmental impact of this and other oil and gas related prospects on the region.

For some time now, small but very active national environmental organisations with popular support have been arguing that the region’s fragile eco-system, its bio-diversity, as well as its dependence on tourism, do not suit it to hydrocarbon exploration or extraction. They suggest too that it sits uneasily with the Caribbean’s high profile global stance on climate change, greenhouse gas emissions, and sustainability.

Their voice is being amplified by powerful, well-resourced international Non-Governmental Organisations such as the World Wildlife Fund, Oceana and others, that are willing to mount international campaigns and fund legal action.

In a demonstration of the power of local and international lobbying, Belize, at the start of this year, placed a permanent moratorium on oil exploration and mineral extraction in its offshore waters.

The decision, unanimously endorsed by the country’s legislature, recognises the need to protect its fragile barrier reef, which has the status of a world heritage site and is a major tourist attraction. It followed years of national and international lobbying, legal challenges, the involvement of some of the world’s leading environmental organisations, and the participation of high-profile celebrities.

For a small economy, this is a significant political and economic step as it sets aside the possibility of substantial future revenues from oil. It suggests that the country’s future growth will now depend on tourism, agriculture, fisheries, and enlarging its services sector, while maximising the use of hydropower, biomass and waste for energy.

It has the effect of placing Belize in a regional category of one, while shining a light on others in the region hoping to benefit from offshore oil and gas.

In Barbados for example, Ministers say that if oil or gas is found it should solely go for export and that the proceeds would be used to finance renewable energy, education, and to transform the international business and professional services sector. While it has granted licences to the Australian multinational conglomerate, BHP Billiton to explore off its south-east coast and to the Spanish company Repsol to explore to the Northwest, government has said that such operations now and in the future need to take place in a way that that is compatible with tourism and fisheries.

Barbados is also interested in the creation of regional norms. Speaking about this last year, Senator Darcy Boyce, the Minister responsible for energy in the Office of the Prime Minister, said that when it came to offshore exploration, risk assessment, disaster management planning, and disaster recovery, the region required a common approach. He also suggested partnerships to avoid inter-regional competition for licenses, the need for shared offshore platforms, and the standardisation of governments’ approach to taxation.

Whether there is any regional appetite for this remains to be seen, not least because exploration is moving ahead elsewhere.

For example, Tullow and its partners continue to prospect on a huge block to the south of Jamaica on the Pedro Banks, while the Bahamas Petroleum Company remains optimistic about an area it is exploring to the south-west of Andros and hopes soon to drill soon a first exploratory well near the Bahamas’ maritime border with Cuba.

In the Dominican Republic there is interest in initial studies that relate to gas off the country’s north and south coasts; Cuba hopes before long to encourage interest in an area of deep water where its sea boundary adjoins that of Mexico and the US; and Grenada’s government has said that the Russian- backed Global Petroleum Group has found indications of gas close to the country’s maritime border with Venezuela.

Notwithstanding, the issue of offshore oil, gas and other minerals beneath the Caribbean Sea is likely over time to become more contentious.

New finds raise questions and ambiguities about sustainability, climate change, renewables, the role of multinationals, corporate responsibility and much more. They are also likely to influence international relations, and at worst drive confrontation or conflict.

Understandably, the Governments of the region want to reap the economic and social benefit from what may lie beneath their territorial waters. However, they are likely to come under increasing pressure from growing numbers of concerned citizens, environmental activists, the young, those like fisherfolk whose livelihoods depend on unpolluted seas, and the tourism industry.

Caribbean politicians need to do much more to explain to explain how they intend to manage the future balance between much needed growth, hydrocarbon extraction, and the region’s fragile ecology.

Previous columns can be found at www.caribbean-council.org.

Oil and so much more: Attracting investment for Guyana (2017)