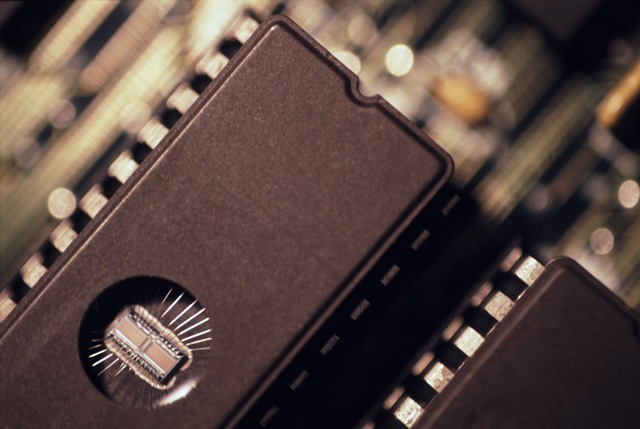 If like me, you listen regularly to the BBC World Service, you may have heard a recent item about an extraordinary leap forward in technology which, over time, could lead to clothes and even shoes being produced using a domestic 3D printer.

Although the idea it is still at the level of ‘aspirational’, the technology exists. The concept and implications are explained in an online TED talk given in 2015 by Danit Peleg, an Israeli designer who is already producing garments in this way. In it, she set out how, soon it will be possible for creative talent in remote locations to sell under licence their digitally converted clothing designs to owners of 3D printers. The buyer would download the software, and print at home or elsewhere made-to-measure versions of designer clothes using new bio-degradable materials that will ultimately make clothes recyclable

The concept has so far only been applied to haute couture by Ms Peleg and a small number of other designers. To become commonplace, it will require a dramatic reduction in the cost of 3D printing and some technical refinements. However, it is an indication of how new and lateral thinking in relation to technology will not just disrupt established industries, but before long offer small nations and creative individuals distant from the world’s largest markets the opportunity to leap the commercial constraints imposed by their geographic boundaries.

It is an example of how disruptive new technology is becoming, and the need for small Caribbean nations that have barely caught up with the end of preference to look much further over the horizon.

In recent weeks, this column has sought to illustrate the significance of the new long-term thinking on tourism, which seeks to develop the supply side of the industry in ways that capture much greater value for the Caribbean economy and those who work in the industry. It has also previously focussed on the importance of the region becoming a global logistics hub and coming to recognise that a part of its future wealth lies in and beneath its seas.

What however is much less apparent is whether any thought is being given to the effect that a world moving rapidly towards the use of artificial intelligence in manufacturing, financial services, and agriculture, or the effect that internet enabled remotely delivered services will have on the region’s existing industries or future economic growth.

For example, what does the future hold for Caribbean agriculture if nations in South America mechanise to the extent that crops produced on large acreages are tended by robotic driverless machines, operated remotely by a single farmer? Listen to the farming programmes in Europe and North America and it is immediately apparent that within twenty years this will be commonplace, reducing labour requirements, the cost of production and of many foodstuffs, affecting all crops including those that are industrially processed.

In the Caribbean some creative individuals are finding tech-related solutions to break down the distance between them and the consumer markets they want to sell into.

The best example is perhaps surprisingly a private Cuban company, Clandestina, known globally for its ‘Actually, I’m In Havana’ t-shirts.

The clothing label has a flagship shop in Old Havana, and a witty online presence which features t-shirts which carry its designers’ graphics. To avoid the complications of US legislation, tariffs and shipping, it offers its product on its website. It then makes the selected designs available through a US manufacturer that uploads them, prints, produces, and ships the finished garment to customers around the world. What the company has found is a way to deliver its creative content commercially in the most complex of situations.

In the Anglophone Caribbean too, some socially led companies are developing alternative ideas and ways to support their remoteness, particularly to leverage the growing desire of millennials to own or experience something authentic.

In Guyana, Wabbani, an environmentally committed company, is marketing online artisan products which fit the exact specifications of certain kitchen and furniture products made by IKEA, the global household brand. Utilising the skills of local artisans around Yupukari in the Upper Takutu-Upper Essequibo where Wabbani and its associated environmental projects are located, it is selling such handmade, culturally authentic items through an e-commerce platform that links rural craft workers to markets in the developed world. It has in much the same way sought crowdfunding globally to finance its project’s development.

A very different example relates to Cuba’s rapidly growing number of highly trained IT specialists. In its nine years of its existence, Cuba’s Universidad de Ciencias Informáticas (UCI) has graduated thousands of computer scientists with many now establishing independent software design and coding services. These are delivered through self-employed groups within Cuba offering non-state outsourcing facilities to foreign enterprises.

Such examples are however isolated, individually-led and unlikely to bring huge economic gains. Although welcome they do not suggest a region thinking comprehensively about where its productive sector will be in another twenty-five years, or what the impact of the rapid changes taking place in technology will mean for education, or on a fragmented region with high labour costs and climatic vulnerabilities.

Unfortunately, there is little space in the Caribbean for incubating the new out-of-the-box thinking that exists among many of many of the region’s bright, creative and increasingly tech-savvy services-oriented young people.  While regional and national ICT initiatives exist, these are unlikely to encourage inspirational thinking about the future.

This suggests governments or the UWI ought to be inviting individuals from leading-edge Silicon Valley type companies to take seminars across the region that consider how the extraordinary technological changes now taking place globally will impact the Caribbean.  Such companies have become deeply conscious of their social responsibility and are looking for projects to engage with that demonstrate their developmental commitment.

There may also be value in CARICOM nations exploring Cuba’s new emphasis on rapidly digitising almost every aspect of Cuban life, and whether it might consider at a regional level its IT graduates helping support the transformation of Caribbean informatics.

Much of the Caribbean entered the twentieth first century trying to catch up rather than look at what is happening globally and new opportunity. If history is not to be repeated, more thought needs to be given to future proofing the region.