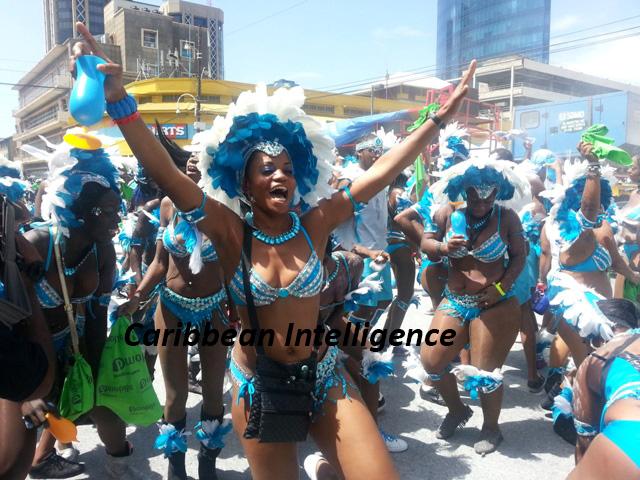 It’s that time of year again when several parts of the Caribbean are counting down to Carnival. Many territories have chosen to move their festivals to different times in the year but some keep to the pre-Lenten schedule with a January to Carnival Tuesday series of events which peak ahead of Ash Wednesday.

In 2018, the shortened Carnival season because of an early Easter has meant different things across the region.

Post-hurricane Dominica is pressing on with a smaller but determined series of events. Trinidad, which hosts the biggest pre-Lent Carnival outside of Brazil, is cutting its cloth to suit in the face of oil price fluctuations, while Haiti’s theme reflects the rebuilding of a country after quake, hurricanes, floods, cholera, the UN and a certain president’s remarks.

So Caribbean Intelligence© has decided to leave the politics behind and delve into our picture archives of Carnivals past, to put a smile on all our faces and set us up for the party to come.

Many in Trinidad prefer the band designers to provide a spectacle that avoids the beads and bikinis.

Hence the popularity of Brian MacFarlane who bowed out in 2013 with his band "JOY: The Finale!".

Dominica holds its Carnival at this time and boasts of offering an alternative to Trinidad's big bands.

These pictures from Dominica's Tourism Authorities show off the strength of Dominica's Carnival (Mas' Domnik) which attracts visitors from the Caribbean, France and French Caribbean neighbours.

In 2015, then President Martelly looked out on the evening parade.

Of course, the Carnival has spread across the globe to places where the Diaspora has enough numbers to celebrate its Caribbean roots.

At the Labour Day Carnival in New York, Carnival becomes a potpourri of all Caribbean cultures in one place.

Notting Hill Carnival also has its roots in the homesickness hitting Trinis in London in the 1950s.

Even though today's Notting Hill Carnival has morphed into Europe's biggest street party with bands, food and music from all over the planet, Trinidadians (and their offspring) manage to keep the flag flying in London.

Caribbean Intelligence will be following the regional carnivals in pictures and words through to February.

Our What's the Buzz feed keeps up with the tweets on pan, bands, costumes, fetes and Carnival preparation.

Do also check out other Carnival articles in our archives.