Better understanding of the complexity of the diaspora is required 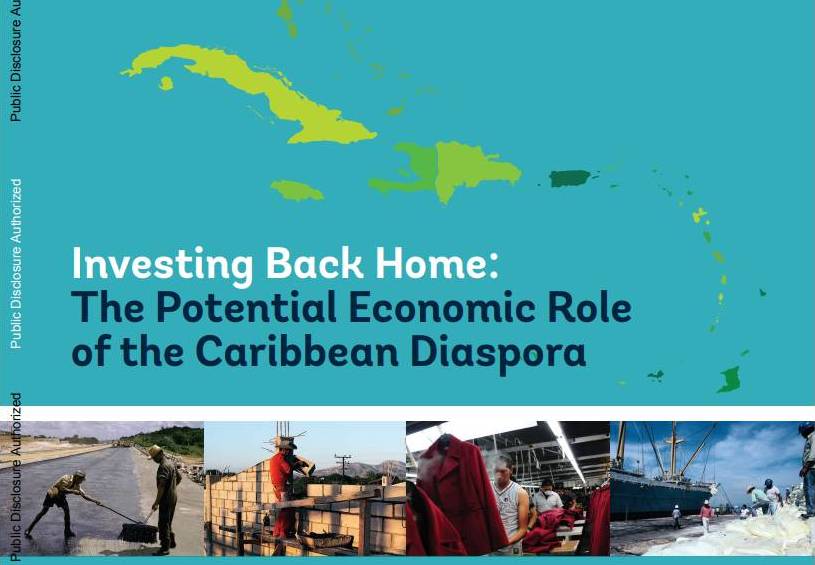 When it comes to harnessing the power of the Caribbean’s sizeable diaspora in North America and Europe, much of the recent emphasis has been on encouraging investment.

This approach, in part, stems from two World Bank Group studies, one in 2013 and another in 2016.

The more recent of the two responded to a desire by Caribbean Central Bank Governors to know more about the diaspora’s potential for investment. The report, ‘Investing Back Home: The Potential Economic Role of the Caribbean Diaspora’, offered recommendations that might help mobilise diaspora capital.

The World Bank determined that although members of the diaspora were relatively active and quite enthusiastic about investing in the Caribbean, the forms of investment they undertook were quite limited. They were in three areas: non-productive investment in housing for retirement; support by relatives for entrepreneurial activity in small and micro-enterprises such as agriculture; and to develop businesses based on skills acquired overseas, such as information-technology, outsourcing, and nursing homes.

In contrast, a much smaller group of higher net worth individuals in the diaspora the Bank noted, were making larger passive investments through diversified holdings or investment vehicles. It also observed that a few wealthy individuals, particularly living in Canada, were playing important investment and political roles, both where they lived and where they or their families had come from.

As one might expect, the World Bank’s focus was on delivering macro-economic answers as to how Caribbean nations might in future direct sizeable productive investments from the diaspora into public or private sector projects.

What was largely missing was any sense of the ways in which a complex new Caribbean Diaspora is evolving, or how the region might sustain a relationship with those who might now be the parents, grandparents or even great grandparents of the original migrants.

Members of today’s Caribbean’s overseas community are no longer homogenous and have very different aspirations, outlooks and politics. They have become socio-economically divided to an extent that the use of the word Diaspora obscures the different experiences and trajectories of the individuals who came from the region and those born overseas.

This is not to underplay the social problems that many in the diaspora still face, but to suggest that tens of thousands of people of Caribbean heritage have succeeded economically, inter-married, assimilated, and have come to play roles that are increasingly remote from the region.

Nor is it to suggest that that the emotional attachment to the region has gone, but to contend that not enough thought is being given, particularly by Caribbean governments, to the likely motivation a successful individual in the third or even fourth generation might have when it comes to maintaining or restoring their connection with the Caribbean.

What is still singularly absent is any detailed socio-economic research about what is happening to the Caribbean’s diaspora in North America and Europe.

Some Caribbean companies - those engaged in selling product to the Caribbean community and seeking mainstream crossover, or those that provide money transfer services for remittances - are undertaking market research; but there is little detailed reliable public information about the evolution of the region’s communities overseas.

Hopefully this will change, not least because understanding the complexity of the Caribbean’s overseas community has a direct future relevance to the region’s capacity to mobilise political and economic support in North America and Europe.

Helpfully, some Caribbean Governments, tourist boards and others now recognise that they require better information if they are to actively market the Caribbean as a destination and as a location for tourism related investments to achievers in the diaspora.

“Our agencies will aggressively court partnerships with the diasporic communities and provide incentive structures to leverage their investment in accommodations, entertainment events, transportation, food and beverage, booking and sales services and other small businesses that are linked to the tourism sector”, he said.

What he and others recognise is that successful individuals in the diaspora, whose connections to the region may be attenuating, are increasing in number and require a new approach. For example, to attract those taht take expensive long-haul vacations with their families or friends, a very different Caribbean marketing strategy is required: one that speaks to heritage, family, ancestry and experience, allied to all else that a country is selling from beaches to quality hotels.

The publication believes that diaspora travel has been highly under-represented in the UK travel market and that relevant travel offerings aimed specifically at this growing market segment need to be established by mainstream travel companies.

To obtain a greater understanding, the publication collaborated with a travel industry specialist to survey over 1,500 Caribbean and African travellers resident in Britain. What its interim research showed was that diaspora millennials were leading the way with 48 per cent of respondents in this category travelling overseas one or more times a year, with many seeking cultural experiences.

More generally, however, Caribbean nations have yet to work out a coherent strategy to address or seek the support of an overseas community that has become more socially diverse, and potentially remote. Some politicians have recognised the need to engage with newer generations overseas knowing that if they do not do so now, the value of such engagement will be lost forever. Most have not. What is needed is a much better, properly researched understanding of what now constitutes and motivates the many different parts of the Caribbean’s overseas communities.

Background news analysis on the Caribbean and the Diaspora

Amazon Prime Student: Get FREE One-Day Delivery on millions of items, stream thousands of movies and TV shows, plus get access to exclusive student offers [UK only].