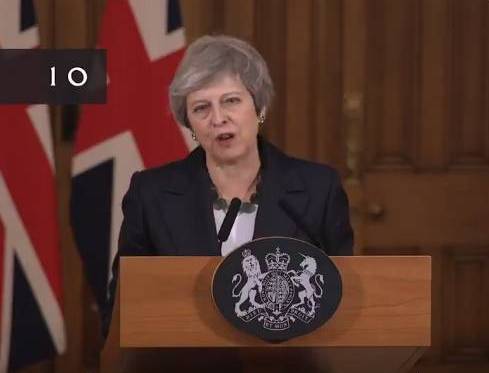 It is hard to avoid the conclusion that the United Kingdom, a once clear minded and largely unified nation, is engaged in a process of self-harm over the issue of Brexit.

So great have the irreconcilable political divisions become, that potentially under threat is the Union that brings Scotland and Northern Ireland together with England and Wales; the country’s long-standing centrist consensus; the UK’s future economic stability; and the fairness and ratonality in public life personified by its non-political civil service.

In the last few days, the publication of a draft exit treaty and a short vaguely worded separate document on the post 2020 relationship with the EU27, has created political turmoil of a kind not seen in British politics since the Suez crisis in 1956.

Although the British Prime Minister, Theresa May, obtained the ‘commitment’ of her cabinet to the draft treaty at a five-hour meeting, less than a day later senior ministers including the Brexit Secretary had resigned over the text.

Then, despite a tour de force performance in parliament, it became clear that very few elected members were willing to support what Mrs May had negotiated. Critically, those opposed included many members of her ruling Conservative party, almost all the opposition Labour Party, the Northern Ireland Democratic Unionist Party on which the UK government relies for its majority, the Scottish National Party and significantly, those in Parliament who both want to remain and to leave the EU.

To make matters even more chaotic, there is now every sign that an end game is underway led by right wing hard-Brexit members of the Conservative Party to try to replace the Prime Minister as party leader through a vote of no confidence.

The issues and the processes involved in Britain leaving the EU are to put it mildly, complex.  Having triggered Article 50 of the EU treaty in 2017 and agreeing the date of March 20, 2019 to leave, British officials and ministers have been negotiating with the European Commission (EC) a draft treaty on leaving. This addresses what will happen during a transition period to the end of 2020, including a possible extension, during which time the detail of future UK-EU27 trade and other third country relationships are meant to be negotiated.

Although this is largely intended to keep relations with the EU27 as they are while the future detail is agreed, the terms and language which the draft treaty contains on issues such as remaining in the customs union, the continuing role of the European Court of Justice, measures relating to the Irish border, and binding non-regression clauses, have alienated British Parliamentarians.

Critically, EU member states too must agree to what the EC and Britain have negotiated. A European Council summit is scheduled for November 25, but there are signs that France in  particular, and possibly Germany, Belgium and the Netherlands may have reservations.

After that the British Government needs a majority in Parliament to approve the exit treaty and to proceed to a negotiated new relationship.

The signs are that not only is Parliament’s approval highly unlikely when it comes to the draft text, but what happens thereafter has become so uncertain that it is hard to forecast which of multiple options represents a viable way forward.

There are multiple scenarios.

The first is a change of political leadership in the Conservative Party.  While Mrs May says she is determined to continue in the national interest, it is hard to see how she can retain the backing of her party if she is unable to have its agreement to what she has negotiated.

Depending on who is chosen as a successor and when, there could in theory be further negotiations, but the EU27 may not countenance this. Such an approach could involve trying to amend the agreed text, which is unlikely as EU officials say the UK “has exhausted the margin of manoeuvre”. Alternatively, the UK could seek an extension to its departure date and seek an alternative type of trade agreement, but this too would raise political problems in the UK and with Brussels.

A second referendum is also possible, but before that happens whoever is leading the government would most probably have to lose the December vote in Parliament and take the country to the edge of a hard Brexit abyss, before that is politically possible. Even then it is far from certain what question might be put to the British people that might be conclusive, or whether the winners would be able to create a national consensus on a post-referendum way forward, given opinion polls suggest there is now a small majority in favour of remaining.

Another option is an early general election. This would require a two thirds parliamentary majority to foreshorten a fixed term Parliament. This seems likely only in the event of complete political paralysis. Even then, the increasingly polarised nature of Britain’s politics makes a clear outcome far from certain because of the generational, regional and other divisions that have arisen from Brexit, and doubts about the strongly left-leaning nature of the leadership of the opposition Labour Party.

A fourth scenario is that Mrs May wins a vote of no confidence, remains in office, her deal is rejected by Parliament, Britain crashes out of the EU early next year, and its economy and international relations are disrupted as it struggles for a decade to renegotiate all its international treaties and relationships.

As all this is happening there is unease among British voters about the indecision, political infighting and naked ambition on the part of some politicians. Paradoxically, this is leading to a growing sense that if the country were to be further dislocated by Brexit or its internal Union were about to break up, it may be better to remain in the EU.

What happens next is far from clear but if the present chaos continues it is likely that contingency plans for a complete breakdown in EU-UK relationship will have to accelerate.

Some belive that when British politicians peer into this abyss, common sense will prevail, and they will step back.  However, the impossibility of resolving the near political stalemate within the UK and achieving a settlement that the UK Parliament will endorse before Christmas seems increasingly remote.  As this column noted in July, the Caribbean should have ready a contingency plan for the possibility of a no-deal Brexit.