Loss of a “consummate Caribbean man” 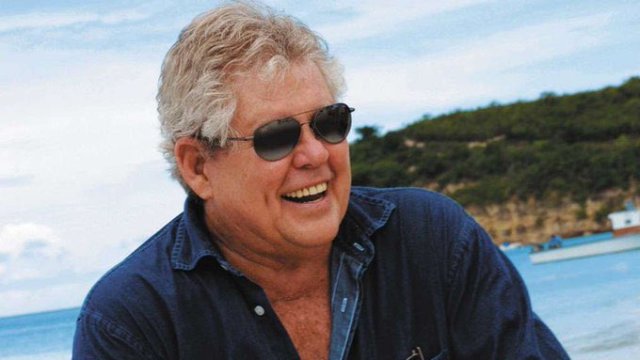 The Caribbean has been paying tribute to the business giant Gordon “Butch” Stewart, who died in Miami on 4 January 2021 at the age of 97. He has been mourned by politicians and business community leaders.

Gordon Stewart was allegedly given the nickname “Butch” by an American sailor during his early self-made days in northern Jamaica, where he sold fish to local restaurants from the age of 12. The self-made businessman would become best known around the world as being the founder of the Sandals and Beaches hotel chains.

Long before the advent of his all-inclusive luxury vacation brands, he traded in air conditioners and appliances in the 1960s. But in 1981, he bought an old beachfront hotel in Montego Bay and turned it into Sandals Montego Bay, the first of his chain of resorts. He launched the Beaches chain in 1996.

Today, the companies within his portfolio include Sandals resorts in Jamaica, St Lucia, Antigua, the Bahamas, Grenada and Barbados, as well as the Beaches resort chain, Appliance Traders (ATL), the Jamaica Observer newspaper and the non-profit Sandals Foundation.

So far did his reach extend that the Miami Herald’s late Latin American Editor, Don Bohning, described him as “a one-man Caribbean conglomerate”.

In a memo to corporate employees, his son Adam Stewart said that his father had wished to keep his health diagnosis private. He described his father as “forward-thinking”.

His Caribbean-ness was obvious to all who negotiated with him, met him and interviewed him. I remember once impressing my business reporter husband when I introduced him to the friendly man who had just greeted me. That was THE Butch Stewart, I explained.

Save the Jamaican dollar

Butch Stewart’s love of his region went beyond investment and development. In 1992, he single-handedly propped up the Jamaica dollar, softening its slump against its US counterpart by pumping in US$1m a week into the island’s foreign exchange system.

He said of what became known as the “Save the dollar” initiative: “If you have speculators that are blowing the dollar apart, why can’t you have a friendly speculator?”

Other commitments to his country included serving as a director of the Jamaica Tourist Board and working on the expansion of the now-defunct Air Jamaica.

The tributes pouring in show the wider Caribbean’s appreciation of Gordon “Butch” Stewart.

CARICOM’s Chairman, Trinidad & Tobago Prime Minister Keith Rowley, said: “His legacy, as I see it, should be that he built an international brand, by giving trust, encouragement and congratulations, when required, to others, helping them to find their own way in their lives and the world.”

Jamaican Prime Minister Andrew Holness said of the business mogul: “He was an extraordinary human being with an unwavering commitment to the social good. He has left his unmistakable mark across the region & the world & we shall miss him dearly… This loss is not just Jamaica’s, it is the Caribbean’s.”

Former Jamaican Prime Minister Bruce Golding described Stewart’s legacy as “monumental”, while former leader Portia Simpson said: “Jamaica has lost one of its most innovative and successful business leaders and a truly immense figure on the national and international stage.”

St Lucia’s Prime Minister, Allen Chastanet, said: “He dreamed big, he thought big, he acted big. He was a visionary, a pioneer and a trailblazer.”

Barbadian Prime Minister Mia Mottley said: “Butch was the quintessential Jamaican, from his accent to his antics, and in everything he did he represented his country well — always wearing the Jamaica motto with pride: ‘Out of many, one people’. It was impossible to share a space with him and not be drawn to his infectious laughter and warm personality, no doubt products of his Jamaican heritage. But for him, love of country never translated into insularity, for he was always the consummate Caribbean man.”

The Commissioner of Tourism in the US Virgin Islands, Joseph Boschulte, described him as “our bold champion who spread across the Caribbean the message that high-end sustainable tourism can enrich our destinations and our people”. Jamaica Tourist Board Chairman John Lynch said: “He will be remembered for his groundbreaking work in growing the all-inclusive concept here and in the Caribbean and we’re confident his rich legacy will be preserved.”

Debbie Ransome is the Managing Editor of Caribbean Intelligence and the former Head of BBC Caribbean.

People wishing to share memories, condolences and personal stories can do so at AllThatsGood@sandals.com