The overseas territories – the long view 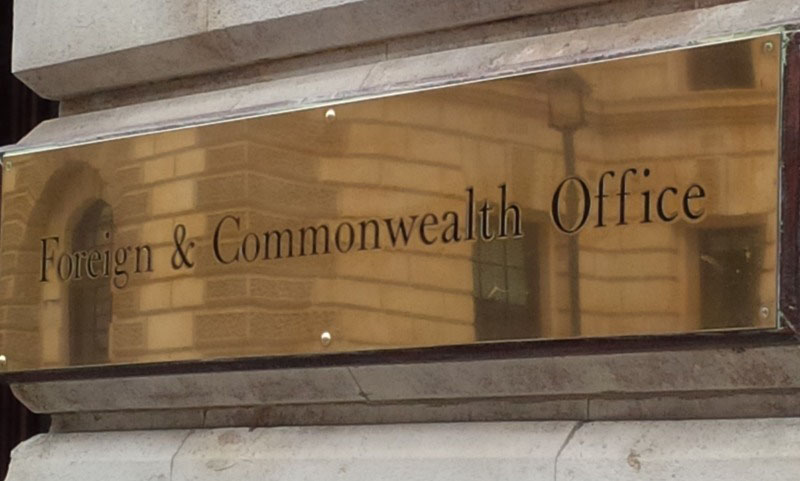 A few days ago, the British Parliament voted to compel Britain’s overseas territories (OTs) in the Caribbean to adopt public registers of company ownership.

The decision, which has been condemned by the states concerned, has multiple implications. It ignores their sovereignty, disenfranchises locally elected legislatures, undercuts economic development, harms post hurricane recovery, and has consequences for the Caribbean more generally. It raises too, longer-term questions about the future shape of the region and the eventual global place of what, on the whole, are relatively wealthy micro-states.

As has been widely reported, a Parliamentary amendment to the UK’s Sanctions and Anti-Money Laundering Bill was introduced into the House of Commons on May 1 by a cross-party group of legislators, and reluctantly accepted by Britain’s minority Conservative government.

Concerned that it was in danger of losing the whole bill, which has much wider security and financial implications, British ministers decided to listen to those parliamentarians who were concerned that the offshore regimes of the UK’s Overseas Territories were facilitating criminality, money laundering, and terrorism.

Speaking in the debate, Sir Alan Duncan, a Foreign Office Minister, said that the British Government had initially hoped to reach a compromise on the issue. It recognised, he said, “that legislating without consent” may “risk damaging our long-standing constitutional arrangements, which respect their autonomy”. He accepted however the strength of parliamentary feeling that the UK’s overseas territories should have public registers ahead of such measures becoming an international standard requirement.

Caribbean reaction was swift. OTs representatives noted that the decision did not apply to the UK’s crown dependencies of Jersey, Guernsey and the Isle of Man which are subject to different laws; that the decision placed the UK’s OTs at a disadvantage in relation to other offshore financial centres; there was no global standard on reporting on beneficial ownership or for public registers; and the actions of the British Parliament undermined the sovereignty of the territories concerned, disenfranchising their elected representatives.

In a strongly worded statement the British Virgin Islands government said: ‘we vehemently reject the idea that our democratically elected government should be superseded by the UK Parliament, especially in an area which has been entrusted to the people of the BVI….This flies in the face of constitutional arrangements made with the UK when our new constitution was approved in 2007….It also begs the question of how the UK parliament can act so casually with a constitution when an entire economy is at stake.’

Subsequently the UK indicated that it would ‘use its best endeavours’ to promote with international partners, the G20, FATF and the OECD, public registers of company beneficial ownership as the global standard.

In the short term the issue for the UK’s Caribbean OTs is about constitutional overreach and the precedent that UK parliamentary intervention sets. In the longer term it raises questions about how the relationship between Britain and its two most advanced Caribbean territories, the BVI and Cayman, should develop.

Although the language coming from both governments in the wake of the Parliamentary vote suggested a desire for a change in their status, the idea of independence is still some way off. While this or some new form of relationship has been in the minds of OTs politicians for some years and is more openly expressed by the younger generation in particular in the BVI, it is less attractive to more conservative older voters, leading to the view that the time is not right.

Read carefully the wise words of the BVI’s Premier, Orlando Smith, on advancement and it becomes clear that not only is now not the moment for radical change – the country is still struggling to overcome the enormous setbacks experienced because of Hurricane Irma last year – but before this can happen, the territory needs to ensure its economy is future-proofed against predictable external shocks.

In a statement made before the UK Parliamentary vote, Premier Smith expressed confidence that the BVI’s financial services industry ‘will develop and adapt successfully as it has done in the past’ and that, in recent years, his government had been preparing its financial services sector for regulatory change.

“Now is also an opportune time for us to embrace new businesses to support not only our recovery and development, but a futuristic economy with modern and innovative ideas and technology”, he sagely observed.

What shape any eventual new relationship might take is uncertain or when that moment might come, but there are signs that all Caribbean overseas territories including the constitutionally different Dutch and French speaking islands now see value in drawing closer to independent neighbours and to regional institutions including CARIFORUM and CARICOM despite their shortcomings.

This has manifested itself in recent months through CARICOM considering associate membership for the Dutch and French speaking Caribbean, and the BVI making clear that it has a post-Brexit interest in CARIFORUM’s involvement through the ACP group in negotiations with the EU27 for a successor agreement to the Cotonou Convention.

Some CARICOM foreign ministers retain doubts about this and the wisdom of closer engagement more generally with the OTs. This is in part because some Dutch speaking and all the French territories are, despite varying degrees of autonomy, closely connected to their respective metropoles. However, this has not stopped CARICOM helping make the case with London for its associate members linked to London.

Taken together, expressions of concern about encroachment on sovereignty and the interest of all OTs in relating more closely to the independent region suggest that the time is at hand for new thinking about the status of at least some Caribbean OTs and initiating a more public debate on advancement.

There are no lack of alterative models which variously offer micro-states a parliamentary voice in the metropolitan power concerned, a seat on all relevant Cabinet committees, and full participation in their overseas diplomatic representation.

Beyond this, it is quite possible to fashion, should it be required, post-independence treaties and protocols with neighbours or the former metropolitan power, post-independence arrangements that provide for security and defence.

The UK Parliament’s recent decision suggests that these are ideas that should begin to be explored.

More Caribbean analysis can be found on our Intelligent Thinking page.