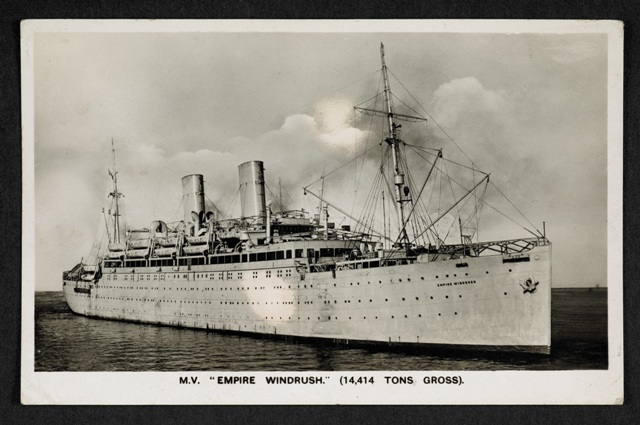 Before there was the so-called “Windrush scandal”, there was a centuries-old relationship between the UK and the Caribbean.

The British Library, in one of a series of events to mark the 70th anniversary of the arrival of the Empire Windrush, charts this relationship - from the dark side of the abuses of slavery and the colonialism development of the then British West Indies to the region sending its soldiers to fight in World Wars One and Two.

Its exhibition Windrush: Songs in a Strange Land - which opened in London at the beginning of June – uses the post-World War Two ship as the launch pad for an in-depth look at the colonial roots of the West Indies, its development into the independent Caribbean and the struggles of its Diaspora in the UK since the 1950s.

As anybody who has followed the UK news over the last few months will know, the word “Windrush” has become the term to sum up a generation of people directly from or descended from the people who travelled from the West Indies to Britain on ships by the UK sent after World War Two.

British Library curators pointed out that there had been ships doing this journey before Windrush and many afterwards but this arrival, encapsulated in black-and-white film with an accompanying British narrative and Caribbean soundtrack, has become the focal point for Caribbean migration. And, in recent times, it has become the pseudonym for Caribbean immediate post-war arrivals in Britain.

“It’s the fuller story,” Colin Prescod, Chair of the Institute of Race Relations and Lead External Adviser to the British Library exhibition, told Caribbean Intelligence©. “Not just where these people came from geographically but, historically, where they come from. They didn’t arrive out of nowhere on the Windrush - let’s show their back story.”

He added that many people had arrived in 1950s Britain, expecting to go home but “had the courage” to stay, eventually finding that Britain “had become our yard and this story talks about the right of people to belong here... It’s about the people who changed this place”.

The exhibition starts with a focus on the colonial West Indies and the world of slave rebellions. It moves on to the war recruitment effort by Britain of its citizens.

The unique touch of the British Library, at a time when other Windrush perspectives are being held, is its access to the cultural context of this colonial narrative from Walter Rodney, CLR James and E.R Braithwaite (To Sir with love) to Benjamin Zephaniah and Andrea Levy.

Authors still alive, including Levy and Zephaniah, have been happy to share their personal writing notes and, in the case of Andrea Levy, not just her notes for the novel “Small Island” but family memorabilia based around her father Winston who travelled on the Windrush.

It also reflects views from the Caribbean on the body of people who would become the Caribbean Diaspora and the press view in the UK of these arrivals. 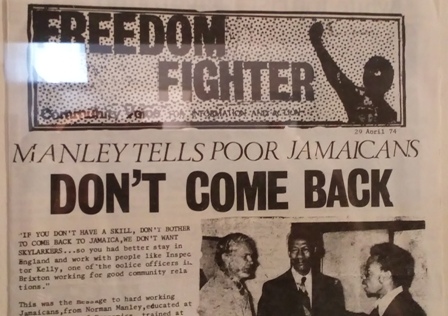 The new Diaspora got mixed messages from both sides of the Atlantic as these articles reflecting comments made in Jamaica and welcome messages from the British press indicate.

The exhibition charts the ups and downs of the growing Diaspora from the launch of Notting Hill Carnival in response to the 1958 race riots and ends with a portrayal of the struggles faced by Caribbean people in Britain. 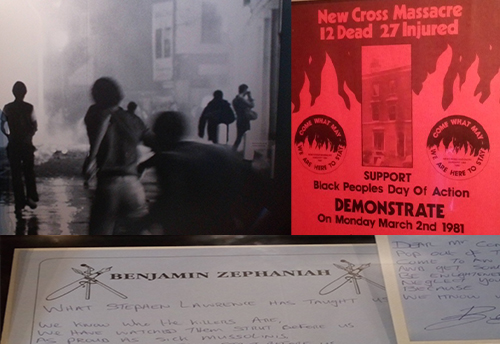 The co-curator of the exhibition, Elizabeth Cooper, said that it had been in the pipeline for two years.

“We have amazing collections on the Caribbean and we thought it [the Windrush anniversary] would be the perfect opportunity to ask some very important questions and think about the Windrush generation, not just where they came from geographically, but historically and culturally and how our collection could shed light on that,” she told Caribbean Intelligence©.

For the curators and the planners, the breaking of the “Windrush scandal” story on people of this generation who had been deported or denied re-entry to Britain months before their exhibition only highlighted the need to understand the history of Caribbean people in Britain.

Elizabeth Cooper said that, for those of Caribbean descent and for everyone attending the exhibition, it would give them a “profound understanding of struggles for freedom and belonging that have taken place” and how this reflects on today’s events.

Colin Prescod added that “many people still don’t know this story” and the anniversary exhibition can “actually underline that” and explain that Caribbean people had been part of the British background and that is why they had been upset by the Windrush scandal. .

British Library advisor Zoe Wilcox had been planning the exhibition for two years when the Windrush scandal made the national and global headlines. She told Caribbean Intelligence: “The recent headlines that we’ve seen are not an isolated incident and what the exhibition is saying is that there is a much deeper, longer story and a continuing struggle for freedom and belonging.

“This is part of a much longer story and that is what we wanted to highlight.”

The free exhibition runs till October, but it is also tied into a programme showcasing Caribbean culture. This will include a 2018 series of lectures and the showcasing of Caribbean comedy and music. University of the West Indies Chancellor Hillary Beckles will speak at one of the British Library’s scheduled events. The season also moves into the 2018-2019 Poet in the City project, commissioning new poetry and holding events in Leeds, Newcastle, Sheffield, Reading and Exeter.