Venezuela will continue to divide the hemisphere 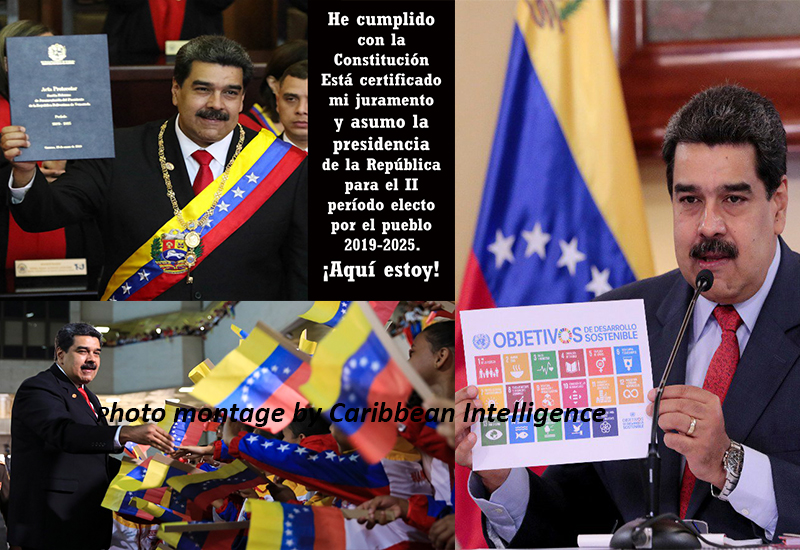 Speaking on 10 January after being sworn in for a second six-year term, Venezuela’s President, Nicolás Maduro, declared that his country would “ construct twenty first century socialism” was “a democracy under construction” and pledged to "promote the changes that are needed in Venezuela”.

Although uncompromising, his remarks contained no detail as to how his government intends remedying the food shortages, hyperinflation, deteriorating medical services, crime, and arbitrary decision making, that have become the norm for hundreds of thousands of Venezuelans.

It is therefore hard to anticipate anything other than the continuing deterioration of the country’s economy and, as consequence, many more Venezuelans fleeing the country in an exodus that shows no sign of abating.

Already some three million have chosen to do so, according the UNHCR, the United Nations refugee agency, which reported last November that of this number 2.4m Venezuelan had arrived in Latin America and the Caribbean as refugees and migrants.

To put this human disaster in context, it is happening in the Americas and in a country that is not at war like Syria, or like Myanmar experiencing ‘ethnic cleansing’. Rather it is occurring in a nation that has the largest proven oil reserves in the world and which in 1999 saw most of its people genuinely embrace the social reforms promised by the late Hugo Chavez.

Some argue that the problems the country faces are the fault of falling oil prices and US sanctions and interference. However, this does not explain how other socialist nations whether energy rich like Vietnam or energy poor like Cuba have been able, sometimes with difficulty and hardship, to manage their way through periods of austerity without similar outcomes.

Rather, it more plausibly suggests that the cause is gross mismanagement, corruption, ideology trumping common sense, and a previously divided and self-centred opposition.

Unfortunately, there are no easy solutions.

Having ruled out the always-unlikely scenario of a military intervention, and aware that internal conflict will add to the refugee crisis, destabilise neighbours and fuel regional criminality, Washington, the EU and some members of the Lima Group of nations are seeking a new approach.

This variously involves declaring President Maduro’s government illegitimate; recognising the legitimacy of the National Assembly - now under new leadership - as a vehicle for dialogue; imposing additional sanctions on named companies and individuals; breaking diplomatic relations; encouraging the halting of loans through international and regional financial organisations; and providing greater support to neighbouring nations and agencies struggling to cope with ever-increasing numbers of refugees.

There is also a continuing interest in the US Administration and in some Latin nations in trying to leverage the relationship between the Venezuelan military and President Maduro in ways that might remove him from office and change the nature of the country’s leadership.

In an apparent reflection of this, President Maduro went from his inauguration at the Supreme Court to an ‘act of reaffirmation and recognition as Commander in Chief’ before the senior officers who lead his country’s armed forces. There the Minister of Defence,  Vladimir Padrino, observed according to pro-government Venezuelan media reports, that the people of Venezuela "in the legitimate exercise of their sovereignty chose as their president Nicolás Maduro (….) in accordance with the provisions of the Constitution”.

Whether the new external measures aimed at encouraging change in Venezuela will succeed remains questionable.

President Maduro and those around him and who support him clearly believe that government and its patronage will continue, have found ways to set aside dissent, and seem content to see the country haemorrhage its citizens. The National Assembly has been bypassed causing the new generation of opposition figures to struggle to overcome the way the law, constitution and many key institutions are now skewed against them.

As for the Caribbean, it remains divided over how to respond.

While all governments remain firm in their belief in non-intervention in Venezuela’s internal affairs, there is no unified position beyond this. Instead, the issue remains complex and divisive and there are multiple views on what if anything should happen next.

This is because of some nation’s remain largely positive about their experience of Venezuelan support through its PetroCaribe oil facility; political and ideological differences have become more acute within the region; US hostility to those countries seen as siding with Caracas is increasing; and China and Russia for different reasons, and more recently Turkey, have made clear they are backing President Maduro.

In a very visible demonstration of this, Cuba’s President and St Kitts and St Vincent’s Prime Ministers along with senior Ministers from Antigua and Suriname attended President Maduro’s inauguration. In contrast, the same day in Peru, Guyana and St Lucia joined 11 other members of the Lima group including  Canada in signing the Lima Group Declaration which declared President Maduro’s election illegitimate and called for sanctions.

At a regional level the issue has been made more complex by Venezuela’s territorial claims and not helped by the attempted interdiction by the Venezuelan military on 22 December of a Bahamian registered vessel undertaking seismic surveys for ExxonMobil in Guyanese waters.

Regrettably there is no end in sight to the human exodus – some US think tanks suggest another 5m people could leave Venezuela - to the wider dangers this is bringing to neighbours, and its potential to export political instability if resentment against migrants grows. Nor is it clear how without massive external investment President Maduro intends turning the country’s economy around at a time when oil production continues to fall, oil prices remain low, and much of the industry and the country’s infrastructure is deteriorating.

Despite this, it appears that the Venezuelan Government will now take measures to further consolidate its political position, while seeking to fragment the hemispheric and international response.

This suggests that with or without its present president, Venezuela will continue to divide the hemisphere and the Caribbean for many years to come.