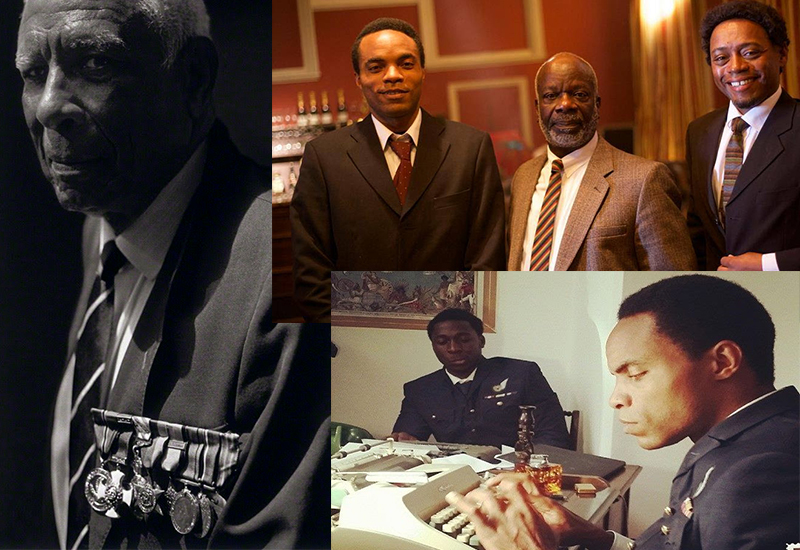 After the pomp and pageantry of the Royal Air Force’s 100th anniversary celebrations in the UK, it seems fitting that one of its World War Two heroes should be the focus of a new tribute and in his home country.

One of its most decorated Caribbean veterans, Ulric Cross, is the subject of a film that will be premiered in his native Trinidad in September 2018.

The film, which brings together recollections gathered over several years, is called  Hero: Inspired by The Extraordinary Life and Times of Mr Ulric Cross. It puts the spotlight on his service with the RAF after travelling to the UK to, as he had put it, “do his duty”.

Background interviews with those who had met Cross during his wide-ranging life fed into the film. This included an interview with Caribbean Intelligence’s own Debbie Ransome who, as then Head of BBC’s Caribbean Service, did the last BBC interview with Cross in 2010.

In the interview, excerpts of which featured on Caribbean Intelligence during the week of the RAF’s centenary, Ulric Cross spoke about his motivation for leaving Trinidad and coming to join the RAF as fascism spread in Spain, Germany and Japan.

Ulric Cross lived in England from his RAF training in 1941 until 1957. He served as a navigator with the air force’s elite Pathfinders, who located and marked bombing targets with flares. After the war, he worked as a talks producer at the BBC’s Caribbean Service. He was then recruited by fellow Trinidadian George Padmore, one of the architects of Pan-Africanism, to travel to Ghana to help Kwame Nkrumah in his work seeking to unite Africa’s emerging nations.

During Cross’s 15 years in Africa, he served on Ghana’s Crown Council. He was also Attorney General in Cameroon, a High Court Judge in Tanzania and Dean of the Faculty of Law at the University of Dar Es Salaam.

Cross then returned to Trinidad where he served as a High Court judge and on the Court of Appeal, later becoming Chair of the country’s Law Reform Commission. He was posted to London as Trinidad and Tobago’s High Commissioner to the UK from 1990 to 1993.

The film Hero is in the form of a biopic using young and established actors to chart the life of Ulric Cross. The cast includes actors from the Caribbean, the UK, Ghana and Canada.

The film has been the long-term project of a group of producers based in Canada. To raise interest in the film, they staged a public launch of the UK part of the filming in 2013. At that event, producers outlined their plans as they filmed scenes recreating Cross’s time as a young man in 1940s London.

Speaking at the end of the London filming in 2014, director Frances-Anne Solomon said: “We had the privilege of working with some of the most outstanding established and up-and-coming actors in Britain. I cannot wait to share this extraordinary film and story with audiences.”

The crew went on to film in West Africa.

Hero: Inspired by the extraordinary life and times of Mr Ulric Cross will have its world premiere as the opening film of Trinidad and Tobago’s Film Festival on 18 September.

The UK launch of the Hero project

Hero chosen for a Special Preview Screening on the Opening Night of the CaribbeanTales International Film Festival (CTFF), 5 September, 2018 in downtown Toronto.