As the rescue missions ended and the recovery efforts got underway, Bahamians abroad and well-wishers lined up to offer their prayers and donations.

In pictures, here’s how people in the Diaspora paid tribute to the Bahamas following the impact of Hurricane Dorian.

According to the 2015 US census, there are an estimated 56,000 people of Bahamian ancestry living in America. In Atlanta, a Day of Prayer was held on 18 September. Diplomats, representatives of the civil rights movement and members of the Bahamas Christian Council held a prayer service for the Bahamas.

One survivor, the Rev Silbert Mills, Pastor of Friendship Tabernacle, wept at the Atlanta service as he described how his house fell around him and he tried to comfort his wife, their children and grandchildren. He was consoled by fellow Bahamian Bishop Delton Fernander.

The congregation used song, dance and prayers at the Ebenezer Baptist Church during the service. 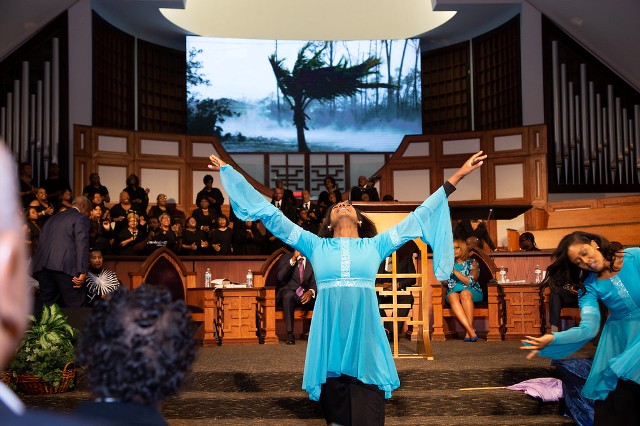 In London, diplomats, politicians and Bahamians gathered at Grosvenor Chapel on 15 September. 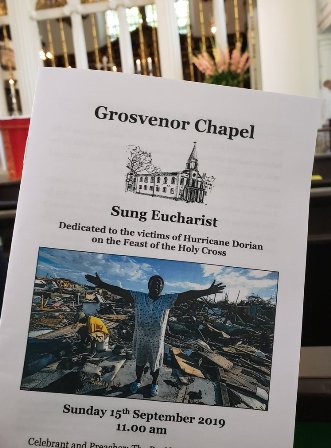 The Chapel said that it raised £5,473 at the Sunday service.

In the UK, donations continued to flow in for the Bahamas – even, reportedly, from the Queen.

Meanwhile, the message from Nassau was that the Bahamas was still open for business. Following the devastation wrought on Abaco Island and in a part of Grand Bahama, the Bahamian tourism authorities had to explain to those not in the know that the country still had many visitor destinations intact. The Bahamas Tourist Office said on Twitter: “It is important to remember that the Bahamas is comprised of over 700 islands and over 2,000 rocks and cays. The islands are spread out over 100,000 square miles of ocean.”

The American and Canadian press have been carrying the message that continuing to spend tourist dollars in the Bahamas is the way to help the islands rebuild.

Florida-based channel Fox4 summed it up: “Why you shouldn't cancel your Bahamas vacation.” It added that “continuing to bring tourism dollars to the Bahamas will only help them to rebuild faster. Not planning trips or even cancelling existing reservations would only add insult to injury to a country in need”.

Toronto Caribbean news website said: “The storm is over, and the sun still shines in the Bahamas.” Bahamas Tourism & Aviation Minister Dionisio D’Aguilar told Canadians via the website: “The best thing they can do for us right now is visit Nassau, Paradise Island and the Out Islands.”