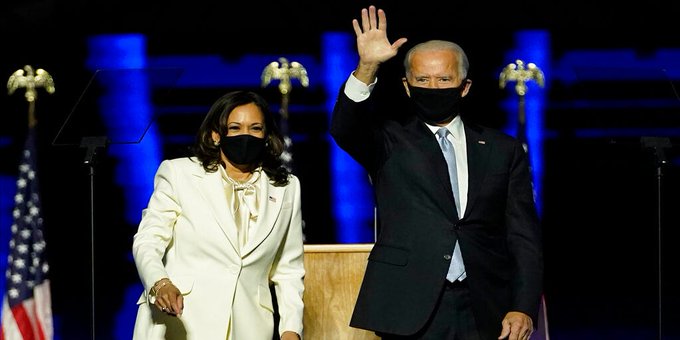 In a few days’ time, Joe Biden will become the forty-sixth President of the United States.

Many governments and individuals around the world will breathe a collective sigh of relief. This will not be because a Democrat has replaced a Republican, but because an individual who represents stability, certainty and rationality is again the head of state of the world’s most influential and economic and militarily powerful nation.

On the afternoon of January 6 as insurrectionists, rioters and nihilists entered the US Capitol, Mr Biden spoke as a US President should, demonstrating leadership, calm, conviction, forethought, and strength. It was a moment that suggested that US values and democracy might again be worthy of respect.

Now the real challenge begins. In the four years since President Trump took office much has changed in the world, and for the Biden Administration business cannot be as it was when President Obama demitted office.

The pandemic apart, the Trump years have seen a proliferation of hard and soft wars around the world; a rapid acceleration in China’s global influence and economic and military strength; and less powerful nations, including Russia, attempt to permanently weaken democratic systems through a mix of misinformation, cyberwarfare, and subversion. In addition, multilateralism has gone into retreat, multiple refugee crises continue around the world, and the impact of climate change has become close to critical. All of which has been happening alongside a surge in autocracy, and a widening divide globally between the wealthy and the average citizen.

One consequence has been a loss of global confidence in US leadership. Faced with weaking alliances, attacks on the multilateral systems that underpin security and trade, and a consequent fragmentation of trust, Washington’s friends in Europe, the Americas and elsewhere have questioned in public, but mostly in private, whether the US was any longer a reliable ally.

For President Biden and the team of individuals he has picked for their experience of real-world issues, rectifying this poses a daunting task, not least in convincing allies that his foreign policy can outlast him.

When it comes to the Americas, the incoming administration has indicated that it will pursue policies that have as their primary objective ensuring post pandemic recovery and economic growth in ways that mutually benefit the whole of the hemisphere, providing security to all, including the US.

Recent interviews, broadcast remarks and think tank contributions made by some of those who will have senior roles in the White House, the State Department, and elsewhere, additionally suggest that an overarching policy principle in the hemisphere will be the promotion of shared values, cooperation, and change encouraged, rather than driven by the US.

This is likely to be at its most evident when it comes to the existential issue of climate change.

It is  already clear from the nomination of John Kerry as Mr Biden’s Cabinet level Special Envoy for Climate that addressing global warming will be a cross cutting theme in future US global and hemispheric policy.

Apart from a much-needed return to the Paris climate accord, the Biden Administration is expected to mobilise multilateral institutions to develop post pandemic climate related solutions that address the unresolved issue of high borrowing costs for vulnerable nations.

In comments made last year, Juan Gonzalez, who Mr Biden has appointed Senior Director for the Western Hemisphere at the National Security Council, suggested that in the Caribbean the deployment of Mr Biden’s proposed Clean Energy Export and Climate Investment Initiative will likely be a priority, with an initial focus on providing low-cost financing to small island states ‘ready to demonstrate leadership on climate change’.

On the hugely divisive issue of Venezuela and Cuba, the incoming administration will continue to press for change in both countries, but with clear objectives and the abandonment of the Trump administration’s divisive attempt to create a Caribbean ‘coalition of the willing’.

In Venezuela’s case the new approach appears to involve reviewing and adjusting sanctions while encouraging the  development of a common approach with Europe, Latin America, and other international partners. This will likely involve the adoption of ‘smart sanctions’ calibrated in a way that  encourages internal dialogue between Venezuela’s government and its independent opposition with a view to bringing about domestically led democratic change,

On Cuba, although the issue has been complicated by the disgraceful decision taken in the dying days of the Trump administration to redesignate it as a ‘state sponsor of terrorism’, the Biden White House seems set to ease restrictions on US travel and remittances, as a part of an incremental strategy that aims, to quote Mr Gonzalez’s past words, to ‘empower the Cuban people as protagonists of their own future’.

On China, the Biden administration’s objective in the Americas will likely be to play a central co-ordinating role in future hemispheric economic development in ways that China cannot. That is by bringing together financing from bodies like the Inter-American Development Bank and other multilateral institutions, the private sector, and likeminded allies. The approach is intended to see the US doing more to enhance and consolidate economic prosperity on an Americas-wide basis, utilising new technologies. As such the focus will be less on near-shoring, and not overtly transactional or framed publicly in the context of US national security.

In the coming months, the development of these general themes will be gradually fleshed out against a background of the significantly more immediate US domestic and international concerns the incoming administration will have to address.

Already the multitude of Washington think tanks and lobbyists that swim in Washington’s policy waters are convening virtually to shape the detail and inform the April Summit of the Americas at which Mr Biden is expected to outline a new hemispheric policy.

If the Biden Administration is genuine in its desire to see the hemisphere take a collegiate approach to developing and shaping policy, it is incumbent on Caribbean civil society and especially more thoughtful private sector representatives to develop new working relationships in Washington. It suggests too that this is the moment when mechanisms with longevity, beyond the contacts governments may have, are required which ensure the authentic voice of the region’s economic interests are clearly heard.