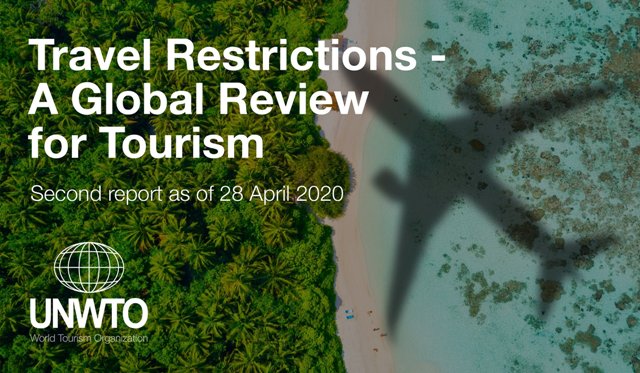 Caribbean people know that we’re good at resilience. After the annual visitations of natural disasters and other events over the region’s history, some of the best-equipped people for emergencies are in the Caribbean.

Caribbean Intelligence© has been looking at how the region is doing during the global coronavirus outbreak.

CNN opted for a Caribbean perspective on the pandemic as the network’s senior global correspondent, Christiane Amanpour, interviewed CARICOM chair Mia Mottley at the end of April. The Barbadian Prime Minister spoke about the need for global leadership during these challenging times.

“Now we have this pandemic, we need global leadership similar to what we had post-World War Two to be able to recognise that we need a plan that protects not just the strongest among us, but also the most vulnerable, and what should we be spending money on,” she said in her 29 April interview.

“Does it make sense to continue to build large military constructs when as a result of a mosquito or pandemic, our population can be put at risk? It doesn’t make any sense,” she added.

Pointing to the global opportunities taken 75 years ago following World War Two, with the formation of the Bretton Woods organisations (the World Bank and the International Monetary Fund), Prime Minister Mottley said that the world had sought “to bring countries together to protect the most vulnerable and the weakest among us”.

CNN’s Ms Amanpour asked the Barbadian leader: "A lot of female leaders have been held up as having done a really good job, whether it's the prime minister of New Zealand, the chancellor of Germany, some of the Scandanavian, European countries and yourself. Anything about female leadership that you'd like to tout, in a case like this, in a situation like this?" Mia Mottley’s answer was: "Simply that we care. We care and we have to care because in the same way that we want people to take care of the most vulnerable in the household, we want it in the country and I'm asking you to help us do it internationally."

Trinidad & Tobago also came in for international credit over its handling of the pandemic. Oxford University’s Blavatnik School of Government (which promotes itself as “improving government worldwide”) has been assessing the preparedness of countries around the world to come out of lockdown. Its research is based on World Health Organisation (WHO) checklist indicators based on transmission control, testing, tracing and isolation, managing the risk of exporting and importing cases and fully engaging communities.

The Covid global tracker placed Trinidad & Tobago second, Belize fifth and Barbados 10th in terms of readiness to look at rolling back lockdown. The research team said that as of 22 April, they estimated that no countries fully met all four of the WHO recommendations, but they indicated that some of the countries near the top of the table had fewer steps to ensure a safe reopening of society over the next few weeks.

The report gave a boost to the T&T government. Health Minister Terrence Deyalsingh said: “That is testimony to what we have been saying all along - that our response to Covid, led by the prime minister, was a robust one. And we will only get this type of recognition outside of Trinidad & Tobago. What this speaks to is that the world is recognising that the decision not to flip a switch and just open back your economy is the correct way.”

The Caribbean’s work continues across the board: coping with Covid at home, but also showing solidarity abroad. That’s important in today’s world of Twiplomacy – diplomacy by social media.

UK Foreign Secretary Dominic Raab has been making full use of Twitter to help in the long process of getting stranded British nationals back home from all over the planet, at a time when international travel has all but collapsed. Mr Raab tweeted on 28 April: “Spoke to @DrKeithRowley (Trinidad’s prime minister) to thank our friends in Trinidad and Tobago for helping us get almost 1,000 Brits back. Also discussed Covid-19 challenges and how UK can support. Looking forward to working closely with fellow Commonwealth member, including on situation in Guyana” – a reference to CARICOM’s mission to observe a recount of a disputed part of Guyana’s March election results.

On the pandemic and its consequences, United Nations World Tourism Organisation Secretary-General Zurab Pololikashvili said: “Tourism is among the hardest hit of all economic sectors. However, tourism is also united in helping to address this immense health emergency – our first and utmost priority – while working together to mitigate the impact of the crisis, particularly on employment, and to support the wider recovery efforts through providing jobs and driving economic welfare worldwide.”

He added that, while it was too early to make a full assessment of the likely impact of Covid-19 on tourism, it was clear that millions of jobs within the sector were at risk of being lost. However, the UNWTO had some faith in what it called tourism’s historic resilience and capacity to create jobs after crisis situations.

In terms of recovery, the World Travel and Tourism Council said analysis of previous major viral epidemics by its experts indicated that the “average recovery time for visitor numbers to a destination was 19 months”. It added, however, that with the “right response and management”, countries could recover in as little as 10 months.

As Jamaica looks at what will be the new normal after the pandemic, the island’s Reggae Sumfest has been cancelled, leaving organiser Joe Bogdanovich feeling uncertain about the future. He told the Jamaica Star newspaper: "We don't have breakdowns and lapses. Things happen, right? That's part of the magic of Reggae Sumfest. This is a very big production, the biggest production in the reggae world, in the Caribbean. What does it cost for the first time not to deliver Reggae Sumfest in its 28th year? How much does that cost in lost revenue?" He described the pandemic as "an enormous loss... You're talking about an act of God,” adding that this was perhaps the new normal.

Whether Mr Bogdanovich is right or not about that, Jamaica’s government has started planning how to get there. Finance Minister Nigel Clarke said that the Covid-19 economic recovery task force, which has a mandate to come up with a plan for the ordered resuscitation of the Jamaican economy after Covid-19, would not be a talking shop. The team was announced on 28 April with a range of representation from the worlds of politics, business and industry, tourism and agriculture.

Prime Minister Andrew Holness said of the taskforce’s work: “People will be out of work and out of a job [and] out of income… Frustration grows and then people [will eventually] say [that] the medicine is worse than the illness.

“We have to figure out how to put in place measures that slow and control the [Covid-19] spread… whilst, at the same time, not doing irreparable damage to our economy”.

Caribbean Intelligence is a news analysis and feature website with contributions from senior journalists with experience around the Caribbean.