Caribbean literature and the British Library 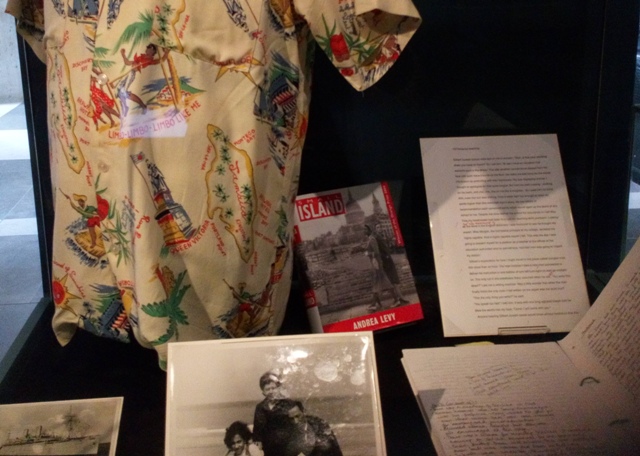 Following a year in which the British Library showcased Caribbean literature and culture during the 70th Windrush anniversary, there are new initiatives in 2019 to promote British-Caribbean literary talent and cultural memories.

In 2018, Caribbean Intelligence© featured the Windrush exhibition, but also looked further afield to the deeper legacy of Windrush in the worlds of culture and broadcasting.

New Learning pages launched by the British Library to accompany its 2018 Windrush exhibition build on the 2018 exhibition to look at stories from Caribbean people and British people of Caribbean origin. Small Island prize-winning author Andrea Levy provides an essay on the Learning page website tracking her journey to the land of her parents, Jamaica, and her spiritual growth from feeling black British to the person she is today.

Levy writes about her youth: “The racism I encountered was rarely violent, or extreme, but it was insidious and ever-present and it had a profound effect on me. I hated myself. I was ashamed of my family and embarrassed that they came from the Caribbean.”

When she finally visits a Jamaica she had only known through her parents’ memories, Levy experienced a 360° attitude change: “I realised for the first time that I had a background and an ancestry that was fascinating and worth exploring. Not only that, but I had the means to do it – through writing. I am now happy to be called a black British writer, and the fiction I have written has all been about my Caribbean heritage in some way or another. It is a very rich seam for a writer and it is, quite simply, the reason that I write.”

Her conclusion sums up the black British experience and provides a rallying call for better acknowledgement of the Caribbean’s role in British development. She writes: “But there are still countless young Britons today of Afro-Caribbean descent who have as little understanding of their ancestry and have as little evidence of their worth as I did when I was growing up. And there are countless white Britons who are unaware of the histories that bind us together. Britain made the Caribbean that my parents came from. It provided the people – black and white – who make up my ancestry. In return, my ancestors, through their forced labour and their enterprise, contributed greatly to the development of modern Britain. My heritage is Britain’s story too. It is time to put the Caribbean back where it belongs – in the main narrative of British history.”

The Windrush exhibition has closed, but the British Library is continuing to showcase works reflecting Caribbean life in the UK.

The British Library Learning page provides a teaching kit for primary school students, helping them with creative writing ideas and activities, while drawing on the history of the Caribbean and encompassing Britain’s Windrush experience.

Don’t think that the post-Windrush exhibition is only about literature. Black MP David Lammy, who was so vocal during the Windrush scandal, has an essay featured on the Windrush Learning pages. In his essay, Mr Lammy promises not to neglect the lessons the UK should take from the scandal, even as the Windrush headlines died out in late 2018. He writes: “Moving forward, I will continue to fight for the British men and women who are under attack from this policy, which was fuelled by a toxic, anti-immigrant rhetoric and panders to cowards that blame immigrants for government failures. We’re all British – this is a multi-ethnic country with a long history. I will continue to assert the rights of British citizens, because no one should be disqualified from owning their identity, no matter what their skin colour.”

The Library’s Learning pages reflect on the experience of racism, stories of Indian indentureship and the role of Caribbean people in rebuilding post-war Britain.

On display at the British Library at the start of 2019, you can find a collection of poems, Lost and Found by Damilola Odelola, focusing on life and the experiences of young people in Brixton.

The British Library told Caribbean Intelligence© that it is working on a 2020 exhibition of the work of Andrew Salkey. To get a sense of Salkey’s influence from his Jamaican upbringing to his work in Britain and the US, you can catch up with a blog based on his archives, which includes an original copy of his “Jamaica” poem.  Expect the exhibition to showcase everything from his 1950s interest in an independent Guyana and revolutionary Cuba to his BBC interviews with the likes of Ray Charles.

The Library is digitising all the works it can get access to so, if you’re of Caribbean origin and you feel that you have some memories to share with the nation, there’s never been a better time. The address is Windrush Stories at the British Library.