Caribbean Intelligence looks back at 2017 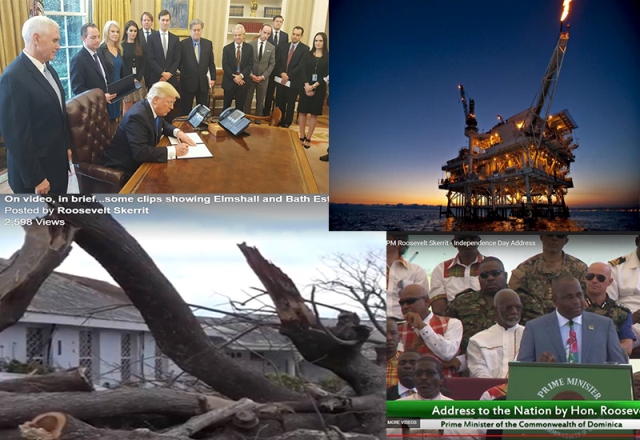 The year started with advice from Caribbean Council consultant David Jessop which, with hindsight, has proved to be spot on: “2017 is likely to be among the most strategically challenging that Caribbean leaders and senior ministers responsible for more than domestic policy will have faced since independence or the US intervention/invasion of Grenada. This is because the global order that emerged after the Second World War and at the end of the Cold War is about to be upended and despite objections, consigned to history.”

In the spring, Guyana acted on the global interest triggered by its major oil finds earlier in the year. Guyana’s Foreign Minister Carl Greenidge spoke to Caribbean Intelligence© during a visit to the UK, outlining his country’s plans to capitalise on the oil prospects and the need to pump up other parts of the Guyanese economy.

Caribbean experts spent a large part of spring and summer 2017 analysing the potential impact of Brexit and what the Caribbean needed to do to protect itself from the European Union divorce. Caribbean Intelligence© spoke to a range of experts on the impact of Brexit on trade, aid and European future strategy.

In the UK, the outpouring of grief over the fire at Grenfell Towers in June spilt over into Notting Hill Carnival two months later. Caribbean Intelligence© was at the Carnival to chart the Caribbean festival and its reaction to the Grenfell tragedy.

September brought its own tragedy to the Caribbean in the forms of Hurricane Irma and Hurricane Maria. Dominica’s Prime Minister Roosevelt Skerrit became a one-man newsroom during and after Maria’s devastation of his country.

The hurricanes left the tourism industry and global experts working out how the Caribbean could go beyond mere repairs and build back better in a more resilient form. The region’s friends weighed in and Dominica-born Commonwealth Secretary General Patricia Scotland shared her views with Caribbean Intelligence© on climate change and building back better. At the same time, the plight of Puerto Rico also prompted concern and regional interest.

Of course, there’s much more to the world and the Caribbean’s role in it in 2017. Our news round-up page includes the top stories of the year and a Twitter feed that has provided an accurate run-through of the things loved, hated and endured by Caribbean people at home and abroad. We invite you to take a run-through our editorial line-up for the year and wish our readers all that they would wish themselves in 2018.

Bored with news? Our “What’s the Buzz” feed continues to provide what Caribbean Twitter and music and cultural watchers are tweeting about.