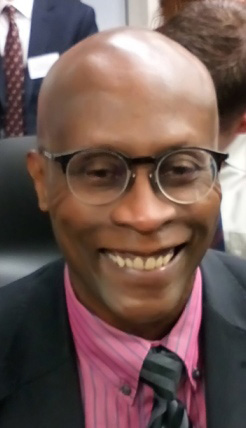 This article has been written for Caribbean Intelligence from a report for the Ramphal Institute.

For the last two years, Brexit has been dominating the headlines. But what will the UK’s leaving the European Union (EU) mean for the Caribbean? Will it cause problems, will it offer new trading opportunities or will it make no difference?

The press has focused very much on the politics, migration, jobs, whether the UK should go for a hard or a soft Brexit, etc. This is not surprising; after all, the June 2016 referendum was about the future the British electorate wanted for their country. But their choice will have economic consequences way beyond Britain’s shores.

To understand why and how Brexit will affect us, even if we are so far away, we need to understand how it will change the way that Britain trades with the Caribbean and the rest of the world.

The 2016 referendum was fought to “take back control” with the focus on migration. But restoring the UK’s ability to make and manage its own external trade policy has been a key political aim.

As a member of the EU, the UK is not free to set import duties and negotiate trade on its own in the World Trade Organization etc. Instead, it works within a single EU framework and is bound by and applies the same international trade agreements and treaties as the other member states.  They collectively draw up the common trade policy, which is overseen by the EU’s institutions, in particular the Commission.

The day after Brexit, the UK will no longer be party to EU treaties, whose rights and obligations will automatically cease to apply to it or be applied by it, unless all sides agree otherwise.

The economic “rationale” for Brexit is that the UK will be able to independently devise and operate its international commercial policy and directly negotiate and conclude trade agreements to advance its own, rather than common EU-wide, interests. This it cannot do while it is still in the EU.

The value of that new power will depend on the UK securing new deals that provide it with greater overall trade and economic benefit than it would receive as an EU member.

But that is not a question for this article. Instead,the concern is whether the changes could jeopardise any of the Caribbean region’s exports.

Importance of the UK market

Ever since colonial times, the UK has been the major export market for the Caribbean. St Lucia is relatively the most dependent on the UK market, which received €7.8m or 77.8% of its total exports to the EU. The largest CARICOM exporter is Trinidad and Tobago, which in 2015 exported €156.8m to the UK, or 12.6% of its total €1.243bn in sales to the EU.

This table shows the importance for each country (also see below).

These figures underline the importance of the Caribbean’s trade with the UK. But when one looks at particular products, such as sugar, bananas or rum, we find that dependence on the UK market is even higher.

These commodity exports are possible because, under the Economic Partnership Agreements (EPA) with the EU, Cariforum members can export duty-free to the UK, while lower-cost competitors pay high duties.

Brexit’s headache and the threat to trade

The Caribbean’s costs of producing and getting goods to overseas markets are, in many cases, higher than its low-cost competitors, often in larger developing countries. This is because, unlike them, the Caribbean faces economic constraints due to small size and other geographic impediments that are beyond its control.

The headache posed by Brexit is that, once the UK ceases to apply the EPA after 29 March 2019, the default position is that Caribbean exporters will also have to pay full duties. Therefore, unless a solution can be found, regional bananas and several other exports will be priced out of the UK market.

Of course, the UK can replace the EPA with its own trade arrangement to provide adequate preferences. However, while it is still an EU member, it cannot negotiate and conclude separate trade deals. It has to wait until it leaves next year for formal negotiations to begin.

The UK is keen, as early as it can, to start negotiating trade deals with major partners such as the EU, the US, China, India, Canada and others. But the EU position is that this would have to await the end of a period of transition that might follow Brexit. Whenever it can begin negotiations, the UK’s priority will doubtlessly be on the big players. Small countries won’t be at the front of the queue!

The last thing Caribbean exporters need is a disruption in the duty-free arrangements, since that could result in an interruption to trade. Even if the exemption from duty is ultimately reinstated, exporters of sensitive products, such as bananas, could find that they are not able to re-enter and re-establish themselves in this important and lucrative UK market once they have lost their presence.

What needs to be done?

A study last year by a team of experts with the London-based Ramphal Institute urged that any hiatus in trade must be avoided. It proposed that the UK should safeguard the trading positions of those countries that currently rely on the EPA by confirming that it will continue to grant their exports duty-free entry while leaving unchanged the tariffs faced by their competitors. Essentially, the study proposed that the UK should continue to offer them preferences and the benefits of the EPA.

Later on, CARICOM Ministers held urgent talks in London with their UK counterparts.

On 9 October 2017, the UK Government put out a White Paper for public consultation. Even before that, the Department for International Trade, headed by Liam Fox, had been consulting with various institutions and experts.

Following the White Paper and the consultations, the government published on 21 November 2017 a Bill entitled Taxation (Cross-border Trade Bill), which is currently before Parliament. It aims among other things to empower government, after Brexit, to establish its stand-alone customs regime and independent international trade policy.

Looking to the future

The economies of CARICOM countries have been well entwined with that of the UK, which itself has for close to half a century been part of the EU. Not surprisingly, therefore, Brexit’s consequences will be far-reaching.

This article considered trade concerns, but Brexit will also affect development aid and various other elements of relations with the UK.  How precisely, though, cannot be predicted at this stage, since that will depend on the outcome of negotiations and the political decisions taken.

CARICOM will need to ensure that the development assistance provided by the EU and the UK is not reduced following Brexit.

Brexit’s consequences for the Caribbean can be positive, negative or both. The challenge will be to work effectively with the UK to ensure that the region benefits from it rather than becoming its unintended victim.

While welcoming the UK government’s willingness to safeguard existing trade, the Caribbean cannot afford complacency. Instead, it needs to be fully engaged in monitoring the negotiations and developments, devising appropriate policy positions and pursuing optimal strategy.

The UK’s leaving the EU provides an historic opportunity for resetting relations with the Caribbean and building a modern, constructive and mutually beneficial relationship that safeguards and advances the region’s trade and development interests.

Edwin Laurent is the Director of the Ramphal Institute and a Senior Adviser to the United Nations Environment Programme. Formerly, he was the Head of Trade and Regional Cooperation at the Commonwealth Secretariat. He has served in Saint Lucia's Ministry of Finance and the Ministry of Trade, Industry and Tourism. He has held a number of diplomatic postings including Permanent representative to the WTO, the FAO, the OPCW, and Ambassador to France, Germany and to Belgium and the first Eastern Caribbean States Ambassador to the EU.

Caribbean country exports to the EU

What can Caribbean countries do now that Article 50 has been triggered? 2016 - Caribbean Intelligence

How might the Caribbean respond to Brexit? - 2016 - Caribbean Council for Europe