Brexit: What does the Caribbean do now that Article 50 has been triggered? 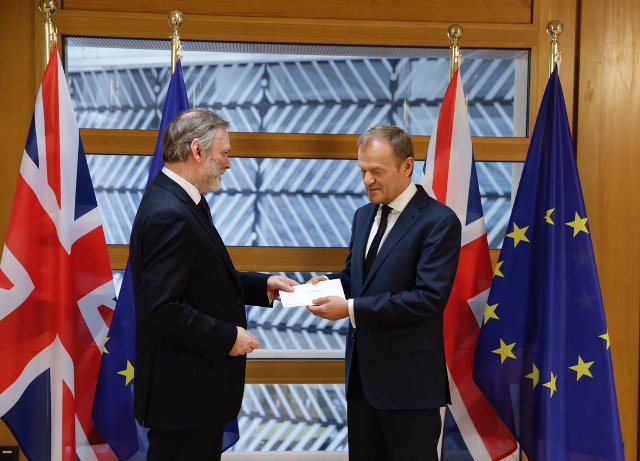 The Caribbean, like the rest of the world, has had a lot of time to think about the impact of Brexit on its own fortunes.

While the UK saw the dust settle on the June 2016 referendum, went through a government shake-up, watched a new team take the helm and then viewed the slow march towards the triggering of Article 50 on 29 March 2017, the UK’s allies in the Caribbean were also pondering that key question: “So what happens next?”

Under the aegis of the Caribbean Community (Caricom), the Commonwealth, the Ramphal Institute and the African, Caribbean and Pacific (ACP) group of states, there have been a number of discussions on how the Caribbean can preserve its established links with Europe and forge new trade and other links with a UK outside of the European Union (EU).

What the experts say

The word “experts” might have become a dirty word in Brexiteer politics during the UK referendum campaign, but Caribbean, Commonwealth and other organisations have continued to consult wise heads on forging a way forward during the Brexit talks and in a post-Brexit world.

Caribbean Intelligence© spoke to people who have worked on behalf of the Caribbean’s trade interests over the decades to get a sense of the first steps the region might consider as the UK starts on its two-year journey to leaving the EU after triggering Article 50 of the Lisbon Treaty.

Caribbean Council for Europe’s former Director, David Jessop, now a consultant, has seen the Caribbean move from post-colonial European trade deals in sugar and bananas to today’s offers of services and modern economic deals. He told Caribbean Intelligence© that there is a lot that the Caribbean can do now.

“Because the process has so many interdependent political and economic parts, no-one can guess the trajectory or outcome of negotiations with any certainty,” he said as Article 50 was triggered.

“Nothing practically will change in relation to trade with the Caribbean until either Britain leaves the EU on a negotiated basis or, should the negotiations with the EU27 fail, it decides to walk away. In both cases, Britain will have to renegotiate or roll over its existing trade arrangements, and establish new arrangements at the World Trade Organisation (WTO),” he said.

He added: “While there have been exchanges with British ministers and officials, the region should move quickly to scope out the threats and opportunities to its trade in goods, for example in relation to sugar, bananas and other more recent value added exports of foodstuffs and manufactured items.

“More importantly, the region needs to be exploring where there may be impediments or new opportunities in professional and other services. It should also be spending time considering a wide range of other issues, from current air services agreements to, for example, matters that may appear obvious, such as the definition of rum.

“The UK approach to these and a huge range of other seemingly mundane matters is presently governed by treaties and regulations between the Caribbean and the EU, and it is by no means clear when and how the UK might adopt or adapt these; or worse, that others elsewhere may seek changes.

“There needs to be regular contact with the UK Parliament and UK officials and with the EU27 to scope out the huge range of questions that may arise. Only by doing the technical work now can the Caribbean hope to determine a position,” Mr Jessop told Caribbean Intelligence.

Jamaican economist Ransford Smith is a former Commonwealth Deputy Secretary General whose portfolio has included industry, investment, commerce and technology in Jamaican government ministries and diplomatic postings in Washington, the UN and the World Trade Organisation (WTO) and UNCTAD (United Nations Conference on Trade and Development).

As one who helped put in place and steer the current deals Caribbean and other developing countries had forged in today’s EU, Mr Smith told Caribbean Intelligence that the invocation of Article 50 gave urgency to the protection and promotion of Caribbean and wider ACP interests.

“The challenge faced is uniquely two-fold,” he said.

“It is not just determining and agreeing in the region on policy initiatives and the substantive matters to be given priority, but  also the challenge of  ensuring meaningful hearing and dialogue in a context where the interlocutor, the United Kingdom,  is faced with a brief timeframe - two years -  to negotiate its exit from the European Union and will be largely preoccupied at the same time with repositioning  itself at or near the top table of global leadership.

“The unravelling, or reshaping, of 40 years of treaty rights and obligations within the EU and with extra-EU partners will be an exceedingly complex and expansive task,” he said.

“For this reason, over the next few years, Caribbean interests and concerns may not figure readily nor prominently in an environment where political, diplomatic and negotiating resources will be  focused disproportionately on ensuring the best Brexit deal for the country.

“Unfortunately for us, none of this diminishes the fact that Brexit will have significant implications for the Caribbean and for ACP countries in areas such as trade in goods and services, investment, movement of peoples, and development assistance. The UK is the main trading partner for Caricom countries amongst EU members. It is also a leading provider of development assistance to the region both bilaterally and through the EU's European Development Fund (EDF).”

He points out: “With the triggering of Article 50, we know that the UK will withdraw from the EU.  We know also that there is no intention to seek membership of the single market or customs union: the bottom line therefore is that the terms and conditions of trade that will exist between the UK and the EU, and between the UK and the rest of the world,  will be different after 2019 and there is no certainty at this time as to what precisely those terms will be, except for general concurrence that WTO terms and conditions will apply, should no Brexit agreement be reached.

“An obvious concern that Caribbean countries and ACP member states have, and a major issue to be pursued by them, is the future of the Economic Partnership Agreements (EPAs) that have been negotiated, or are still under negotiation, with the EU - and so far with the active participation of the United Kingdom. The EPA negotiated between the EU and the Cariforum Group (Caricom plus the Dominican Republic), and agreed in 2008, provides for indefinite duty free quota free Cariforum access for goods, as well as for trade in services, under preferential conditions. It is vital that these conditions should continue or be improved in respect of the UK market, even after Brexit.”

He told Caribbean Intelligence©  that these include:

Former Eastern Caribbean diplomat Edwin Laurent has also steered Caribbean interests in Brussels and London. As the current director of the Ramphal Institute, he is a co-author of After Brexit: Securing ACP Economic Interests, which was launched in February.

He told Caribbean Intelligence that Brexit will have “major and far-reaching consequences way beyond the UK” and that Caribbean countries are among those expected to be most affected.

“It will result in the loss to the European Development Fund (EDF) of its third-largest contributor, that is putting in nearly €4.5bn to the 11th EDF and is a major contributor to the EU Development Budget, “ Mr Laurent said.

He explained: “The EDF is very important to the Caribbean, which will need to ensure that the UK adequately makes up for any eventual cutback to the financial support that the region has been receiving from Europe.

“Another concern is that upon leaving in two years’ time, the UK will cease to be a party to the free trade deal that Caribbean countries have with the EU, the Economic Partnership Agreement. That agreement, the EPA, permits the countries to export their sugar, bananas, rum, and other products, to the UK without having to pay duty. Most of these Caribbean products would not be competitive if they had to pay duty.

“Any interruption in trade could have devastating economic consequences because, once markets are lost even for a short time, they might never be regained. Caribbean experts have therefore been calling for an arrangement with the UK that would permit the continuation of the duty-waiver on the region’s exports to the UK. “

The Ramphal Institute, in tandem with the ACP, has produced the most comprehensive guide to renegotiating with the EU in the two-year period to Brexit. That report was launched in February 2017.

The report’s recommendations focus on a two-pronged approach: short to medium-term protection of existing trade deals with the EU and the UK, along with the negotiating of better long-term free trade agreements.

The chairman of the Caricom Commission, Prof Kusha Haraksingh, said at the Ramphal Institute book launch that trade deal negotiations were an “accustomed exercise” for Caribbean countries.

Prof Haraksingh said that in the example of Trinidad and Tobago, economic planners had to take into account the changing Caribbean demographic, which meant that the “children of sugar workers” wanted to work in services.

“We have young populations and we need to find jobs for them,” he told the Ramphal discussion.

The Chair of the Ramphal Institute, Patsy Robertson, told Caribbean Intelligence that Caribbean diplomats in the UK will be vital.

'What this means is that Caribbean countries must now begin to launch a campaign which will engage UK Ministers and officials.  They will be involved in lengthy and difficult negotiations and smaller trading partners, such as the Caribbean, face the prospect of a tedious place in the back of the queue. They must be clear about the short-term and long term challenges and must be vigilant in maintaining their close links with their ACP partners. It will be imperative that a negotiating plan and strategy for these developing countries must be agreed as soon as possible and as it is likely that these negotiations will be held in London, extensive bilateral engagements with UK Ministers and other representatives in capitals and London will be invaluable.  High Commissions in London will be in the forefront of these activities and a joint team for the Caribbean should be developed immediately.'

Meanwhile, ACP officials have also started a series of meetings with the Commonwealth and with British government departments to plan a timetable which will make sure that the Caribbean’s short and medium-term gains and future needs do not get forgotten as the UK beats a post-Brexit path to the doors of bigger global allies.

British Prime Minister Theresa May spoke of “relations with old friends and new allies” in Britain’s House of Commons when she announced the triggering of Article 50. With those relations in mind, Caribbean trade negotiators and their allies in Europe are already mapping plans to make sure that the interests of smaller nations will not get lost during the two-year (or longer) divorce proceedings.

Caribbean Council for Europe - Brexit, trade options and the Commonwealth