Caribbean and Diaspora News in Brief 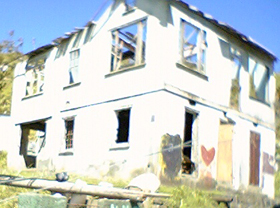 Is your community disaster-ready? - On 15 July, the Caribbean Development Bank (CDB) launched a US$23.5m fund for disaster risk reduction.
Caribbean Intelligence© understands that the fund is aimed at on-the-ground community projects that deal with reducing the risk of disaster and climate change.
Small grant packages will be available, with a cap of US$650,000 for vulnerable communities.
The money is made up of joint financing from Canada’s Foreign Affairs, Trade and Development Department and from the UK’s International Development Department, DFID.
CDB Disaster Risk Reduction Fund director Leslie Walling pointed out that although disasters affected entire countries, “all disasters are local phenomena”.

Cable & Wireless prepare for Miami move - In the next step towards its move to focus on its Caribbean and South American operations, Cable & Wireless (CWC) has found a new HQ in Miami.
The company announced on 18 July that it had signed a lease for office space in the Columbus Centre.
The office complex in Coral Gables will now be fitted out for the company’s needs.
Cable and Wireless had announced in May of this year that it planned to close down its London headquarters and relocate in Miami.
CWC’s Chief Executive Tony Rice had said that the move was to focus the business on Panama and the Caribbean.

Former Dominican PM bowing out - Edison James announced in Roseau that he will not be seeking re-election at the country’s next general elections, due before the end of 2014.
Mr James, 70, is the leader of Dominica’s United Workers Party (UWP), which he founded. He also served as prime minister between 1995 and 2000.
If mentions in the Dominican media are anything to go by, frontrunner for the UWP leadership is regional journalist Lennox Linton.

St Lucia Carnival – Unlike bigger carnivals in the Caribbean and in the Diaspora, St Lucia’s 2013 fete was relatively peaceful.
With tents now packed up and all titles announced, violence during the event was limited to one non-fatal stabbing and a few fights.
The only sign of discontent to be found in the St Lucian newspapers was a complaint in the St Lucia Voice about “underage children in de fete, going wild”.
Even Tropical Storm Chantal the week before the main events failed to spoil the party. It simply forced the postponement of some shows to the week after the carnival parade.
Ricky T took both the Road March and the Power and Groovy Soca Monarch titles with Mas Attack, Best costume design went to Ritual Carnival Band, for their portrayal Viva Brasilia, and Calypso Monarch was Menell, with winning tunes Kenny is King and So, So Love.
Must see is the hilarious intro video for the song Mas Attack – a bit superhero, a bit Hollywood spoof.
For all the pictures from the St Lucia festival, check out /saintluciacarnival n Facebook.

Murray mania - Even on holiday, British tennis hero Andy Murray couldn't put down his racquet as he was caught by photographers for the British newspapers in the Bahamas.
The new Wimbledon men's champion was featured by most of the British tabloids as he played a type of beach bat and ball on the beach.
As the first male Brit to take the title since 1936, it took Murray and his girlfriend Kim Sears a week before they could escape to the Bahamas.
He didn't hide his break, tweeting as he got off the plane: "Just got off flight... going to eat a lot and do very little else."
That doesn't explain the beach bat and ball, but then, he is due back for training after a mere five-day break.
The Scottish Daily Record newspaper reported that the couple often stay at the Atlantis Hotel after major tournaments.
It said the resort had been host to Rihanna, Oprah Winfrey and Michael Jackson.

No Wonder for Florida – Protests following George Zimmerman’s acquittal for the murder of black teenager Trayvon Martin have left parts of the US hotter than July.
Stevie Wonder has decided to boycott the state of Florida, where the unarmed teenager was shot, because of its Stand Your Ground law, which upholds citizens’ right to use force in self-defence.
Stand Your Ground legislation means that before the authorities can arrest or prosecute someone claiming self-defence, they must have evidence rebutting that claim.
Because of that law, Mr Zimmerman was not arrested until nearly two months after he shot Martin. Nonetheless, his lawyers did not invoke that law in his defence during the actual murder trial.
Stevie Wonder said after the Zimmerman verdict: “I decided that, until the Stand Your Ground law is abolished in Florida, I will never perform there again.”
He added that, wherever the law was on the books, he would not appear in that state.
This means no Stevie Wonder performances for more than 30 states which have some version of the law, including Alabama, California, Georgia, Indiana, Texas, Utah and West Virginia.
US Attorney General Eric Holder has also waded into the post-Zimmerman Stand Your Ground debate.
Mr Holder said that, in his youth, his Barbadian father had advised him to act carefully if stopped by police.
“This was a father-son tradition I hoped would not need to be handed down,” he told the annual convention of the NAACP.
He added that, as a young man, he had been pulled over twice when he was sure he had not been speeding and had been stopped and searched while out late at night.
“We must confront the underlying attitudes, mistaken beliefs and unfortunate stereotypes that serve too often as the basis for police action and private judgements,” Mr Holder said.

Pan in Perth – We all know about the spread of pan wherever members of the Caribbean Diaspora are to be found: Europe, the US, Canada and, of course, Japan.
Well, yet another Trini has been the inspiration behind Perth Pandemix – the first steelband in Western Australia – which has been launched more than 17,000km from the mother country.
Larry Cavalho, a Perth businessman of Trinidadian descent, explained to Panonthenet.com how he “had gotten pan in meh head from way back in the 70s”.
He had heard Trini pan players and got interested. Perth apparently has a large number of Trinis.
The pans were ordered from a Trini pan arranger in Brisbane and Perth Pandemix Steelband had its debut public performance at the end of June.
For more, see www.panonthenet.com.

“You’re hired” Canadian cabinet by text – We’ve all heard of couples breaking up by text and on Twitter, but there was a new approach on 15 July as Canadian leader Stephen Harper announced his new cabinet first on Twitter.
The Canadian PM announced appointments post-by-post to fit into the 140-character role with the handle #shuffle13. Each tweet started with “Pleased to name….”
The reshuffle comes ahead of general elections expected in 2015 and after a Senate expenses scandal that tarnished some of his previous Conservative senators.
The Twittersphere was highly entertained as Mr Harper trended with mentions and retweets.
“Great to see almost all Ministers have a Twitter handle,” said one social media follower.

Let Kim run – The decision to exclude sprinter Kim Collins from the St Kitts and Nevis team for the IAAF World Championships in Moscow has riled his global fan base, particularly on social media.
As Collins took gold at the Hungary with a time under 10 seconds, after setting a new national record at a previous meet in Lausanne, his national athletic association said he had not followed the right procedures to gain selection for the national team.
This would have included taking part in the national championships or seeking a waiver.
The association previously took the high-profile move of withdrawing Collins from the 2012 Olympics, again due to an alleged violation of procedure when he left the Olympic village to stay with his wife.
Under the hastag #letkimrun and @kimcollins100m, tweets have come in from around the world denouncing the St Kitts and Nevis July 2013 decision. There's also a petition to get Kim Colins re-instated to his national team.
“Kim Collins not part of the St Kitts team for Moscow is crazy!” said one tweet.
“The federation need to stop being stubborn. THE MAN RAN 9.9!!!”
“If all else fails, come to NZ! We’ll welcome you with open arms,” said another.
“Mate come back out here. We love ya #runfor Aus,” said another.

Quote of the week:

“I always say to him ‘Don’t even trust yourself. Don’t take anything from anybody. Don’t eat from anyone’… Safa is not a fool.” Mother of former world record holder Asafa Powell as his parents threw their full support behind him after he was accused of taking a banned substance.