Brexit and the Caribbean - The next steps 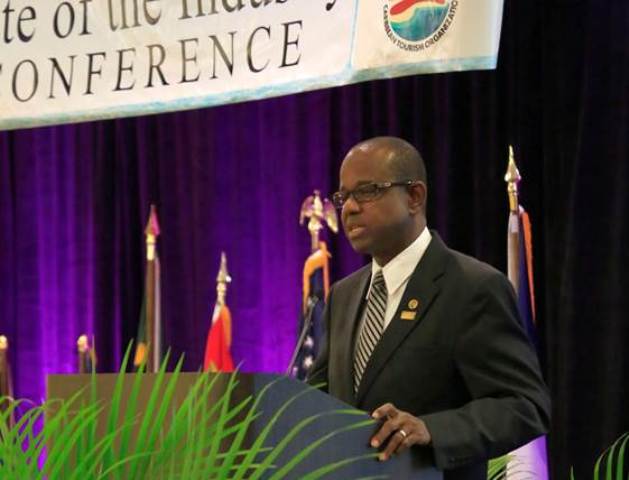 Brexit and the Caribbean - The next steps

One month after the UK’s Brexit referendum, Caribbean leaders, officials, affected industries and academics have started to piece together what a post-Brexit world would mean for the English-speaking Caribbean.

While the Caribbean Diaspora in the UK was feeling the pinch of a weaker pound, reducing the value of their money sent home, the region’s tourism sector was the first of the key organisations to look at the immediate and medium-term impact for tourism.

The Caribbean Tourism Organisation held one of its regular state-of-the-industry briefings on 6 July. The Q&A session to announce the industry conference later this year was inundated with questions from the Caribbean and abroad about the potential impact of Brexit on the all-important tourism industry.

CTO chief executive Hugh Riley told journalists that tourism was “incredibly vulnerable” to global financial and political change and that “Brexit provides one of those challenges”.

But he added: “The Caribbean has been able to rise above these challenges.”

The CTO had clearly made an early start in charting the challenges ahead, including:

For the CTO, the US still provides the largest amount of visitors to the Caribbean, but CTO officials admitted that Barbados, a firm favourite with a wide range of British visitors, would feel the impact of Brexit.

CTO chairman Richard Sealy said that the organisation was constantly monitoring the situation as it changed from day to day. Mr Sealy, who is also Barbados’s tourism minister, said that Britain was the number one source of tourists in Barbados and that “it would remain that way for the foreseeable future”.

He outlined how Barbados and the wider Caribbean had been able to chart their way through global changes, which he characterised as moving from “historic low” to “historic high”.

The CTO line has been that there is nothing to panic about and that the Caribbean had been pushing diversification of tourism a long time before Brexit, seeking visitors from Asia and the wider world, as well as encouraging more tourism within the Caribbean.

Their message was to redouble the CTO’s efforts and not forget the British visitor.

For one long-time advocate of Caribbean interests in Europe, David Jessop, redoubling efforts on trade and services negotiations is the key to progress.

Mr Jessop, the former director of the Caribbean Council for Europe, has helped to advise and steer the Caribbean in its European trade and service deals over several decades, from the days of the West India Committee to the current world of the Cotonou agreement.

Mr Jessop, now a consultant with the Caribbean Council, was one of the speakers at another post-Brexit analysis session, this time organised by the Ramphal Institute on 15 July.

He told trade officials and analysts at the Ramphal brainstorming session that this was not the time for the Caribbean to be waiting to see how the Brexit process worked out.

“Wait and see is absolutely wrong,” he told the gathering.

He said that it was “critical” for the Caribbean and other developing countries to collect detailed trade and service analysis, in order to look at the role the UK played in their own economic development.

He also flagged the importance of looking at the impact of possible changes in regulations and air services agreements – issues which he described as “very big questions” for the Caribbean.

Jamaican Ransford Smith, a former Deputy Secretary-General for Economic Affairs and Development with the Commonwealth, also told the Ramphal session that developing countries needed not only to be looking at their future bilateral ties with the UK, but also at changes in the European Union’s relationship with developing countries once the UK’s influence in the EU had come to an end.

The UK had been the go-to country for pushing the best deals for the African, Caribbean and Pacific (ACP) grouping and is also the largest importer of ACP products entering the EU.

He too urged negotiation, even with the “uncertainties inherit in Brexit” serving as a backdrop.

He cited Guyana’s Shridath Ramphal, Commonwealth Secretary-General for 15 years, who recalled in his book, Glimpses of a Global Life, how the ACP moved quickly when Britain first joined the then European Economic Community (EEC).

Mr Smith said that the same level of co-ordination would be needed for this “mirror situation” of Britain coming out of Europe.

Jodie Keane, economic analyst with the Commonwealth Secretariat, advised on the need to collect data to work out “offensive and defensive” options for negotiating with a post-Brexit Britain.

Trade experts at the conference pointed out that, with the possibility of a post-Brexit UK turning inwards as trade deals were being sought, the Caribbean’s trading bloc, Cariforum, could find itself placed lower down the queue in the new free trade agreement pecking order.

A month after the vote, it became clear that even the triggering of the Lisbon Treaty’s Article 50, the EU’s exit mechanism, would not happen straight away.

This means that on the present timetable, despite a 52% vote in favour of Brexit, the UK will not leave the EU until the start of 2019 at the earliest.

The CTO’s Hugh Riley summed up the only approach the Caribbean could take following the UK referendum and ahead of the forecasted long drawn-out move towards Brexit.

“All of this keeps us on our toes,” he told journalists.