The OECD has citizenship programmes in its sights 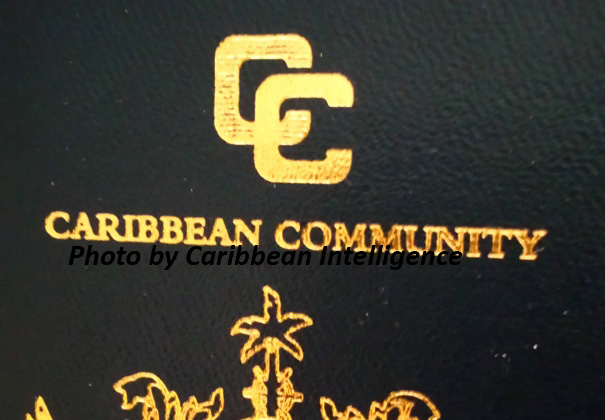 Some years ago, a well-liked and highly respected Caribbean Ambassador regularly made the point that the region should follow more closely the issues that the Organisation for Economic Co-operation and Development (OECD) and the G20 were debating.

He reasoned that any decision by one or the other of these complimentary bodies - they bring together the world’s most powerful economies - would always rapidly affect global policy, causing smaller nations to have little option other than to comply.

Although he recognised that the outcomes may not always be welcome and sometimes infringed Caribbean sovereignty, he believed that much more time should be taken to explore how their deliberations joined up with other policies, and to study the reasoning behind them.

They remain wise words. They are of particular relevance to the recent announcement by the OECD that it has begun a consultation process on whether globally, citizenship by investment programmes, including those operated by a number of OECS nations, offer ‘a backdoor to money-launderers and tax evaders’.

The OECD’s concern follows from an increasingly aggressive policy that has seen it and the G20 move deliberately against whatever facilitates tax evasion.

Last year the OECD’s Secretary General, Ángel Gurría, observed that closing down loopholes, improving transparency and making sure enterprises and individuals pay tax in the nations where they operate, remained a central priority of the G20.  His remarks followed the finalisation in 2016 under China’s leadership of a report by the G20’s Anti-Corruption Working Group, and a related agreement that the OECD with the IMF and World Bank Group would work towards a joint position on fiscal transparency.

For all these bodies, Mr Gurría noted, the issue had taken on a greater salience because of the backlash against globalisation and what he described as a stronger-than-ever need to deliver an agenda of inclusive growth.

These are of course just snapshots from a concerted, much broader and carefully directed long-term policy that is now entering a new phase: the exploration of the global tax implications of citizenship by investment programmes.

In a notice announcing a new consultation process, the OECD observed that ‘more and more jurisdictions’ are offering residence by investment (RBI) or citizenship by investment (CBI) schemes. While noting that these can be used for legitimate purposes such as visa-free travel, better education and job opportunities for children, or residence in a country with political stability, it expressed concern about their abuse by money-launderers and tax evaders.

Such schemes It suggested could provide loopholes for what is known as the Common Reporting Standard (CRS) which since 2014 has provided for the automatic exchange of tax and financial information globally.

Calling for evidence, the OECD notice explains that citizenship schemes which do not require residence may offer tax payers the opportunity to escape CRS rules. The document cites several ways in which this might be achieved.

It notes that while citizenship schemes generally do not offer a solution to escape the legal scope of CRS reporting, they can be exploited to undermine CRS due diligence procedures. Oversimplified, this could occur if an individual does not live in the relevant jurisdiction but claims to be a resident there for tax purposes and supports this by providing a financial institution with a document such as a passport.

Of particular relevance to the Caribbean is the OECD’s initial assessment that the risk of abuse of citizenship schemes is particularly high when they impose no or limited requirements to be physically present in the jurisdiction, or no checks are undertaken as to physical presence in the jurisdiction. It also cites as a concern, low/no tax jurisdictions; jurisdictions exempting foreign source income; jurisdictions with a special tax regime for foreign individuals that have obtained residence through such schemes; and/or jurisdictions not receiving or supplying CRS information.

As matters stand, all Caribbean jurisdictions offering citizenship schemes – St Kitts, Antigua, St Lucia, Grenada and Dominica -  fall into one or another of these categories, actively promote the idea that there are no residency requirements, and in two cases state that there is no tax on worldwide income.

Where this will lead remains to be seen, but the OECD’s consultation suggest that it has citizenship schemes in is sights when it comes to tax evasion and by extension the countries that offer schemes that might enable this.

It is far from clear how many of those who have applied for citizenship hold onshore or offshore bank accounts in Caribbean jurisdictions; what they may or may not have by way of documentation from their new-found country of citizenship; or what they do or do not report to one or another tax authority elsewhere.

How the OECD sees it

Unfortunately, in parts of the region there is an unwillingness to recognise the implications of this.

If evidence was needed that a country can become a conduit, it is the recent report from Trinidad’s Financial Intelligence Unit (FIUTT) observing that it had seen a significant increase in suspicious transactions related to the financing of terrorism. FIUTT observed that in the twelve months following October 1, 2016, 112 of the 877 suspicious transaction reports/suspicious activity reports it received were related to suspected terrorist financing and that 251 citizens of the country were ‘suspected of being involved in the financing of terrorism and related offences’.

Citizenship programmes have been under fire for some time now in relation to due diligence when it comes to the issuance of passports, the role of some sales agents, pricing, and the regional implications when it comes to free movement.

Despite governments’ understandable desire to raise revenue to ensure fiscal stability, the OECD’s new initiative brings into sharper focus the implications of citizenship programmes that have no residence requirements, and how they may be used by some in ways that could bring the region as a whole into disrepute.

As my friend the Ambassador might have noted, the writing is on the wall for those who care to read.