A New Narrative for Black and Asian Writers 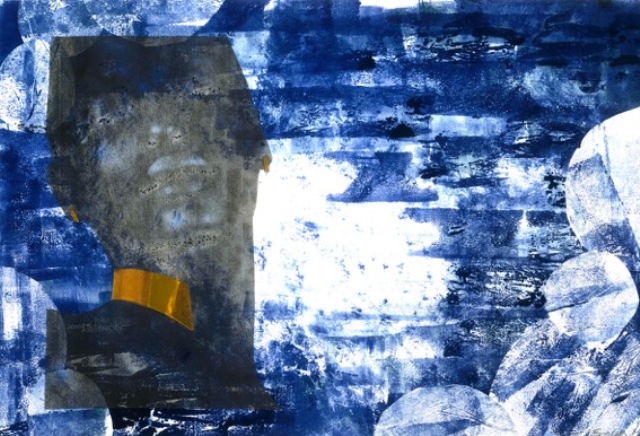 "A black writer? No, we don't do performance poetry." That, in a nutshell, was how editors reacted at one of the UK's major publishing houses to a suggestion that they might care to consider work from a budding young black talent. The poet in question, who was anything but a stand-up performer, was rejected unread.

That was one of the revelations that emerged from a recent conference at the British Library on Bringing voices together: Inclusivity in independent publishing in contemporary Britain.

The British Library, the depository of all things published in the UK, organised the gathering to look at the future for the UK’s independent publishers.

Organisers said it was aimed in particular at Black and Asian writers. The current mainstream hip acronym, BAME (Black, Asian & minority ethnic) communities in the UK, was often used. However, the discussions went way beyond this.

Many attending admitted that they didn’t know there were so many publishing houses working to promote Black and Asian writing talent.

One thing most participants agreed on – Black and Asian writers were not aiming to tell a particular narrative as requested by the UK’s mainstream media. Writers of colour in the UK and their publishers repeated their aim to write quality material, rather than get pinned to the stereotyped tales of urban life, second generation life in Britain, the migrants’ tale or life wearing a hijab.

“If we, as people of colour, don’t like what exists, let’s build what we would like,” author Amrit Wilson told the session she chaired on ‘Progress, Innovation & Next Steps’.

DIY out of necessity

The discussions produced life-affirming success stories and a “can-do” approach to publishing rather than a whinge-fest about the treatment of people of colour in the industry.

Participants spoke of the “DIY attitude” of people building up social media followings, promoting themselves and watching one another’s backs.

“I’ve ended up doing this because nobody else is doing it,” said founder of fiction provider SABLE, Kadija George.

She had recounted the experience in mainstream publishing where black writing had been described as “performance poetry” even before being considered.

Writer and academic, Dr Kavita Bhanot, who compiled the anthology Too Asian, not Asian enough, said that people had been quietly getting on with writing and publishing and nurturing fellow writers before black writing became “on-trend”.

Writer and co-founder of the grassroots project The Good Immigrant, Chimene Suleyman, told the panel on ‘Shortcomings in publishing’ that writers and publishers had found the past demand for black books dealing with “kids growing up on an estate” both “frustrating and restrictive”.

Many of the writers and publishers expressed a desire to be viewed as creators of quality content, rather than being nailed to any particular narrative.

The young entrepreneurs behind publishing outfit OWN IT! described their evolution to producing multi-platform content, not only from the black community, but anybody who did not sit comfortably in the mainstream stable.

Co-founder of OWN IT! Jason Morgan explained his motivation for going into publication. He held up a book from his childhood in which he had coloured in some of the white characters so that they looked like him.

The young entrepreneurs outlined how some writers came to them, instead of signing with mainstream publishers, for the flexibility in publication and promotion that they tried to provide.

OWN IT! explained how they would sometimes promote a book reading by posting publicity in Caribbean food restaurants and barbers shops, rather than through traditional advertising routes.

One of their published authors, JJ Bola, and his experience explained it all. The publishers explained how his prison letters novel No Place to Call Home: Love, Loss and Belonging, had been promoted by them as just good writing. However, one write-up in the national press had made him “cool” with the mainstream. OWN IT! had found themselves fighting to get him to be invited to talk about being a writer, rather than talk about being a “black” writer.

The opportunities created by the digital era have also given Black and Asian writers new ways to side-step the mainstream and build their own audiences.

Mend Mariwany, a writer and the co-founder of the writers of colour festival Bare Lit, said that when people of colour are marginalised, they play with more platforms to express themselves. He said that festivals such as Bare Lit had been reflecting this.

Some writers pointed out how Black activism had gone hand-in-hand with Black writing from the 1940s   until today.

A question from Caribbean Intelligence© about digital opportunities led to panellists outlining how online and social media platforms had made it easier to publish.

Some described how they no longer needed to talk to “zines” when they could showcase their own work online and create their own followings on Twitter.

The Digital & Publicity Manager of Jacaranda Books, Jazzmine Breary, explained how adding that joining Jacaranda had meant that “I didn’t feel like the ‘other’ anymore”.

Another pannelist, Dr Melanie Ramdarshan Bold, a senior lecturer in Information Studies at University College, London, explained how her own education had led her to avoid the “diversity” box.

“If I allow myself to focus on it [diversity], I just won’t go anywhere,” she said.

Looking to the future

The deliberations ended with a discussion about the future role of the British Library.

British Library staff explained how they had been seeking to widen their collection beyond books with ISBNs and periodicals published by larger and mainstream publishers.

The Lead Curator for Contemporary British Publishing at the British Library, Dr Debbie Cox, said, “independent and self-publishing has continued to expand rapidly.  It is a real challenge for us to know what is out there, so we rely on people to send us the publications they produce, whether that is a D-I-Y zine, a campaign leaflet or a self-published book. We view these publications as being really as important for our collections as, without them, our collections would not be able to represent the full range of experience in contemporary Britain.”

British Library staff outlined their plans to explore new subject pages on their website for Black and Asian Britain or Black British Studies.

Following the conference, Dr Cox told Caribbean Intelligence© that the British Library wanted “to put this information to use to build inclusive collections that will be available for future researchers as well as inspiring readers now.”

The general mood was for a next stage to include specialised archives, for payment for Black and Asian content and for work towards a changed perspective from mainstream media commissioners and publishers on work by people of colour. Participants said that this included the hiring of people of colour to help set the publishing, commissioning and writing agenda.

“We are hopeful that the [British] Library can now rise to the task of putting some of the ideas shared into practice,” event organiser Chantelle Lewis said after the conference.

As one participant put it: “allow people of colour to tell global stories”.

Other publications from Own It!