"Ground-breaking" to "giving back" - Rudolph Walker at 80 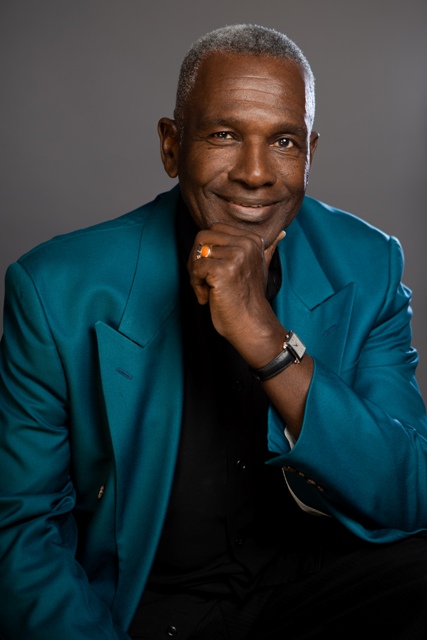 You can show your age by stating which is your favourite Rudolph Walker TV character.

After 56 years as a professional actor, Rudolph is one the Britain’s most-loved actors of Caribbean origin. His 80th birthday celebrations in October 2019 brought out a Who’s Who of British TV actors and a gallery of press coverage.

It seems that in a divided UK, Rudolph Walker is one of those celebrities who brings people together.

Ironically, one of the roles that propelled him to fame was in the 1970s British Thames TV series Love Thy Neighbour, which saw him co-starring with fellow Trinidadian Nina Baden-Semper. In the seven-series comedy (1972-1976), Walker played an angry black bloke living next door to an angry white bloke, while the comedy was sparked by their never-ending sparring and their respective wives’ attempts to keep the peace.

His other credits include the police comedy series The Thin Blue Line with Rowan Atkinson, the film Ali G Indahouse, Dr Who and Empire Road (1979).

Rudolph describes the 1970s as a favourite period because it was “ground-breaking”. He told Caribbean Intelligence: “In the 70s it was unusual to see an Afro-Caribbean couple on prime television in an extremely popular and successful series, so there was a novelty aspect to it.  Among sections of the society, the characters became their heroes. There is a more matured reaction [in] the last 15 to 20 years.”

And Walker has been one of those actors talented and lucky enough to make an even bigger mark in today’s TV era, playing character Patrick Trueman in the long-running BBC soap opera EastEnders from 2001 to the present day. This has been a tricky role, with his character featuring in a storyline about coping with life after having a stroke. His role in the popular soap also allows flavours of Trinidad (music, references, etc) to seep into the British TV psyche.

If you’re a British soap fan, you could not relate the challenged and challenging Patrick Trueman from EastEnders to the real Rudolph Walker – a quiet, modest man and a lively supporter of the arts, Caribbean talent and fans at Trinidad High Commission events.

His most recent venture, as far as the Caribbean community in the UK, Canada, the States and the Caribbean are concerned, was his appearance and backing for the Canadian-Trinidadian biopic film HERO – about World War Two air force veteran Ulric Cross.

Not only did Walker appear in a cameo as pan-African financier and activist T Ras Makonnen in the film, which charts Cross’s wartime activities and role in the 1950s/ 60s pan-African movement, but he also used his status to attract the young talent that made that film such a watchable slice of history.

“This particular project was important to me, not only because Ulric Cross was a friend and so is Ms Frances-Anne [Solomon, who wrote, directed and produced the film], but because it is important to record and highlight the great achievements of people of colour,” Walker told Caribbean Intelligence.

“I also recognise the difficulties less high-profile projects experience - I’ve been there - and it’s just my simple way of giving back, and as long as I have the health and strength, I’ll continue to do so,” he added.

Walker has found other ways of “giving back”. On his 70th birthday, he launched the Rudolph Walker Foundation, aimed at providing opportunities and incentives for disadvantaged young people to start out on an entertainment career.  The Foundation’s work includes the Rudolph Walker inter-School Drama Award (iSDA) and the Rudolph Walker's Role Model Award (RWRMA) for positive leadership and good influence.

At 80, Rudolph Walker is not yet thinking about retiring to a Caribbean beach retreat and being hailed as a UK “national treasure”. He said that he wants to be remembered as a “pioneer”. When asked if there is room for more Caribbean-Diaspora crossover work to showcase the wide talent in the entertainment industry in the Caribbean and the Diaspora, he answers: “We’ve only just scratched the surface.”

At 80 years young, he told Caribbean Intelligence that he’d like to learn a musical instrument and do a stage play.