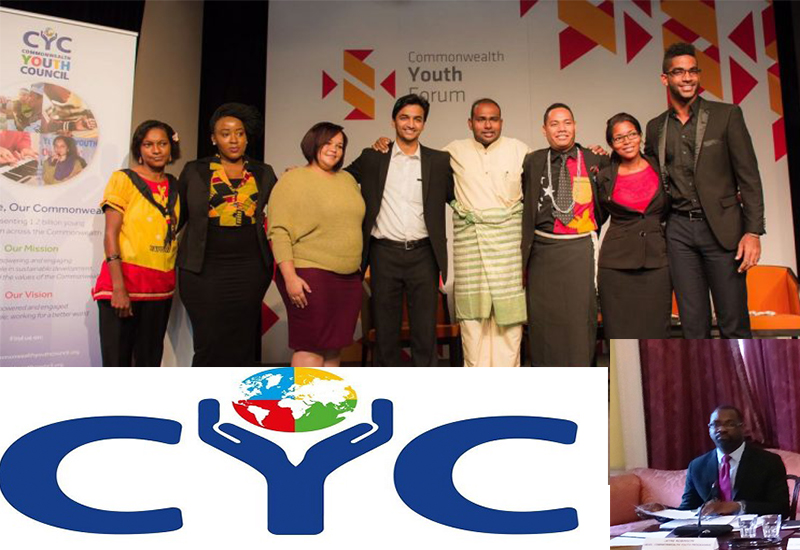 Parallel to the upcoming Commonwealth Heads of Government Meeting (CHOGM), the Commonwealth Youth Council (CYC) will hold a Youth Forum, which is expected to endorse a number of initiatives aimed at getting young people tuned into the Commonwealth’s message.

It’s the Caribbean’s turn to chair the CYC Executive, with two regional nominees up for the two-year chairmanship. Caribbean candidates are also shortlisted for other positions on the executive with the CYC General Assembly. The Assembly will take place as part of the Commonwealth Youth Forum in London from 16 to 18 April.

Layne, who moved through youth policy work in his native Jamaica to the Commonwealth Secretariat in London, is currently the face for youth programmes at the organisation’s administrative headquarters in London.

His division launched a roadshow in March 2018 to visit universities across the UK. It's the start of what will be a Commonwealth-wide campaign to get young minds to buy into an organisation that will become 69 this month.

Youth are half the Commonwealth

Layne, as the point man to lead on youth engagement, says that young people make up 1.2 billion (young being defined as under 29) of the 2.4 billion people in the Commonwealth.

Much of his outreach work has so far been on social media, but the next stage is to engage higher education centres, youth centres and social clubs across the Commonwealth to reach out to young people.

“There are lots of voices for them [young people] to be listening to... The Commonwealth must become one of them,” Layne told Caribbean Intelligence©.

He said that there were already a large number of youth networks engaged with the Commonwealth and the key will be to showcase what the Commonwealth can provide for young people today in terms of a hoped-for expanded scholarship programme, opportunities to network and a chance to engage with their elders.

“They don’t have that opportunity in their countries and so they have a chance to actually talk to their leaders and we’re hoping this will change their lives,” Layne explained.

The Commonwealth youth theme for 2018 is Powering our Future, which ties into the overall Commonwealth year theme of Towards a Common Future.

As far as Layne is concerned, young people are “the best agents for change and they are the best agents to get the message out” within the family-type network that is the Commonwealth.

Layne promises that the current roadshow will “not just be a one-off here in the UK”. He does, however, feel that the UK efforts are important at a time when British public focus is on so many other issues (you know what they are).

He’s getting young people to discuss a range of ideas, from local champions promoting the Commonwealth to what he called “good old-fashioned radio” to reach young people in rural areas or areas made remote by environmental damage.

Layne said work to date with young people has indicated that they don’t want to hear the usual communiqué-styled action points from leaders, but what he called “tangible, practical actions” that they can implement for themselves.

“The success of the Commonwealth rests with young people,” he told Caribbean Intelligence©.

The CYC will be held at the same time as a number of Commonwealth Week parallel events showcasing issues facing women, business, civil society and elderly people.

Youth representatives will elect their own CYC leaders for the next two years. There will also be a vote for Commonwealth Young Person of the Year, which has received hundreds of applications.

The Youth Forum will stage a Global Citizens Concert, with tickets being allocated to young people signed up to do things that make a difference in their communities. The event will be live-streamed, to make sure it’s shared with the other 52 Commonwealth nations.

For Layne, young people will help “strengthen that [Commonwealth] profile in their countries, so that people will begin to think Commonwealth again”.

That Garvey music and young people (2013)