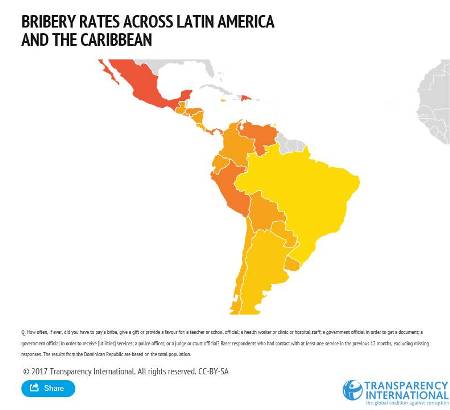 Transparency International (TI) has published its latest report on first-hand experiences of bribery in public services in Latin American and the Caribbean. The report, which is part of TI’s Global Corruption Barometer series, is based on sample surveys in most countries conducted in 2016.

The Dominican Republic, whose results are based on the total population, notched up the highest bribery rates in the Caribbean. Other countries where a smaller survey took place, included Jamaica (21%) and Trinidad & Tobago (6%).

Caribbean Intelligence© has pulled out the headline findings: