Debbie Ransome has been a journalist and editor in the Caribbean and in London for over 30 years.

She has worked at Radio Trinidad and the Barbados-based Caribbean News Agency.

At the BBC in London, she served as producer and later Head of the BBC's Caribbean Service as well as working with BBC News Online, Radio 4 and BBC World TV.

She has also served as Associate Editor of the Caribbean Council's newsletter and as a consultant for the BBC and the Commonwealth.

THE EDITORIAL ADVISORY BOARD 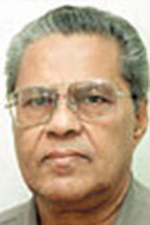 Rickey Singh is a Guyana-born journalist of the Caribbean region who lives in Barbados with his family. He has a long history in newspaper and wire service journalism, particularly in the areas of politics and social issues across the region, starting in Guyana before moving to Trinidad and Tobago and, currently, in Barbados.

Recipient of an Honorary Doctorate from the University of the West Indies for his outstanding contributions as a journalist in regional affairs, he has had the privilege to be a founder and first President, for a decade, of the first-ever regional body to represent journalists in the Commonwealth Caribbean—the now defunct Caribbean Association of Media Workers (CAMWORK). A former contributor to foreign publications in the USA and Britain, as well as to the former BBC Caribbean Report and Caribbean News Agency (CANA), he currently works as a columnist and general contributor for the Trinidad Express and Barbados Nation newspapers, Jamaica observer and Guyana Chronicle. 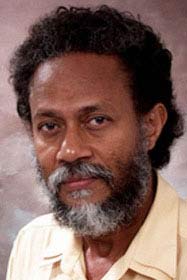 Tony Fraser's long career in journalism goes back over 35 years and covers his work in television, newspapers and magazines and radio. He has been involved in many pan-Caribbean media houses including Radio Antilles, the Caribbean Broadcasting Union and BBC Caribbean Service and the Caribbean Contact.

In addition to his work as reporter, he has been investigative journalist producing television shows and newspaper articles and newspaper columnist and editorial writer for the Trinidad Guardian and Business Guardian.

He has also been mentor to young reporters and part-time lecturer in journalism at the University of the West Indies, St Augustine campus.