An ill wind: After the storms, the Caribbean’s learning curve 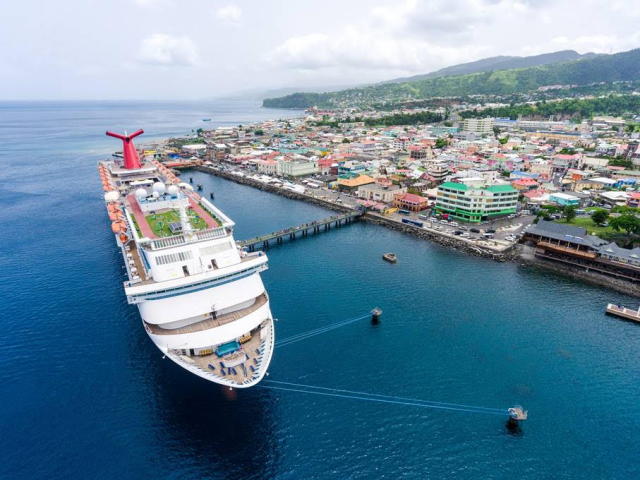 If there’s one thing you can be certain of, it’s the Caribbean ability to get up and start all over again. The 2017 hurricane season provided a particular challenge to the Caribbean. That experience led to the #buildbackbetter approach to replace previous build-and-repair work following previous devastating hurricanes.

Caribbean Intelligence© has been gathering some of the key developments to see how Caribbean people are improving their lot after the hurricanes.

Haiti’s community tourism: "You're only as strong as your community network" is part of the philosophy at the family-run Haitian Le Plaza hotel. Located on the outskirts of the capital, Port-au-Prince, Le Plaza suffered less damage to its citadel-like structure during the 2010 earthquake than many in the country. Following that devastating event, the hotel provided accommodation for its employees, their families, aid workers and recovery teams. Despite continuing criticism of how governments have doled out international aid in Haiti from both within and outside the country, Le Plaza hotel has not invested all its hope in aid: it says it has put its faith in its communities. General manager Marc Pierre-Louis says: "All the hoteliers and basically all the businesses have a culture of extreme self-reliance...We work with the government, but also rely on each other. You're only as strong as your community network." Le Plaza has also been in a position to help neighbours beyond Haiti and has been known to fly a generator and tarpaulin into nearby Turks and Caicos following their hurricane damage. Mr Pierre-Louis says: "You really have to cultivate relationships and see where you can find the right help at the right moment.”

St Lucia’s “security blanket” holiday: St Lucia has created a “holiday guarantee” package which allows your vacation to continue elsewhere if disaster hits. The package is initially available for 22 properties which allow for an easier getaway owing to cancellation or an early departure without the changes hitting the tourists’ wallets. The acting chief executive and chief marketing officer at the St Lucia Tourism Authority, Tiffany Howard, said that “while Saint Lucia is rarely affected by hurricanes, this guarantee provides another security blanket to our visitors”.

Dominica getting “back on track”: Undoubtedly one of the hardest-hit territories of the 2017 hurricane season, Dominica says that its people’s lives are getting back on track. The majority of hotel and rooms are now reopened; the main heritage sites are open again with some repair work continuing; the ferry service to Guadeloupe returned in August 2018; and some cruise ships are returning. The island’s tourism director, Colin Piper, said: “A growing share of affected residents can say their lives are back on track or almost back to normal after the hurricane.” Carnival took place earlier this year, as well as the Jazz ‘n’ Creole Festival. To come are other events which Dominicans say point to their recovery – the World Creole Music Festival in October and Dominica’s 40th Independence celebrations in November.

Building a safety net: The World Bank has been working on “adaptive safety nets” which are social protection programmes for Dominica and other islands in the so-called “hurricane corridor”. These programmes include cash transfer and public works programmes which can be scaled up during times of emergency. The World Bank has been working with Antigua and Barbuda, Dominica and St Maarten on infrastructure which can either withstand hurricane damage or be built back faster. The World Bank’s Tahseen Sayed says that critical infrastructure is “essential to help communities recover faster from disasters”.

Oil and a green strategy can mix: When global oil firms first discovered vast amounts of oil in Guyana’s waters, the government was adamant that development in the oil sector would work in tandem with its green strategy. Foreign Minister Carl Greenidge told Caribbean Intelligence© in 2017 about plans for forestry investment. This year, even more oil has been discovered and Guyana looks set to become the region’s next oil-producing powerhouse. This has not, apparently, deterred its Green Development Strategy. Guyana has entered a seven-year partnership with Norway for a US$250m investment fund to develop 19 million hectares of forest into what is being described as “the world’s first national-scale, payment-for-performance forest conservation agreement”. However, some climate lobby writers have questioned whether it’s possible to manage this balance between green credentials and massive oil development.

Be prepared: Grenada’s Prime Minister, Keith Mitchell, has shared his ideas globally on how to build back better. In an April 2018 interview with Caribbean Intelligence©, he shared his views on climate financing. Speaking to the World Bank in September of this year, he said that preparedness for future climate change hits would be vital. He also spoke about the lessons learnt about becoming climate-smart. “Becoming climate-smart is about having the ability to minimise the negative impacts of climate change and being able to recover faster after an extreme weather event such as hurricanes or flooding. It also pertains to our ability to adapt to changing climatic conditions, such as rising sea level, warming of the oceans, acidification, bleaching of corals, or depletion of mangroves,” he said.