A Trini in Europe 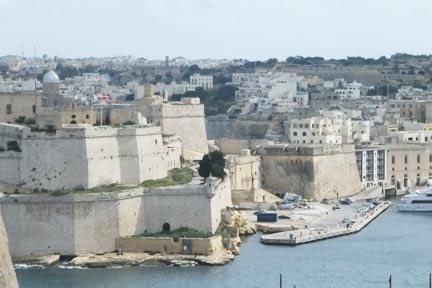 Sardines with onions and capers and endless shadow beni crushed in to it would be perfect with the boxes of crackers.

We may not find shark in a hurry, but any fish - deep-fried then quickly flash-frozen - will be a substantial enough meal for the soldiers on the run.

Chicken-foot souse will keep for months… Mauby is better than bottled water to quench the thirst of those still stranded in the Libyan Desert and should be fine dropped from the UN helicopters...”

You have really got to hand it to a West Indian to find the resourcefulness needed to succeed in every crisis.

I know we Caribbean people are famous for being able to see the humour in pretty much every situation, but we have another attribute that I think is often overlooked: the ability to come up with some brilliantly resourceful ideas in an hour of need.

We might even have been the early developers of affirmative action long before the US Congress and Bill Clinton came along. Anyway, that’s what I believe.

What the woman talking about, you ask?

To explain, I came with my diplomat husband to live in Malta in the midst of the Libyan crisis.  All I can disclose is that this tiny island in the middle of the Mediterranean Sea had become a strategic point of defence for the West early on in the Gaddafi crisis, and this is where my tale begins.

Within days of arriving in the capital, Valletta, and after experiencing some of the behind-the-scenes action, so to speak, of the global evacuations to Malta, I was reminded of an exchange I once had with my English GP which is relevant to the Malta tale. Bear with me.

“How could you be sick?” she had said. “Your smileyness and inner sunshine means I should never see you!”

She meant it as a compliment, but on a cold London morning, after it had taken me ages to get the damn appointment in the first place, and you somehow knew your general state of stomach troubles were for sure linked to having eaten every crappy roti and fish sandwich - aka English version of a Maracas Bay bake-and-shark - laced with equally crappy pepper sauce one could find across London in one weekend, my doctor’s back-handed compliment did not help.

Especially when I knew I was facing a lecture about cutting out heavy dosage of pepper sauce and onions, home-cured in balsamic vinegar because it was the closest thing I could make to the "Chinee red mango" I loved eating while growing up in Trinidad.

But I digress. Back to Colonel Muammar Gaddafi and my tale of the Mediterranean, where my love of things culinary had accompanied me.

Throughout its history, Malta’s proximity to many crucial locations – sitting as it does smack in the middle of the Mediterranean Sea, with its two smaller picturesque islands of Gozo and Comino – means that it has pretty much been invaded several times by just about every ancient civilisation that passed through, including the Phoenicians, Carthaginians, Romans, Byzantines, Arabs, Normans, Germans, Italians, Spaniards, the crusading Knights, the French and eventually the British (of course) – hence Malta’s boast of having 7,000 years of history.

The salient point is that they, these conquerors and colonialists, have all left their mark on this small European country’s cuisine. It is heavily inspired by them all – even if the Maltese try to keep this fact on the “down low,” at least in polite circles.

The food is good in Malta: many restaurant meals are memorable. Local dishes are mainly influenced by Sicily, which no one can complain about and my belly particularly loves. Overall you can see traces of Malta’s varied history in many dishes and in their locally authored cookbooks.

In fact, when we first got here, I was struck by how much Maltese cuisine reminded me of Caribbean cooking – stewed rabbit is the national dish and I cannot tell the difference between it and any random stewed chicken from the islands. Fennel grows wild in abundance all over Malta and many Mediterranean countries; and how Caribbean is it to grab fresh herbs from the side of the road or your neighbour’s lawn (after making sure it is shadow beni and not grass) to whip up a one pot, just like in the Caribbean? There are endless Maltese dishes that call for glorious use of brown sugar, molasses, garlic bay leaf and thyme (except for flavourless recipes left behind by the conquering British, of course).

The way I saw it, my newly adopted home in Europe, a tiny spit of an island slightly bigger than Tobago, located smack in the middle of the Mediterranean Sea, was perfect for sourcing the food to send to hungry starving people fleeing Libya any way they could, and especially handy for those awaiting official organised evacuation during those months of war. The island is strategically and perfectly sandwiched between Libya, Italy and North Africa – just south of Sicily, which to me is the home of all things gourmet – a veritable pantheon of foodie heaven. “Perfect positioning” we call this in Trini. The Greek goddess of all things food (there must be one) and Poseidon couldn’t have plotted it any better.

So one evening, while assembled in a basement where dozens of international volunteers, foreign diplomats and charity groups were racking their minds and ingenuity genes to figure out what was best to pack into hundreds of suitcases and thousands of boxes to ship across the high seas to desperate men and women needing their first decent meal and general foodstuff in Tripoli in weeks, it was with a commanding voice, pulled from my TV-anchor days, over the din and confusion of serious diplomatic work, and perhaps with zeal they had not experienced before, save from the Maltese, that I offered up a tasty, cracking menu that I would later argue even Gaddafi himself might have confiscated for his personal dining pleasure, complete with the solid gold knife and fork with which they claimed he ate his meals.

“And maybe we could find someone to quickly knock up masses of rice and peas, which we could then bubble-wrap and tape up real well before putting in to the suitcases...” I concluded.

Silence echoed around the warehouse. Somewhere a dog whimpered. Two of the dozens of stray cats you could spot at any given time in any village in Malta looked up from the beams of the warehouse where they were perched.

The urban myth (as I now refer to it) goes that, when I eventually took a breath and looked around, there was a glow on my cheeks, a sizeable dribble from my mouth was about to hit the cashmere jumper, and I grinned a toothy grin that people would remember for years to come.

“Erm…we were thinking more along the lines of dried pastas, cereals, canned soups,” said a crisp but strangely soothing British accent from somewhere.

And right about then too, I swore I heard a senior diplomat recently decorated by Her Majesty for services to mankind whisper to my husband: “Mate, you need to take your wife back to the Caribbean real soon.”

I swear I heard it. Then I felt a gentle hand on my shoulder. It caressed my back as I was led away to sit down on an upturned crate. From out of nowhere, someone solicitously placed a cup of tea into my hands.

Needless to say, two more cups later and feeling a mixture of fatigue, inner peace and hunger, I still couldn’t understand people’s bewilderment or just what was so difficult about my strategic deployment plan for feeding the thousands fleeing Colonel Gaddafi’s reign of terror on his own people during the Libya’s uprising. The Colonel himself would have sent word that he needed the Caribbean recipes, if not his own personal West Indian cook. Shucks, man.

And so it was 15 hours later, with aching arms and sore backs from all the volunteer packing of thousands of boxes and every suitcase purchased on the islands of Malta, Gozo and Comino, that we watched the ship sail off from the stunningly beautiful blue Valletta deep-water harbour, laden and burgeoning with its bland, boring food bounty destined for Tripoli. I sent out a silent prayer to the God of the pirates (where are they when you need the pesky buggers).

“Bloody diplomats don’t know nuttin,” I grumbled. “They should just let us Caribbean women be in charge of saving the world.”

(Editor's note: Before contemplating buljol for Libyans, Natalie Williams was a journalist and editor in London and Trinidad).