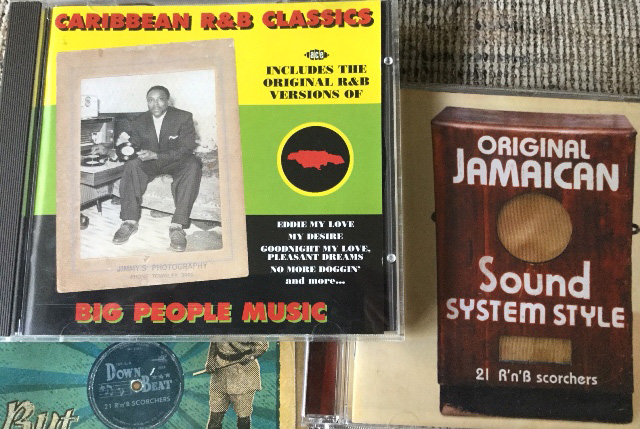 It might have been a throwaway line in last week’s obituaries for music legend Fats Domino, but his influence is directly responsible for what became Jamaican ska. Caribbean Intelligence© traces the story behind the Fat Man’s legacy to Jamaica.

Music aficionados would defy you to listen to his 1959 single Be My Guest and not hear the early use of a heavy offbeat, the rhythmic feature that became the backbone of ska. Time and again in the chronicles of early Jamaican music, Fats Domino’s name crops up as one of the early heroes of the emerging sound system culture.

But how did Fats Domino get to cast such a big shadow in 1950s Jamaica? Well, many of ska, rock steady and reggae’s greatest performers spent their formative years listening to blues and R&B broadcast loud and clear all the way from powerful radio stations in New Orleans and Miami.  When the weather was right, their booming signals could easily be heard throughout most of Jamaica.

US artists also started making concert appearances in Jamaica in the early 1950s, leaving their own imprints on the island’s embryonic music scene. Fats himself actually appeared live in Jamaica in early 1961, playing at the Jamaica Music Festival in Montego Bay on 31 January, followed by 10 dates in Kingston, most of them at the National Stadium. Contemporary accounts say that he was treated like a king by future ska and reggae stars.

Fats was also so popular in JA that he had a nightclub named after him, the Fats Domino Beer Garden, which stood near the corner of Retirement Road and Half Way Tree Road.

Fats was one of the key figures when that wave of US R&B crashed on Jamaican shores, but he wasn’t the only one: Rosco Gordon, Smiley Lewis, Amos Milburn and many others could also be heard in the island’s dancehalls during that era. A few years back, some enterprising UK record companies gathered together those tunes on a handful of now hard-to-find compilations.

As musical fashions changed in the US, suitable R&B records in that blues and boogie style became scarce, so Jamaicans had to learn to make their own. The final genius touch that produced ska was to take the style of Be My Guest to its logical conclusion: instead of having just one instrument play the offbeat and everybody else playing on the beat, ska musicians reversed it, so that everything was offbeat except for one instrument that played on the beat.

As ska was being invented, Fats Domino’s influence remained pervasive. Derrick Morgan’s hit Fat Man was a completely different song from Domino’s similarly-named million selling debut single, but the homage was evident. And Lord Tanamo’s early ska cover of the popular evergreen I’m In The Mood For Love (the title substituting the word “ska” for “love”) came just a few years after Fats had revived the song and brought it to R&B lovers’ ears.

No less a figure than Bob Marley said reggae started with Fats Domino, according Rick Coleman, author of Blue Monday: Fats Domino and the Lost Dawn of Rock 'n' Roll. Even later, in the dancehall era of the 1990s, Super Cat’s cover of his 1960 hit My Girl Josephine came as yet another reminder of Jamaica’s musical roots.

Some of the more perceptive tributes to Fats Domino’s life and times have picked up on the Jamaican connection. The UK’s Guardian newspaper said in its obituary: “His records were certainly regularly played on Jamaican sound systems in the 1950s, and his accentuation of the offbeat in his playing is one of the roots of ska, the music Jamaicans started to make when the supply of suitable American R&B records dried up. Listen to the rhythm of his 1959 single Be My Guest and you can hear what they were trying to imitate.”

The NorthJersey.com website said that Fats was a musician who “went viral” half a century before the internet: “The Fats Domino piano sound — chunky chords in the right hand, walking bass on the left — was hugely popular [in Jamaica]. One song in particular, Be My Guest, went viral. Local musicians began copying the style in their songs, and gradually the beat began to lope in a distinctively Jamaican way. That was ska — which, by the mid-1960s, had begun to slow and morph into reggae.”

Tune in and decide for yourself: