Barbuda seeking to define “normal” after a devastating hurricane 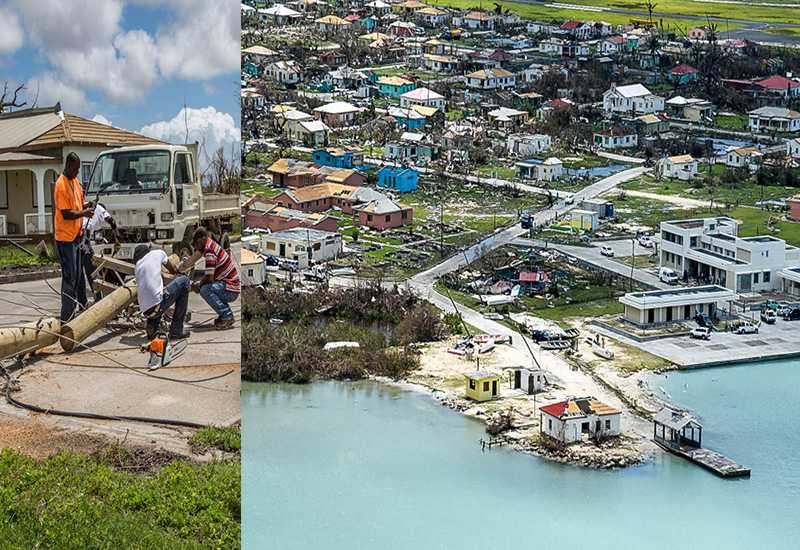 It was a simple press release. More than 100 Barbudans had indicated readiness to buy lands in Barbuda under the new Barbuda Land Amendment Act (2017), it said.

But behind that news lies a complicated tale of “building back better”, building back quickly, ancient land rights and even a Hollywood film star.

The facts: the Barbuda Land Amendment Act (2017) was passed in Antigua & Barbuda’s lower and upper houses of parliament during December 2017 and January 2018. By February, it was ready to be gazetted, that is, passed into law with the signature of the Governor General.

The bill had been introduced to parliament following the devastation caused by September 2017’s Hurricane Irma, which damaged an estimated 90% of structures in Barbuda. The legislation repeals and replaces the common lands format of the 1904 Barbuda Act in order to, as it states, “provide for Barbudans to have equal rights to purchase the freehold interest in land situate in the island of Barbuda, the right to own a leasehold interest in such land, to provide for the management, administration and development control of land in the island of Barbuda, to provide for the confirmation or otherwise of certain leases of land in Barbuda and for incidental and connected purposes”.

What this legalese basically means is that anyone with a lease under the new system, rather than understood common ownership, can now seek loans and insurance with the confirmation that banks and other businesses require.

The 1904 Act had put in writing a longer-term practice of Barbudan land being held in common, with no private ownership since 1834.

Antigua & Barbuda’s Prime Minister, Gaston Browne, described the bill after its passage as a chance to “unlock the economic potential of the land that had laid fallow for centuries and will provide the citizens of Barbuda with significant economic opportunities, which hitherto, they were denied”.

However, some members of the opposition, international land rights groups and local Barbuda rights activists lodged an unsuccessful legal appeal to stop the bill’s passage through parliament, alongside a high profile legal and media campaign, branding the legislation “disaster capitalism” and a “land grab”.

And when the campaigners dropped the name of two-time Oscar-winner Robert De Niro, a campaign over land rights in tiny Barbuda suddenly made the global headlines.

De Niro and James Packer, the son of the late Australian media mogul Kerry Packer, had bought over the lease of the defunct once-exclusive K Club Resort, some 200 acres of land in Barbuda, which had provided a holiday hideout for the world’s best-known faces, including Princess Diana.

However, the new lease holders, who had been negotiating for a long term lease to turn the K Club into a new resort, rebranded as Paradise Found, found their timetable swept away with the 2017 hurricane.

This led to De Niro fronting calls for help for Barbuda at the UN following the hurricane devastation and turning more than local attention to his ongoing K Club negotiations. The global media love a hurricane picture and a high-profile celeb fronting the calls for aid. But they love even more a tale of rich celebs riding roughshod over the rights of locals.

De Niro and the Paradise Found plans had been in the eye of a local storm well before the 2017 hurricane season, but the proposed changes in the post-hurricane land bill became part of the global media storm as the bill was readied for parliament.

“Barbuda fears land rights loss in bid to spread tourism from Antigua”, said a headline in the UK’s Guardian newspaper.

The article said that human rights lawyer Leslie Thomas had filed an emergency injunction against the new law and quoted “Barbudan activists” who viewed the change to the laws as “an effort to develop their island for mass tourism as in neighbouring Antigua”.

What the government said

The government of Antigua & Barbuda fought hard to argue back, with the prime minister stating that freehold tenure was the only way to finance Barbuda’s reconstruction.

The arguments from the government in St John’s, however, continued to get drowned out by the growing global media attention on land rights and De Niro.

Even the National Review, a business-friendly US magazine founded by conservative intellectual William F Buckley, got in on the act, supporting the new land amendment bill and hailing the Antiguan legislation as welcomed privatisation.

The National Review said: ”Gaston Browne, a former banker who is prime minister of Barbuda and Antigua, supports the privatisation of the island, proposing that residents be allowed to purchase the plots they occupy for $1 each, though ownership rights would be restricted to Barbudans. They could then borrow against the actual value of their property to rebuild. Browne says it will take some $250m to rebuild the island, and the government doesn’t have that kind of money.”

It added: “Leftist elements are describing this giveaway as a land grab because it would greatly increase outside development (massively enriching the people who have been living there in the process). One official, Kendra Beazer, of the Barbuda Council, is calling the idea ‘an opportunity for disaster capitalism and cultural genocide’. Why is the reactionary Left so resistant to change and modernity? Why does it want Barbuda to remain miserable?”

Back in the Antiguan capital, officials have been fighting to keep the process free from both Left-wing activists and the “go-get-‘em” business press.

They have emphasised that the new act only allows leasing of land, through the Barbuda Council, to a person born in Barbuda or whose parents or grandparents were born in Barbuda.

Officials point out that talks with the K Club interests of De Niro and Packer are continuing, but that this remains a lease arrangement and that Robert De Niro still cannot own land in Barbuda under the new legislation.

Ruling party defenders blame the long-running challenge to the De Niro resort proposal and the post-hurricane legal application to block the 2017 Act’s passage) on a group of Barbudan-born “independence from Antigua”-leaning lobbyists who have managed to grab global media attention and land rights group’s focus.

Government officials admit that the new legislation is complicated and open to queries.

The Antigua Observer, which calls the legislation “flawed”, followed its passage through parliament in detail. It has also catalogued how Barbuda’s repair work has become bogged down in the island’s polarised politics, caught between the governing party and the opposition.

Back to the island

By the start of February, the Barbuda Council announced that it had started work again. The repaired school reopened on 5 February on a doubling-up basis for primary and secondary students in shifts. About 400 of the original 1,600 former residents were due to start rebooting life on the island.

Officials said that although water and power sources had been repaired, work still needed to be done on the island-wide network to deliver these utilities.

Antigua & Barbuda’s High Commissioner to London, Karen-Mae Hill, told Caribbean Intelligence© that people moving back would still have to use hospital facilities in Antigua.

A US$2bn Chinese-funded project has allowed the United Nations Development Programme (UNDP) to deliver and distribute building material to help people with rebuilding and repairing.

The Chief of Staff in the office of the Prime Minister of Antigua & Barbuda, Lionel Max Hurst, confirmed that more than 100 Barbudans had already registered to buy their plots for as little as $1 and that more were expected to apply by the time the land amendment bill became law. He also confirmed that “a request was made from a Barbudan to acquire a lease with the option to purchase, the land on which he lost his hotel property”.

There had been only a few main hotels in Barbuda before Hurricane Irma, including the Lighthouse Bay, the Barbuda Belle and Coco Point Lodge.

Under the new legislation, the Barbuda Council’s job will be to approve or turn down land acquisition applications from Barbudans.  The prime minister has recommended $1 an acre for those qualifying under the legislation. The act itself states that “the selling price for a parcel of land shall be in such amount as the Council determines after consultation with the Cabinet”.

What the Council will make of the final outcome of the St John’s negotiations for the future leasing arrangements for the Paradise Found resort will be much awaited by Barbudans, Antiguans and the global media. De Niro made it clear in early February that he still wants to press ahead with the Paradise Found project.

The only thing that was clear in early February, four months after the devastation, was that Barbuda was reopening for living and that the debate will continue over who moves in.