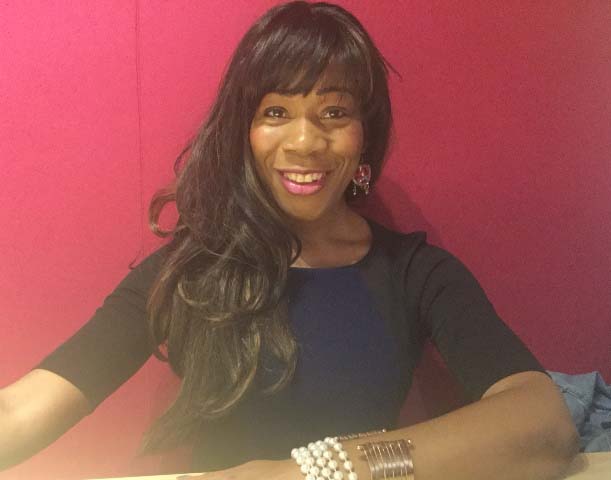 As a British actress and singer of Caribbean descent, Nina Kristofferson is used to mixing and matching the different elements of her rich heritage.

From her origins in Birmingham as the daughter of Jamaican and Vincentian parents, her career path has taken her to stage, screen and concert venues, playing roles including Cleopatra and Billie Holiday.

Her latest one-woman show, Timeless, shows off her vocal versatility as she performs an eclectic range of songs, taking in jazz, chanson, modern pop and even operatic arias.

But it was while playing the lead role in an ancient Greek tragedy that she was confronted with one of her biggest creative dilemmas.

As Medea in the play of the same name by Euripides, working with Halifax-based theatre company Northern Broadsides, she faced a choice: should she keep her Brummie accent or adopt the Queen’s English?

“I auditioned with a Birmingham accent and it worked brilliantly at the time. But the more I got involved with the character, I thought, ‘It doesn’t feel right to keep it Brummie,’” she told Caribbean Intelligence.

“I felt like I’d lost some of the flavour of the dialogue. I couldn’t drive it in the same way because it had a comical edge to it. So I decided one day to just turn up at rehearsals with an RP accent,” she says, laughing at the memory.

“Needless to say, they were all very surprised. I kept my head down and I kept going through my lines. I got away with it and then they said, ‘What happened to your Brummie accent?’

“It raised eyebrows for a bit and then, when it got to the audience and the audience reaction, that was it, it was fine. Up to that point, they weren’t quite convinced. But sometimes you have a gut reaction and I’ve learnt that if my instincts say, ‘Do this,’ I’ve got to do it.”

Nina says she has only once used a Jamaican accent on stage, but that her Caribbean heritage is nevertheless very important to her.

“I always find that Jamaicans have a very warm and colourful way of expressing themselves, very vibrant and very jovial and very relaxed at the same time, and I try to imbue everything with that,” she says.

With both drama school and music school experience under her belt, Nina has been able to combine the two skills in a series of well-received projects. When asked if she sees herself as an actress who sings or a singer who acts, she unhesitatingly replies, “I think I’m both. I tend to bounce from one acting to a singing job and vice versa.”

After playing Medea, Nina decided to take on the challenge of depicting a strong female character from real life: the legendary Billie Holiday. The resulting show, which she created and wrote, enjoyed a run at the Charing Cross Theatre in London, followed by a UK tour.

“When I wrote the Billie Holiday Story, I wanted to flex both those muscles” – singing and acting – “so that’s why it’s scripted and has quite a lot of songs,” she says.

“It’s heavy on the script as well, because I wanted the drama in there.”

That success was followed by her current show, Timeless. At first sight, it’s a straight singing gig, with Nina performing a series of her favourite songs. Don’t be fooled, though: even here, she is playing a role, as the American-accented diva who engages the audience with between-song patter and even invites admirers on stage to dance with her.

“It helps the piece go from one song to another much more seamlessly,” she says. “I definitely do put on a larger-than-life character and I actually love it, to be honest. It’s a good way to get the audience involved and get them on your side.”

Nina’s on-stage persona acts as the glue holding together a series of songs as diverse as Ave Maria, Ne Me Quitte Pas and Besame Mucho.

“When you sing lots of different songs, they have a different flavour, and the American accent, for me, sits quite easily,” she says. “And the banter is different. When you use the English banter, it’s slightly different. The American is a bit looser, a bit easier to flow into.”

For her next project, Nina is working on portraying the life story of her most famous namesake, the singer Nina Simone. This time, she says, “I’m trying to move it away from a one-woman show. I’d rather have a bigger piece, which means a lot more work. The music is very rhythmic in movement and I thought it would be quite nice to have some dance pieces.”

Nina told Caribbean Intelligence that she sees Nina Simone as a “formidable force” and is also fascinated by her work in the US civil rights movement, which she was determined to keep alive even as her brothers and sisters in arms fell by the wayside.

“She was embracing all of that and when they all got killed off one by one or passed away, she felt she was left alone and she felt quite strongly she needed to keep the movement going, but there wasn’t really any support.

“It’s kind of funny if you find yourself passionate about something and you’re pushing that agenda and no-one else is really joining you on that journey. But things weren’t settled and still aren’t, so that fight is so relevant still today.”

Nina sees parallels between that lonely late struggle faced by Nina Simone and the pressure on tennis star Serena Williams after she lost the 2018 US Open in controversial circumstances.

In Nina Simone’s case, “it cost her a lot to be so passionate, and that’s why I liken it a little bit to Serena – the cost of that passion, where does it stop. It’s a very delicate balance to be writing about someone like Nina Simone and to get that right.”

If all goes well, Nina Kristofferson will be playing Nina Simone on UK stages some time in 2019. It promises to be an enthralling spectacle.