Can true, true calypso point a way out of “Babylon”? 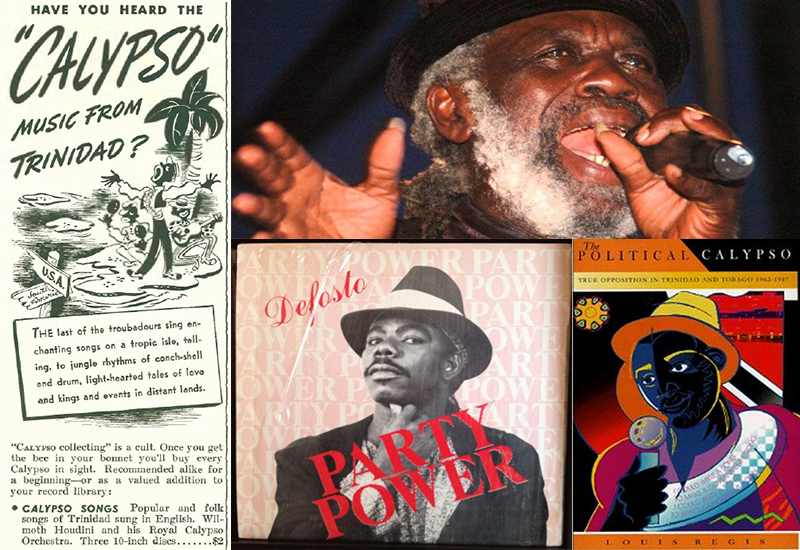 The year 2018 has been one of contradiction for Trinidad and Tobago’s original art form, the calypso.  More than an acceptable number of its modern maestros passed away, while a few more registered another year without new compositions – age, illness and creative exhaustion having set in.

Those irreparable losses grieved the nation. But perhaps in recognition of the looming mortality of a few of the genre’s stalwart storytellers and rhythm-makers, there were awards by the regional and national universities and the government of Trinidad and Tobago for the invaluable contributions of a few of the great bards and composers of calypso.

It was a dramatic turnaround from a period when upscale hotels and fancy restaurants in the city of Port of Spain carried signs at their front entrances which read: “No dogs and calypsonians allowed”.

Such indignities must have inspired the Mighty Sparrow, then in his most creative and insightful period, to lament and chronicle the times: “Calypsonians really ketch hell for a long time, to associate yourself with them was a big crime, if your sister talk to ah steelband man she family want to break she hand, put she out, lick out every teeth in she mouth, pass yuh Outcast. “

In today’s era of social acceptance for calypso and steelbands, the challenge for the calypsonian is to continue to be relevant, stay lyrically powerful with his/her themes and to replace funeral dirges with tuneful melodies.

What is more, the calypso pumpkin vine has to bear and nourish young bards with the understanding and capacity to analyse society and to be fearless in singing their truths to power, without fearing the consequences.  Young calypsonians must come to appreciate that their forefathers were not even afraid of the colonial powers and the local elite.

Admittedly, though, it’s an unbelievably difficult task to replace the likes of Shadow, Superior, Composer, De Fosto, says calypso researcher Dr Luis Regis – a guru who has been analysing the lyrics and melodies of the calypso, producing a book in late 2017.

How does the calypso and steelband culture find a panman of extraordinary ability such as Ken “Professor” Philmore, let alone someone equivalent to master arranger Dr Jit Samaroo or a creative musician such as Pat Bishop?

In reality, no one shall ever be able to succeed Ellie Mannette, tuner, leader and arranger of the great Invaders steelband. Ellie was the one who pounded the pans inward into the concave shape of today to achieve a superior sound compared with yesterday’s convex bumps of steel pans.

Mannette, who died in 2018, left these shores in the early 1960s and spent the rest of his life in the US, teaching pan at universities and high schools and founding several steelbands.

Not too incidentally and indicative of our memory loss, Ellie’s passing did not raise a collective mournful cry or celebratory ramajay on the pan in Port of Spain.  His band though, Invaders, lit a few candles and played a few melodies for their original “captain”. Thankfully, a few of Ellie’s generation “played one” for him, and danced in the streets of Woodbrook outside the Queen’s Park Oval for one of the founding fathers of the steelband.

So what are the chances of a rebirth and survival of calypso? The task is a major one in a culture where soca hustlers are slinging together something approaching a melody over nonsensical one-liners – “jam she … and wine back” – and gaining huge audiences.

The calypso losses of 2018 are merely those of a calendar year. If we stretch the period of mourning to the last couple decades, many great exponents have gone on to sing in another calypso tent in the heavens: Spoiler and Melody, Blakie, Prowler, Maestro, Pretender, King Austin – the latter sang arguably the greatest of all modern calypsoes – Progress and Zandolie – the undoubted king of smutty, but delightfully and cleverly disguised double entendre.

Grievingly too, a stroke suffered by the “Black Man”, Black Stalin, has left one of the true greats of the modern art form alive, but deprived of his voice and the ability to strut across the stage, shaking his Caribbean Man locks behind him.

As well as those irreplaceable losses, the calypso tent, the Gayele (the performing yard), in which the calypsonian of the 1920s found a place to perform to his followers, has lost much of its appeal.

Once upon a time, the calypso aficionado and those who wanted to get a taste of real and raw kaiso went to the tent to hear and enjoy the bards sing poignant lyrics aimed at the political, economic and social establishment.  At the tents too, calypso once displayed its diversity with provocative humour, suggestive double entendre and with witty extempore picong; now no more.

Now the tents are limping along, lacking vitality and looking for government handouts to allow managers to pay their bills. What a tragedy!

One reason for the decline can be found in the number of calypsonians who sold their birthright to sing on behalf of the people against the establishment and preferred to lend their voices to the political propaganda of politicians for an easy and assured payday.

Notwithstanding the decided deterioration in calypso standards and sharp imaginations, one of the masters of the art who passed only a couple months ago, Bro. Superior, left behind a message for those who fear for the survival of the medium.

Supie’s total confidence in the survival of the calypso has resonance with those of us whose “nable string” bury in the calypso yard, who recognise like Rudder and Duke that “through calypso our stories are told” and that the calypso tells how “we have lived, loved and sinned”, in the words of Albert Gomes, late colonial-time minister and defender of calypso, steelband and the Shouter Baptists in the 1940s and 50s against colonial ignorance and arrogance.

The reality of today finds that the calypso has gone through its evolutionary process from the old Me Minor progression of chords, to the Lavway of the mid-20th Century, to the soca of Shorty and Maestro and the decidedly uptempo beat of the soca, but is now in need of further coming to terms with the demands of the period ahead.

Giving some hope that, as in previous generations, there will be young bards to replace their ancestors while staying in touch with the roots of calypso, a few young calypsonians have emerged over the last couple years.

Voice and Helon Francis offered a couple genuine calypsoes in 2018.  Almost in her 80th year, Calypso Rose has enchanted France to the point of being awarded national honours by Napoleon’s country. And there remains “winer boy” Machel Montano, gyrating even though past his boyhood.

But perhaps the greatest hope for the return of calypso as instigator of disbelief in the status quo was expressed in 2017.  Then MX Prime, who changed his name from Maximus Dan, and his Ultimate Rejects declared in true calypsonic form: “Even if the city/treasury bun down, we jammin still”.

In the calypso, MX and his Ultimate Rejects refuse to take responsibility for the squandermania that went on during the period when the economy’s lifeblood, oil and natural gas, fetched high prices and paid for champagne and fine wines from the vineyards of Europe.

The question remains: has the society put enough of the creative energies aside to allow young calypsonians to arise and feed on what was left over from the times of plenty?

To answer the question differently is to note that the artists and art forms have much to comment on and discern a direction forward out of the rubble left behind by the decadence of what the Rastas referred to as “Babylon”.

Tony Fraser is a veteran Trinidadian journalist and music aficionado.

The Political Calypso by Louis Regis