Hurricane Irma - In quotes and pictures 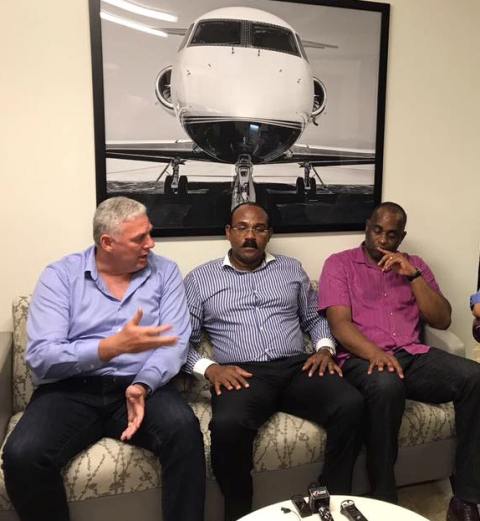 "It is heart-wrenching, absolutely devastating. I have never seen any such destruction on a per-capita before as I saw when I was in Barbuda this afternoon. The telecommunications system is totally destroyed, we have seen cell towers snapped in two. Barbuda now is literally rubble.”

“The world is now aware of the destruction caused in the BVI by Hurricane Irma, a record category 5 hurricane. Like all of us, I am heartbroken by the loss of homes and businesses but above all the loss of life the hurricane has brought.

“We are a resilient people but this has shaken us to our core.”

“Communities have pulled closer together; neighbours are helping neighbours to overcome the challenges, and supporting each other. Most importantly, unlike what we may have heard from other places in the region, Anguilla remains calm and Anguillians as ever, remain respectful of the rule of law.”

“This massive storm has already claimed lives in many of the countries and has inflicted severe damage to infrastructure in the affected islands.”

"Hurricane Irma is front and centre in the French papers with catchy headlines like 'Irmageddon'."

“We are beyond saddened to learn of the devastation in Barbuda caused from Hurricane Irma and look forward to working with the Paradise Found Nobu Resort team, the Barbuda Council, GOAB and the entire Barbuda community to successfully rebuild what nature has taken away from us.”

Climate Change: A Test of the regions's staying power - From 2016

A single Caribbean position on Climate Change - From 2015

How to donate - From MEP publishers