UWI at 70 - A perspective from Britain 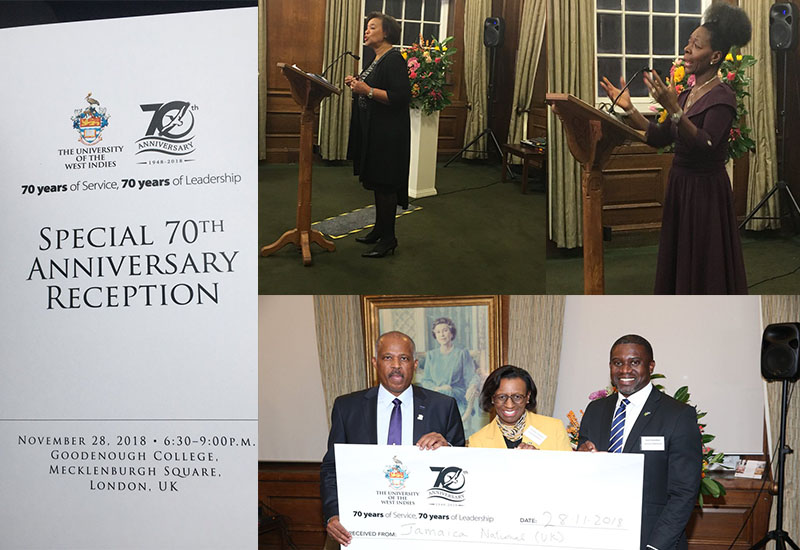 We are at the end of the year which has celebrated the University of the West Indies’ 70th anniversary.  It is a fitting time to look back at the achievements of arguably the most important symbol of what it means to be West Indian.

Looking at the region from the distance of the UK, it is easy to conclude that the region needs greater political and economic unity and achieves more when it acts together than when each state seeks to go it alone.  In the years since political independence, with varying degrees of success, the islands have tried to integrate their economies and pool their sovereignty. We often point to Caricom or the West Indies cricket team as examples of co-operation and positive way forward.

I think the region owes more to the University of the West Indies than might first be thought.  From its first cohort of 33 medical students at Mona in 1948, UWI is now spread over three physical campuses (St Augustine since 1960, Cave Hill since 1967 and one open campus since 2008).  It has helped over 50,000 students from 17 jurisdictions and has become the beating heart of the regional movement. It has been the engine of growth of the Caribbean, producing leaders in all fields of endeavour, from prime ministers to civil servants, technicians, teachers and countless other professions and service providers needed in a developing country.  Equally importantly, it has helped to foster a strong sense of cultural heritage, nationhood and economic urgency in the unity of the islands.  It displays the kind of unity of purpose frequently shown by members of the Diaspora who find themselves in strange lands.

We in the Diaspora take pride in the achievements of all West Indians and are perhaps less hung up on island differences when we see that a largely indifferent world neither appreciates nor understands the subtle distinctions that we pray in aid. From a distance, the supposedly important distinctions between us from Barbados to Belize, from Bahamas to Guyana fade into insignificance.  The important role of a university in a developing economy cannot be overstated, as it not only sets the standards for intellectual debate in the region, but also produces the policy makers who craft the development of the region.

Many in the Diaspora are not always aware of the reach of UWI.  Its current five-year strategy focuses on Access, Alignment and Agility: when Sir Hilary Beckles was appointed vice-chancellor three years ago, he identified the globalisation of UWI as one of his core goals.  One of the signal achievements to date is the recognition of the university in the Times Higher Education supplement:

Apart from important recognition of its academic and intellectual output, the university continues to establish closer links with universities across the world, as far afield as China (Global Institute for Software Technology with Suzhou University) and the State Universities of New York. It also has memoranda of understanding with the University of Lagos and University of Johannesburg and links with universities in Ghana.  In the UK, it has just announced a partnership with the University of Coventry and the creation of an Institute for Industry-Academic Partnership.  Its links with the University of Glasgow to work on a reparatory justice programme have also been recently publicised.  Glasgow University has acknowledged that it has benefited from numerous bequests from families making their fortune in the slave trade, while the memorandum of understanding currently under discussion will focus on areas where the Caribbean can benefit from expertise at that university, particularly in the field of medicine.

Apart from its international links, UWI is concentrating closer to home on climate change, agribusiness and technology, including online learning. Governments of the region and the university appreciate the knowledge and expertise of people in the Diaspora, who are keen to participate in the further development of the region.  To that end, many islands host Diaspora conferences, which allow those living outside the region to feel that they can continue to make a contribution to their homelands.  UWI itself has established foundations in US, Canada and the UK which seek to harness the enthusiasm of the diaspora and UWI alumni for greater good. The British Foundation for the University of the West Indies  (BFUWI), of which I am a trustee, has taken this one step further and has sought to influence the community in the UK, not only with cultural and fund-raising events, but with a programme of educational activities aimed particularly at students of Caribbean origin.

At a recent celebration on 28 November 2018 hosted by Prof Peter Kopelman, Vice-Chancellor of the University of London, we were joined by Baroness Floella Benjamin, BFUWI’s newest patron, Commonwealth Secretary-General Baroness Patricia Scotland, Caribbean diplomats, friends and supporters of BFUWI to celebrate UWI’s signal achievements. Sir Hilary launched the Windrush Fund, which will allow students of the Caribbean Diaspora currently studying at a partner university in the UK to spend a semester at one of UWI’s campuses in the region.  BFUWI has long recognised the additional hurdles faced by children of the Windrush generation.  Its outreach work has focused on providing training and mentorship for youngsters in the UK, particularly in STEM (science, technology, engineering and mathematics), finance and law.  It has partnered with a variety of organisations including the Caribbean High Commissions, Caribbean Science Foundation/CADSTI (UK), the Ramphal Institute at King’s College, the School for Advanced Studies at Senate House, the Institute of the Americas at UCL, Imperial College, Coventry University, Future Think and the Inner Temple, to name but a few. Many Caribbean and UK businesses and individuals have contributed in cash and kind to its programmes.  Jamaica National, for instance, has been a long-standing supporter and donated £5,000 to the Windrush Fund, together with Birmingham based Dr Earl O’Brien, who also donated £5,000.

As the Caribbean region faces the challenges of the 21st Century, UWI and its foundations will continue to assist the region by focusing on training leaders in their fields, identifying important areas of intellectual debate and working with the Diaspora to promote the well-being of Caribbean people, wherever they may be.

Susan Belgrave is a barrister and trustee of BFUWI (www.thebfuwi.org)