Visitor arrivals numbers are not the whole story 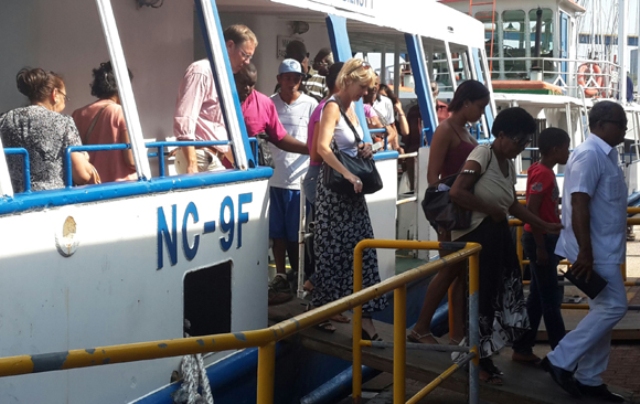 When it comes to valuing tourism’s economic contribution, most Caribbean Governments share publicly only arrivals numbers and the country of origin of their visitors. Then, usually at budget time, they produce generalised figures that indicate overall spend and contribution to GDP.

Few provide the detailed analysis that would determine how profitable their industry is or, for example, the demographic profile of visitors, average hotel occupancy rates, or seek to separate out arrivals which are not tourism related. Moreover, there is an unfortunate absence of viable, in-depth Caribbean-generated information on what is happening in specific markets, or details on how many visitors are now staying in non-hotel accommodation.

Some governments also confound analysis by leaving unclear the extent to which their total arrivals numbers include lower spending cruise ship visitors, and few say anything at all about annual or seasonal profitability; seeming unwilling to reveal metrics such as revenue per available room (RevPar), which is used by hoteliers to measure occupancy and revenue to facilitate real-time decision making.

When it comes to statistics and understanding a country’s tourism performance, the most challenging example is Cuba, which continues to indicate surging visitor arrivals: so far up by 23.2 per cent in the first half of 2017, with 4.2m travellers in total forecast for the year. Its government provides virtually no accompanying detail other than country of origin. This means that it is impossible to discover, for instance, how well the country is doing in relation to occupancy outside Havana, or the level of the country’s repeat business, or whether there is visitor satisfaction.

This has become especially important as the overall increase in regional arrivals figures are to a significant extent now being influenced by the runaway success of Cuba, the Dominican Republic, and a statistically much more open, Jamaica.

In this overall context, it was therefore pleasing to see a recent comment on the subject by Vincent Vanderpool Wallace, the Principal Partner in Bedford Baker Group, and one of the few industry professionals whose analytical and thought-provoking approach recognises that tourism’s complex multi-dimensional nature requires rigorous examination.

Speaking in St Maarten, with the experience of having been a former tourism minister in The Bahamas, and CEO of the Caribbean Tourism Organisation (CTO), he described as “flawed” the method by which the countries of the region determine the economic impact of tourism.

“What we have been doing for a long time is counting heads in terms of how many people are coming to the country, which is not a good measurement of the economic impact of people”, he said

Observing that this represented a form of mismanagement of tourism, he told conference participants at the 2017 ‘Caribbean Aviation Meetup’ that the industry needs to use the economic tools it now has available to measure and capture transactions, so that it can guide the private sector and governments to maximize the economic benefits.

It is of course understandable that Governments want to be able to demonstrate to electorates that visitor numbers are increasing, but this is only a small part of the story. Tourism has become the region’s most significant industry and as such requires all in government, business and civil society to understand how the sector is performing if it is to remain globally competitive and sustainable.

A more realistic approach would be to broaden the base of national, and by extension, regional reporting and forecasting on tourism. Such information might include the amount retained by individual nations through taxes; the value and origin of the inputs and services the industry uses; reporting on average product pricing, and where not commercially sensitive, recognised metrics that indicate profitability. It would also be helpful for there to be a franker discussion about the implications of changes in the economic strength of the region’s source markets for visitors.

There is also a need to better differentiate or explain the reason for changes in arrivals numbers. For example, there is evidence that some of the ‘tourism’ recorded in the Dutch Antilles, Trinidad and other parts of the region is fictitious, in the sense that it reflects Venezuelans coming to buy basic necessities, collect foreign currency, or as refugees.

There is also a problem when it comes to recording Chinese visitors. Although their arrival numbers have been increasing, the probability is that given the absence of same-plane air services from China to anywhere in the region other than Cuba, these visitors are not tourists, but those who are developing or working on the huge projects that China is now engaged in around the region.

Hopefully some of this this will change soon.

According to the Caribbean Tourism Organisation (CTO) and its private sector counterpart, the Caribbean Hotels and Tourism Association (CHTA), several proposals advanced by the two organisations were considered during a joint presentation made to the July CARICOM Heads of Government meeting in Grenada.

Although the most significant outcome was a recommendation that barriers to inter-regional travel be reduced through the creation of a single CARICOM domestic space and security regime, for approval in February 2018, a proposal to ‘advance research to better assess tourism's economic impact and the region's competitiveness’, was also endorsed.

How the latter idea will be taken forward or funded is not clear. However, it makes the point that the provision of independent in-depth reliable information is essential if rational medium and long-term political and economic decisions are to be taken about how best to position and manage the challenges the industry faces at both a national and regional level.

This is not to be critical of the largely positive news about increasing arrivals in what may by a record year for Caribbean tourism, but to suggest that there is a strong case for the more comprehensive provision of tourism statistics and analysis to assist decision making, debate, and it must be said, more thoughtful media questioning.

While it is possible to find some of this information through the United Nations World Tourism Organisation (UNWTO) and the privately funded World Travel and Tourism Council (WTTC), the region itself ought to be providing such information on a timely, consistent and accurate basis.

To understand the Caribbean tourism economy requires time and a willingness to explore what lies behind the commentaries and headline statistics. Politicians, the industry and the media need to be clear: visitor arrivals numbers are not the whole story.

Background reading on Caribbean issues can be found at Intelligent Thinking – Our in-depth analysis pages.

Summer's a great time to catch up on some Amazon Prime viewing.