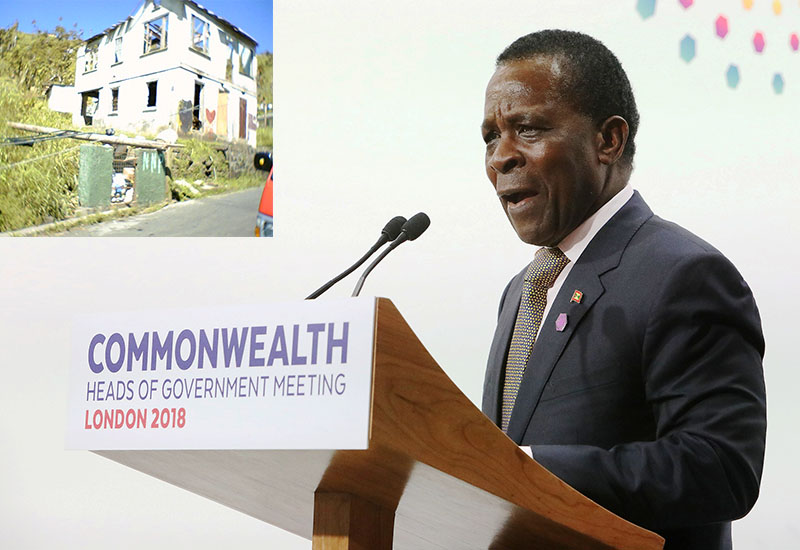 “I think it’s the collective voice. I think one of the problems that we’ve had about small states is that we have not been speaking enough in unison” – that’s how Grenada’s Prime Minister, Keith Mitchell, summed up the approach to climate change when he spoke to Caribbean Intelligence©.

Dr Mitchell was, like many of his Caribbean colleagues, a man on a mission at the recently-concluded Commonwealth Heads of Government Meeting (CHOGM) in London. The Caribbean leaders arrived to talk deals in bilateral meetings and push for their smaller country needs at the Commonwealth summit, this year overshadowed by the host country’s Brexit issues and larger Commonwealth countries fixated on fighting the anti-globalisation trend being set by the US.

One Caribbean diplomat had told Caribbean Intelligence© ahead of CHOGM that the region had been concerned that, even with the Commonwealth’s unique forum which allows smaller countries an equal voice, the Caribbean agenda could have got lost at this 53-member forum.

Add to this the layers and additional activities caused by the royal pomp. The Queen had not only opened the summit but welcomed the leaders to her homes as she hosted the opening ceremony, the leaders’ dinner and the final day retreat at Buckingham Palace and Windsor Castle. By the final day of the summit, it was near-impossible for the leaders to deny her stated wish that her son, Prince Charles, would become her successor as head of the Commonwealth.

If everybody was going to get their way at this most complicated of leaders’ summits, a lot of listening had to take place.

Prime Minister Keith Mitchell spoke to Caribbean Intelligence© on the fringes of a close-of-play CHOGM media briefing at which the focus in reporters’ questions had been agreement on the Queen’s successor, the treatment by the UK of the Windrush generation and the reinvigoration of the Commonwealth as a modern organisation.

“I think this meeting has certainly brought this [climate change message] home and I think there’s a commitment now to take this forward,” Dr Mitchell told Caribbean Intelligence©.

Dr Mitchell said that as current chairman of the World Bank small states forum, he was concerned with “the whole decision about philanthropies and the Commonwealth Secretariat and the necessity to utilise the opportunities there to empower young people and to deal with the whole question of climate change and to protect our region”.

“I think that is the key issue – how do we work collectively? We have the human resources, you know. The problem is that we have not been united enough.”

The issue of working together and collectively had been highlighted during the final news conference by Dominica-born Commonwealth Secretary-General Patricia Scotland, whose own family home had felt the impact of Hurricane Maria in 2017.

The next hurricane season, she pointed out to reporters, is “literally only 48 days away”.

Patricia Scotland and her team had promoted their Blue Charter work during the CHOGM week and she said that leaders had asked for “concrete action on the ground” on climate change work.

The Commonwealth will be helping the Caribbean in monitoring the oceans and on sustainable development projects and climate finance frameworks.

Dr Mitchell told the news conference that the 2018 CHOGM had been one of the most productive Commonwealth leaders’ sessions he had attended.

“We have had enough of suffering from climate change when we’re not the reasons for climate change,” he told the packed media briefing room. “Unless we implement the concrete steps, we will have continuous problems.”

The push on Windrush

“A good decision,” Dr Mitchell said about Mrs May’s announcement of compensation for members of the Windrush generation who had been treated unfairly by the UK Home Office.

“This is something that is really vibrating across the Caribbean region as a whole,” he added as his chat with Caribbean Intelligence morphed into an impromptu mini-news briefing.

“Many of our people came to and helped to build Britain under the conditions that were set for them. And therefore, I think Britain in taking that decision is dealing that problem and in mentioning, I think the word compensation came out today, that was highly significant. It is extremely important. There are people who have lost a lot, there are people who have suffered,” he said.

“They must be given an opportunity to correct this.

“And therefore by making the statement she [Mrs May] made today, I think she is heading in the right direction. You have got to give her credit for taking that turn.

“Look, the only region that has not yet been given compensation for injustices of the past is the Caribbean region, you know. No compensation and I think that’s an issue that we cannot allow to slip by,” he added.

Asked about a size for compensation, Dr Mitchell said: “No figures, but I think that it must be quite substantial. There’s a lot of people and I think we must all know what is reasonable.”

When the British press pack tried to get him to comment on the mistakes made by the UK government which had led to Windrush arrivals no longer having documentation, Dr Mitchell said that “we all have to behave in a Christian manner”.

As Dr Mitchell moved to join his fellow Commonwealth leaders to leave the media area, his last words returned to climate change:

Caribbean Intelligence on climate change: “So, not just words [at this summit]?”

Theresa May speaks at the CHOGM closing media briefing

The Commonwealth, Climate Change and the Caribbean - Caribbean Intelligence, November 2017