Caribbean Intelligence - Look back at 2013 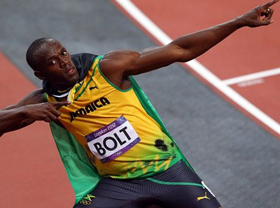 Over the year, Caribbean Intelligence has been rounding up the news on a weekly basis. Here are some of the highlights from those weekly bulletins.
You can also find some of the top news analysis stories listed at the end of this page. Enjoy the catch-up!
Tweet

Britain formally requested the extradition of former Turks and Caicos Premier Michael Misick from Brazil.
Mr Misick was detained in Rio de Janeiro on 7 December on his way to Sao Paulo to seek legal help in applying to remain in Brazil.
The former Turks and Caicos leader was arrested at Rio’s Santos Dumont airport, where he was about to board a plane to Sao Paulo to consult lawyers.
He had been enjoying a luxury lifestyle in Rio’s beachside Ipanema district, having entered Brazil requesting political asylum.
His asylum application was turned down in November 2012 and Caribbean Intelligence© learned that Mr Misick had been planning another legal bid to remain in Brazil.

While many focused on taxes and the last-minute 2012-13 US Congress “fiscal cliff” deal, as the dust settled, it became clear that other tax deals had also made it through the vote.
This includes the $222m for Puerto Rico and the US Virgin Islands, in the form of excise taxes on rum imported by the US.
The excise, which places a $13-a-gallon tax on all rum entering the US, has been the subject of discussion by Caricom with the US since 2012.
The Congress deal, passed on 2 January, extends this tax deal and the money supporting the rum industries in Puerto Rico and the US Virgin Islands for a further year.

Trinidad and Tobago Soca star Machel Montano was clear to fete and perform for Carnival 2013 as his sentencing for five criminal charges, including assault, was postponed to 25 February.

Montano, along with composer and musician Kernal Roberts, son of Calypso legend Lord Kitchener, and other members of Montano's band were charged with a series of criminal offences stemming from a fracas outside a Port of Spain night club in 2007.

Montano and Roberts were found guilty on 10 December 2012.

The Port of Spain Magistrates Court was packed to capacity as fans and supporters of the Soca duo, who won four T&T Carnival Road March titles, witnessed their legal teams' submissions to Magistrate Maureen Baboolal-Gafoor.

Trinidad’s copyright officials explained their decision to crack down on some live streaming of Carnival Monday and Tuesday’s Parade of the Band shows and made statements on the loading of carnival pictures on to social media.
The Trinidad and Tobago Copyright Collection Organisations (TTCCO) stopped some of the live streaming of the two-day carnival parade, which shut down the feed that many in the Trinidad diaspora had been watching, on the basis that some stations did not have the correct licences.
The TTCO had also advised the public that loading their pictures of carnival on to social media could lead to commercial use of the photos, which would infringe copyright.
The decision prompted an outcry from the diaspora on social media platforms such as Facebook, Twitter and Yahoo, as well as attracting the attention of foreign media.
Speaking on Trinidad’s CNC3 TV station, Vijay Ramlal Rai of TTCO outlined Trinidad’s unique copyright position in terms of its masquerade (mas) bands.
“We’re the only country in the world that has works of mas in our copyright laws,” Dr Rai told CNC3.
For more on the Carnival copyright story, check out our story Of Facebook, Trinis and Carnival.

Publication of a new study by University College London of British slave owners reopened the national debate on slavery and reparations.
The study, based on three years of research, indicated the amount of compensation paid to slave owners after slavery had been abolished in 1833.
Those receiving payments from the £20m (US$30m) compensation pot for the loss of their slaves after abolition included the ancestors of Prime Minister David Cameron and the author George Orwell.
The study found ship records which indicated that about 12 billion people were transported from Africa to the Americas from the 16th Century to 1807, when the trade was banned.
The research work also provided a database for people to trace their own ancestors’ role in the slave trade, either as traders or those traded.
Jamaican-born British MP Diane Abbott urged people via Twitter to use the base to see if they could find out about their ancestors.
Others saw the database as the reopening of the reparations debate.
“Mr David Cameron, British Prime Minister: Where are my forty acres and a mule?” wrote the former equalities adviser to the mayor of London, Lee Jasper, in his blog.
Before publication of the new research work, veteran historian Sir Hilary Beckles had made the case for reparations in London, outlining his research into the case for “Britain’s black debt”.

In the UK’s 2013 Budge,t delivered on 20 March, Usain Bolt did well, while the airline departure tax did not.
The budget introduced an exemption on income tax charged on all appearance fees, endorsement income and prize money earned by visiting athletes such as Jamaica’s athletics superstar.
Previously, the UK took a share of sports stars’ prize money, as do most countries.
However, the UK’s tax authorities go a step further than other countries in also taking a cut in a sportsman or woman’s endorsement income earned during their UK stay.
This extra step had deterred heavily endorsed athletes, including Bolt, from appearing at any UK event outside of the 2012 Olympics.
British Chancellor (Finance Minister) George Osborne had announced a one-off waiver on this in January, in a bid to woo Bolt to the London Olympic anniversary Games this July.
The 20 March budget went a step further by allowing income tax exemption for “non-resident athletes” on all appearance fees, prize money and endorsement income for both the London Diamond League Games and the Commonwealth Games in Glasgow.

The airport departure tax remained in force despite continued lobbying by airlines and travel industry, as well as by Caribbean and other pressure groups.
Treasury officials explained that there had been no Budget change in the increases announced in the Autumn Statement.
“It remains in place,” said David Gauke, Exchequer Secretary to the Treasury.
“We are constrained by what we can do because of public finances.”

Caribbean people, like the rest of the world, expressed mixed views of the legacy of former British Prime Minister Margaret Thatcher, who died on 8 April.
This ambivalence was summed up by Jamaican-born British MP Diane Abbott, speaking during a special House of Commons tribute session two days later.
“I’m happy to pay tribute to her historic significance and her historic role, and I know that history is written by victors,” she said. “But those of us who came of age in the Thatcher era know that there was another side to the glories that Conservative MPs have spoken about.”
In fact, there were as many highs and lows in the Iron Lady’s relationship with the Caribbean as in her dealings with bigger nations.
For more details on Mrs Thatcher, Ronald Reagan and the Grenada invasion, check our archives.

Both the UK and the US announced moves to crack down on their nationals and companies using accounts in the Caribbean to avoid paying tax back home.
On 1 May, the British Treasury announced that it had signed agreements with Anguilla, the Turks and Caicos Islands, Montserrat, Bermuda and the British Virgin Islands to share information.
An agreement was already in place with the Cayman Islands.
The Treasury said the deals were part of the British government effort, “marking a turning point in the fight against tax evasion and illicit finance”.
After the 2013 Budget, British Treasury officials signalled that they had Caribbean overseas territories in their sights, after similar agreements with the Isle of Man, Guernsey and Jersey.
Through the agreements, all the territories will now also share information with France, Germany, Italy and Spain.
Asked by Caribbean Intelligence© about the tax pincer movement after the UK Budget, Executive Secretary to the Treasury David Gauke had said: “The net is closing in and options are diminishing.”
Earlier in the week, the US also took steps against Americans using Caribbean bank accounts to avoid tax.
Federal investigators won court approval to serve a summons on Wells Fargo.
It forced the bank’s correspondent accounts at the Barbados-based CIBC First Caribbean International Bank (FCIB) to hand over account data for wealthy American clients.

Authorities in Belize opened an investigation into the destruction by workmen of a 2,300-year old Mayan temple.
The government of Belize described the act as “callous, ignorant and unforgivable”.
The official investigation could lead to a 10-year prison term for those responsible, as well as a fine of 10,000 Belizean dollars.

Britain announced it would open an embassy in Haiti – its first since 1966.
British Foreign and Commonwealth Office (FCO) officials said the idea was to create new trade and travel opportunities and help Haiti’s recovery from the 2010 earthquake.
A minister in Britain’s Foreign Office, Hugo Swire, opened the new mission in mid-June.
He told the British press that the key aim was to assist Haiti in its “nation-building” as it seeks to establish a stable democracy following the devastating 2010 quake.
He added that British businesses could also capitalise on the trade and tourism being revived in Haiti.
“We want to see more British companies trading there,” Mr Swire said.
According to the Foreign and Commonwealth Office, Britain spends £70m (US$108m) a year in Haiti through aid.
“We have a lot invested in Haiti,” the FCO minister told London’s Evening Standard.
“We want to help because there are concerns about the government being strong enough to deliver the reforms that are needed.”
Tweet
[Part two of this series will be published on 30 December.]
For more in-depth news, check out our analysis pages. When you want to switch off from the news, try our cultural pages What’s the Buzz.

Yet to cash in on the Olympic legacy - May 2013
Jack Warner - Epitaph or Triumph? - May 2013
Hugo Chavez: Death of a Petro Daddy - the importance of PetroCaribe
The Caribbean struggles to escape economic downturn - February 2013
Immigration and the Caribbean student - May 2013
Turbulent times for the rum industry - A three-part series
Happy first birthday, Caribbean Intelligence