News in brief from the Caribbean and abroad 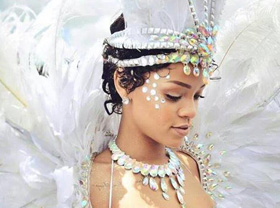 The Dominican Republic’s government said late on Friday that it had a plan to resolve the legal status of people of Haitian origin who could be stripped of their citizenship under a 23 September Dominican court ruling.
A presidential spokesman said President Danilo Medina and senior officials had drafted a plan at a private meeting. A decree would be signed and take effect in the next few days, he added.
He declined to give further details of the proposal, but the statement was the first formal response by the government to the court ruling, which determined that the 2010 Constitution did not bestow citizenship on people born in the country unless at least one parent was a legal resident.
The court ruling required officials to purge the electoral rolls of suspected non-citizens going back to 1929.
Human rights advocates have said the court ruling could disenfranchise more than 200,000 people. They argue that the ruling could strip many of the documents they need to work and attend school and could also deny them passports.
Caricom’s Bureau [current, past and incoming Chairs and the Caribbean Community Secretary-General] and Haitian President Michel Martelly met on 26 November to discuss the Dominican court ruling.
After the meeting, the Caricom inner grouping said that it would be deferring the Dominican Republic's request for full Caricom membership, adding that it expected Santo Domingo to "redress the grave humanitarian situation created by the [court] ruling".

In the Dominican Republic, Sunday evening reports indicated that at least 244 Haitians were expelled after tensions rose over a double murder and local reaction to people of Haitian descent.
A couple, Jose Mendez and Luja Encarnacion Diaz, both 70, were stabbed and killed during a suspected break-in. The killers escaped with two sacks of coffee. Police found a knife and a stick at the scene.
Local people blamed a group of Haitians living in south-western Dominican town of Neba. Some of the Haitians sought police protection from local reprisals.
The police said they handed the people over to soldiers who drove them to the border and expelled them to Haiti.
Migrant advocates said that some of those expelled had been eager to leave, because they had feared mob violence in the area.

Trinidad and Tobago’s foreign affairs ministry and Jamaica’s high commissioner to Port of Spain have been discussing a week of growing tensions over a 19 November incident in which 13 Jamaicans were denied entry into Trinidad.
The Jamaicans, who were sent home on a flight the following day, have been alleging that Trinidadian immigration officials made remarks about the murder of a Trinidadian in Jamaica recently.
The deportation issue, which made the headlines in Jamaica for several days, came after a high-profile Caribbean Court of Justice case in which a Jamaican claimed compensation over the way he was treated by Barbadian immigration officials.
Jamaica had asked nationals after last week’s incident to report any such breaches to their high commissions or to the Jamaican foreign ministry.
Meanwhile, in Port of Spain, Trinidad officials said that they have shared immigration figures with the Jamaican high commission and indicated that the immigration authorities have the power to expel anyone not meeting entry criteria.

Rihanna was presented on Sunday night with the first-ever Icon award at the 2013 American Music Awards (AMA).
The award was presented to her by her mother, Monica, at the AMA ceremony in Los Angeles.
Rihanna thanked her mother and family for allowing her to seek a musical career from the age of 15 and paid tribute to her beginnings in St Michael.
“My fans, I love you so much, you keep me driven,” Rihanna said on accepting the award.
“You keep this thing special and right now, at 25 years old, I can’t believe I’m holding an icon award.”
Earlier, the Barbadian singer performed the hit single Diamonds and also received the award for favourite Soul/R&B artist.

Back in Barbados, all-inclusive hotels might be an easy booking for travellers, but they do very little for small neighbouring businesses on Caribbean islands that hope to sell goods and services to people who are already fully catered for.
Now the Barbados tourism authorities believe they have found a way to tempt all-inclusive holidaymakers to stray from their pre-booked comfort zone.
The Bajan Way is their solution and the project was launched on 14 November.
Tourists booking the Bajan Way are given a chance to pre-book local food and restaurants while reserving their Barbadian hotel rooms and other inclusive services.
The programme’s website describes it as the next “BIG” tourism product.

Trinidad and Tobago is to award university scholarships to 30 Nigerians to coach them in the art of carnival and playing steelpan.
The announcement was made on 23 November at the opening ceremony of Abuja’s ninth annual international carnival – Africa’s biggest such event.
A Trinidadian delegation took part in the festival, which attracted 15 participating countries, including performers and artistes from China, South Africa, Gambia, Egypt and Saudi Arabia.
Trinidad and Tobago’s Arts and Multiculturalism Minister, Lincoln Douglas, told the Abuja ceremony that Nigerian students would be given a chance to study for a degree in carnival art management in Trinidad.
Trinidad and Tobago will arrange for the admission and accommodation and will also pay the Nigerian students’ tuition fees.

Jamaican dancehall performer Sizzla has fallen foul of American’s visa entry process.
The Jamaican artist had been scheduled for a tour of New York, Washington, Virginia and Colorado from 21 November to 22 December.
His lyrics on gun crime and homophobia have previously led to protests that caused the cancellation of his 2007 Canadian concerts, while his American paperwork was revoked in 2008.
Now his current visa application has been denied and his tour organisers told the Jamaica Observer that they are planning to postpone the tour until 2014.
In Jamaica, in response to the growing use of mobile phones, moves are under way to start teaching young people from across the Caribbean the skills enabling them to pitch technological development ideas to the industry.

The winners from a World Bank competition called pitchIT Caribbean took part in a 16 and 17 November workshop in Kingston on how to submit business ideas to investors.
The World Bank global innovation programme, infoDev, hosted the boot-camp session, which involved teams of winners from Barbados, Jamaica, St Kitts and Trinidad and Tobago.
The 12 teams got the chance to pitch their phone app ideas to executives from the World Bank, a software development firm and mobile phone company Digicel.
Tweet
For more in-depth news, check out our analysis pages. When you want to switch off from the news, try our cultural pages What’s the Buzz.