Yet to cash in on the Olympic legacy 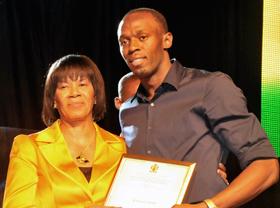 By Dania Bogle, writing from Kingston
The Caribbean may have had unprecedented success at the 2012 Olympic Games in London, but its rate of reaping the benefits of that success seems to be as fragmented as the many islands that make up the region.
The Bahamas, Grenada, Trinidad and Tobago, and Jamaica all had their individual moments atop the medal podium in the British capital.
Grenada won its first gold medal in the history of the games through Kirani James in the men’s 400m, while Keshorn Walcott not only took Trinidad and Tobago’s first gold medal in a field event, but its first gold since the 1976 Montreal Games, when Hasely Crawford won the men’s 100m.
The Bahamas’ only medal was a gold in the men’s 4x400m relay, but the country has won Olympic gold in the past, having taken the women’s 4x100m and women’s 200m at the Games in Sydney, Australia in 2000.
Jamaica led the region in London, having won 12 medals including four gold, and could have been expected to reap the most benefit from the Olympic legacy.
And the benefits are?
Non-sporting factors, including a high crime rate and a struggling economy, may be some of the reasons impeding Jamaica’s ability to fully capitalise on the success it has reaped in athletics since the Beijing Olympics in 2008.
Jamaica Olympic Association (JOA) president Michael Fennell was one of several Caribbean representatives at the 15th International Olympic Committee (IOC) Sport For All World Conference in Lima, Peru in April.
Mr Fennell, who gave a presentation on the Jamaican experience of the social benefits of sport, told Caribbean Intelligence© that while the Jamaican brand could not have had a higher profile after the London Games, making the most of it was proving to be a little more difficult.
“To exploit those strengths, you have to have other things in place,” he said.
“And given the state of our economy… the crime and violence… the infrastructure... that needs to be put in place better for us to exploit fully some of the benefits that we could.”
Mr Fennell’s thoughts seem to be in contrast to the image of Jamaica that its Caribbean neighbours have.
Steve Stoute, president of the Barbados Olympic Association and Caribbean Association of National Olympic Committees (CANOC), believes Jamaica has done well.
Not just the Olympics
"Jamaica has utilised it quite fully, but not many of the other countries [have],” he said, adding that the region needed to look beyond the Olympics.
"The islands tend to focus only on the Olympic Games, when there is so much more happening in sport around the region."
Bahamas Federation president Wellington Miller, who was also at the Peru conference, told Caribbean Intelligence© that his team’s performances in London had persuaded his country’s government to spend more on sport.
“And younger people now are getting more interested in sports and I believe what we have to do now in the Olympic movement is open sports up some more,” he said.
“Let people see that there are other avenues. Not everybody can be a sprinter. Some have to do wrestling, volleyball… other sports so we can get more people involved.”
Other events
Mr Miller added: “What I would like to see the Caribbean do now is get more into long-distance running. I think the Caribbean should be able to do that now… capture track and field in the Olympics at all levels.”
Jamaica’s Mr Fennell also said that his nation hoped to qualify in as many as eight sports for the 2016 Games in Rio de Janeiro.
Jamaica has been previously represented in boxing, badminton and swimming at the Olympics.
He, however, thinks that it may be too soon to determine just how much benefit has been derived from the London experience.
“One should look at the legacy in the medium to long term and there are other aspects of the legacy I think we need to exploit.
“I think there has a lot that the UK has to offer in terms of their sports structure and, because of our heritage and background, it is easy.
“In terms of people development, there are things we can do,” he said.
Caribbean training
Trinidad and Tobago and Grenada, two of the big Caribbean success stories of the Olympics, were noticeably short of representation at the conference, which is aimed at devising ways in which countries can help their populations benefit socially from involvement in sport.
Neither of the medal-winning athletes trains in his home countries. Walcott is based in Florida, while James trains at his University of Alabama campus.
All of Jamaica’s gold medalists at the last Olympics train on the island.
There has been talk about developing a Caribbean sports academy. Both Mr Miller and Mr Stoute agree that the region should unite for a common goal, in much the same way as they have politically through Caricom.
"The rest of the Caribbean has to build on Jamaica and Jamaica's success. We need to use Jamaica primarily as the catalyst," said Mr Stoute.
Mr Fennell, however, is wary when it comes to putting the theory into action.
“We’re not short of theory, but [it depends on] whether we can have a firm commitment for the resources… for the base money… required in order to have it going,” he questions.
“And then you add on to it as we go along.”
Tweet
Related stories
Jamaica’s future sporting plans (October 2012)
Rewarding gold with gold (December 2012)