Short Story Contest - About our winners 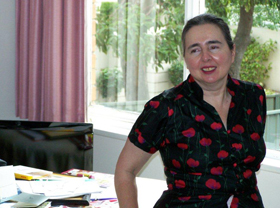 Jennie D’Ambra writes about winning the first Caribbean Intelligence Short Story competition
“I am thrilled to be the winner of the Caribbean Intelligence Short Story Competition. The win is hugely significant for me, personally, because it is the first accolade that I have won. So I would like to thank the literary judges for bestowing me with this prize.
I have lived for all of my life in Australia, mostly in Melbourne. Inspiration for my writing comes from all sorts of places. The visual arts, particularly painting and photography, are an essential source of pleasure, inspiration and engagement for me. I couldn’t live in a world which was devoid of art. Also, I enjoy film, music, and literary criticism.
The human life is infinitely fascinating to me. What fascinates me is what is bared when you pare back the layers of covering to reveal the essential self. It is the bared soul; without embellishment, falsehood, self-deceit. Coupled with this, I am interested in the intersection of life with time and place. The recurring themes in my writing are identity, change and fate.
I love the solitariness of the writing life. To be at peace with one’s thoughts is pure pleasure for me. My foremost literary icon is the American playwright, Tennessee Williams, because of his pursuit of inner truth through literary expressionism. And I think this is what my writing explores. Other literary influences come from Eugene O’Neill, Ernest Hemingway and Somerset Maugham.
When I first read about Joe Walcott my response was intensely felt, textured, almost tangible. Reading about his life’s journey touched a nerve and I was ready for the creative writing process to begin. For me, this is a synthesis of feeling, creativity, intellect, subconscious and craft. If any of these essential factors is missing, it seems to me that the story will be flawed. “
What the judges had to say:
“Inspired by the true story of welterweight champion boxer Joe Walcott, who left Barbados for the US at the age of 15, the teenage narrator makes the reverse journey when his stern grandmother turns him out of his Boston home and tells him to “go and find a life”. This story has the mysterious power of a folk tale and the excellent writing evokes first the harsh, cold life of the poor in Boston and then the brilliant sunshine of the Caribbean.”
Tweet
Click here to read Box by Jennie D'Ambra

Delroy “Nesta” Williams had this to say about himself and his work.
“Delroy “Nesta” Williams considers himself a poet, although he has written a few short stories, songs, plays and articles. He started writing poetry at the tender age of 10 after being exposed to the art form at the Dominica Grammar School.
At the inaugural Nature Island Literary Festival, Nesta performed during the open-mic session for new and aspiring writers and performers, where he received tremendous feedback and encouragement. As a result, he decided to place greater emphasis on his writing, particularly poetry. He has since participated in and organised many poetry shows and activities including the Many Moods of Love poetry competition and show, the Colours of Emotions and Word, Sound and Power.
In November of 2011, he launched his first book of poetry – One Room Shack. The book has received positive reviews and Nesta is already putting the finishing touches on his second book, Moods and Attitudes. He was awarded second place in the Independence Short Story Competition for a piece entitled Hair On My Chest - his very first submission in the competition in 2011.
Nesta has also hosted radio talk shows on Kairi FM Radio and is an aspiring playwright. He is also deeply involved in youth and community development and was at the helm of the National Youth Council of Dominica up until July 2011. His involvement in the NYCD and other youth organisations and activities contributed to his achievement of the Mayor’s Award in Youth Development in 2010.

Judge’s comment on Cricket in the Streets:
“This story, which captures the terror and determination of a young batsman facing an aggressive fast bowler in a neighbourhood cricket match, is both funny and engaging. It has the reader cheering on its hero as he confronts his terrifying opponent.”
Click here to read  Cricket in the Streets  by Delroy "Nesta" Williams.
Tweet